Back once again, mother fucker yeah, it's me. Got to this later than I anticipated, but, as with the Academy Awards, now seemed like the best time to put a bow on the previous year in cinema. Also because some things didn't push out to the public at large until even later than normal and seemed like things that I needed to include in my final count. Of course, I am currently accepting all 2021 screeners. Oh yeah, some 2020 things for the Academy are 2021 for my list because of how and when they played or released. For further reference on that, I do have a public list of all releases I'm counting as 2020 eligible. Things have changed since I did my Best Of The First Half, almost a year ago now, so might as well just go get in to the list proper.

Went in to this one with lofty expectations given how long I'd been looking forward to Sean Durkin's follow up to a previous entry on one of these lists: Martha Marcy May Marlene. And it ended up being worth the wait, opening up and revealing itself in a methodical manner. Both from the way that Jude Law seems so much at the center early on to eventually give way to Carrie Coon's powerhouse performance. The film pulls influence from domestic dramas, psychological thrillers, and even Gothic fiction, but blends them all together to create a compelling portrait of this family's cracks and breaks. 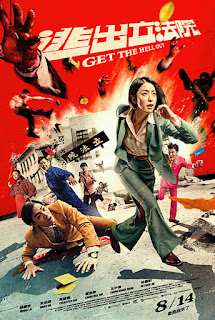 Conversely, I didn't know what to expect with this film outside of it involving zombies, a subgenre that typically hasn't worked for me in the past. But this sucker really blew me away pretty much from the opening. Visually, I'm not sure anything I watched last year was as arresting as this film, bringing an anime to life in the way that any attempt I've seen before has not. Even reflecting on it now, the way color is used, the editing, how shots are framed, it was hard to believe that translated to live action. I probably do not have the full sociopolitical knowledge of Taiwan to get everything that it's touching on with the narrative, but that also doesn't keep it from being a successful joyride from moment to moment.

One of the earliest films I saw in 2020, Kitty Green's narrative debut sees her looking at a day in the life of the titular assistant as she navigates the inner workings of a film production company, and using this as a means to examine the way power manifests and is abused by those at the top, at the expense and silence of the women in the industry. Though, while there are clear indications that it's about the world of film, having the mostly mundane office be the primary setting allows these concepts to broaden out and be applicable to many types of environments. The way Green uses the specific to confront the larger topic manifests in the strong control she exerts over pacing on a scene to scene basis. This film is one I wrestled with a bit when I left, but as I've had more time to look back on it, the more it has risen in my estimation, and the stronger I find it, especially in a world where no industry seems to have found an effective way to confront sexual injustice.

If Get The Hell Out had the most distinctive visual style of last year, I think that there wasn't a film that made better use of scene to scene individual visuals than Brandon Cronenberg's Possessor. An amalgamation of genres, this blends elements of body horror with a spy film and even heists to an extent. And the way it balances them all to create a transfixing experience is admirable in itself, but to do so without sacrificing the emotional weight is perhaps the most impressive part. In a year that saw Christopher Nolan return to some of his most detached, hollow filmmaking, Possessor stands in sharp contrast in the way it executes on high concept plot and the personal story of the characters.

One of the more surprising films of the year, this intersecting point between a failed Youtube streamer and probable incel killer is anchored by a massive performance from Joe Keery, in a way that I definitely was not expecting based on what I'd seen of him before. Inventively shot, this puts a spin on the screen film that we've seen before in things like Searching and Unfriended, not normally putting everything on a fake-but-you-know-what-it's-supposed-to-be-app but mixing in those moments with the more traditional focus on the action as the driver streams out his killing spree. Taking just enough of a modern spin on a fairly traditional narrative succeeds more than it probably has any right to. 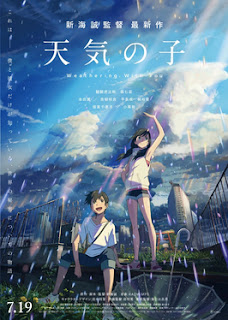 If it wasn't the first film I saw counting for 2020, it was among the first, and has had the staying power to remain pretty high when all was said and done. A stunningly animated film, the latest from Makoto Shinkai isn't all just looks though, using the freedom that animation allows to tell a wondrous story but keeping it focused on the human connection between its characters. The film has lofty ambitions, ones that are not always completely hit in the way Shinkai accomplished with Your Name, but the willingness to take those swings is sometimes enough in itself, especially in the moments when they really do connect.

Did not do all that much reading up on this one before going in, only really knowing that it was about a man dealing with dementia and how that effected his family, and I'll be the first to admit this film seemed like a traditional Oscar play that I was ready to write off, but turns out that sometimes even I can be wrong. Hopkins on his own is very good, but it's the script here that is the real star. An adaptation of the director's own stage play, it is constructed in such a way that places the viewer in the perspective of Hopkins's father as his grip on the reality around him warps and changes in small and large ways. And it's dramatic, but not capital D Dramatic in the way that would be simple for both the film and the source material (which I was unfamiliar with head in as well) to take. Yet the way it explores the central idea is much more unconventional, which is always refreshing, and especially so in a film that could easily have gone off the edge in to generic territory.

Ever since her earliest work, Kelly Reichardt has crafted films that have such a grasp on core humanity. Whether through connection, isolation, or the grounds between the two, her work is able to transcend time to examine the many facets of modern American existence. And with First Cow, she is able to put those, at least at times, in direct conversation with one another. In many ways, one can see this film as a culminating point of her career, traces back to Oldjoy defining the core relationship (however one may interpret it, as surprise to me that I did not see nearly as many queer readings of this as I noticed while watching), with the socioeconomic analysis that has marked her filmography. From the opening frame, to the beautiful conclusion, First Cow situates itself among both Reichadt's best, and the top films of the year.

Not sure how to write about this film, as the revelations throughout the film are powerful, though even the most cursory glance at pull quotes gives away the central metaphor that makes the film so powerful. To be fair, I went in knowing what this modern horror was exploring and it still nearly earned my top spot, so I suppose it's fine to disclose, but I guess I'll keep talking around it. Following three women in a family, specifically on the daughter returning to situate her aging mother in her presumably haunted house. Opting to not dive in to man jump scares, something that I always appreciate, the film still creates a sense of dread and melancholy that hovers over everything, all the way down to a mournful final frame.

The latest from Charlie Kaufman has him adapting a novel that has him bringing the material to life in only a way he could. Reflecting on the way narrative functions, the film uses multiple misdirections to resituate a viewer's understanding of how we are viewing certain characters and the power with which voice shifts both our perception and understanding of storyteller. On a moment to moment basis though, it's not 'too clinical' in the way that literary reflection can get, packing great performances with sharp dialogue and enough humor to balance the more serious themes that the film grapples with throughout. But, above all else, this film tackles one specific topic (even having a title that plays to the idea of perspective and understanding) that gets overlooked in so much fiction, and handles it with consideration, care, and understanding that I've rarely, if ever, seen.

And that officially ends 2020 in the the world of cinema. There were, as there always are, a couple of things that I wasn't able to get to, even with the extra time, but I'll link my Letterboxd list of everything that I considered eligible. If there is something I missed, let me know in the comments below. Won't be long now before I'm back for the best of the first half of 2021, which I need to start working on now, because my list thus far is particularly paltry for this time of the year.

Comments are welcome and, for anyone with a literary mind, I encourage checking out my poetry blog filled with all original works for your reading pleasure.
Also, I am on the old Twitter thing so I guess you can follow me at twitter.com/r_thor1.
And if you want to know what I'm watching, listening to, playing , and reading you can follow my tumblr account!