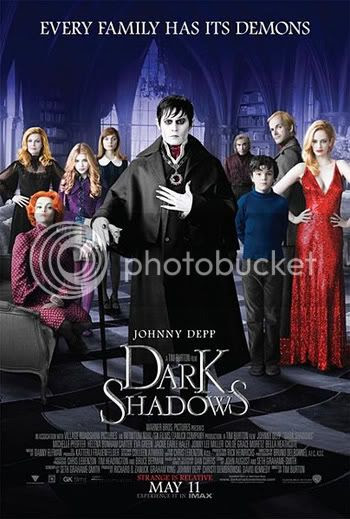 In many ways I grew up loving the films of Tim Burton and he holds the most spots of any director in my personal Top 97 Greatest Films, so much so that all the recent attacks on him regarding his recycling and rehashing of material, no matter how illogical, unfounded, or simply talking-point-surface-level-dismissals without much credibility tend to bother me. They bothered me so much so that after seeing Alice in Wonderland in IMAX, a film that I found enjoyable but severely underwhelming considering that it followed up what I consider to be Burton's best film in Sweeney Todd and in comparison to his entire filmography, I wondered if some of these attacks were not entirely off point.

And then the trailer for his latest (of two 2012 releases) film Dark Shadows hit the internet a few months ago and I became worried. It all started out excellently, recalling Sweeney Todd, but then it indulged in comedy while "Season of the Witch" played loudly and I was puzzled. The jokes were lazy, the premise seemed thin, and it just left a sour taste. I should probably mention that I have no experience with the original 1960's 1,000+ episode series. Either way, as I walked in to the theater, I was afraid. Perhaps this was the turning point, perhaps Burton really has lost his way. Or perhaps, just maybe, I was fooled by another misleading trailer.

Read more »
Posted by Rich Thorne at 2:41 PM No comments:

Every Superhero Need His Theme Music 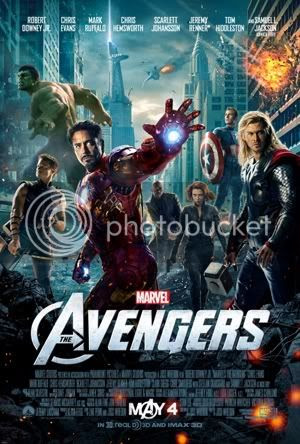 Only once have I attempted writing an extended fiction piece. It was a silly story that I hardly remember, but it was kind of playing on the idea of all the small events in a town that built toward some larger story in a Winesburg, Ohio kind of way. I kept losing track of the connections and eventually gave up, so when thinking about how Joss Whedon's Marvel's The Avengers attempts to fit together so many individual parts I can't help but be impressed by how much of it feels seamless. Sure there have been minor film crossovers, most notably Tony Stark showing up for a brief appearance in The Incredible Hulk or Nick Fury basically having his hands in every franchise film at some point. But often when all the pieces are assembled the result can easily feel inauthentic. For the most part Whedon's blockbuster gives all the heroes enough of a reason to join forces aside from the obvious "we would like to make money" mantra of Hollywood popcorn movies. All of the character groundwork has been, theoretically, set up, and Marvel's The Avengers is able to act like a grand sequel, but the thing about sequels is that many of them feel redundant, so how exactly does Whedon navigate this problem?
Read more »
Posted by Rich Thorne at 1:24 PM 2 comments:

A Game of Thornes 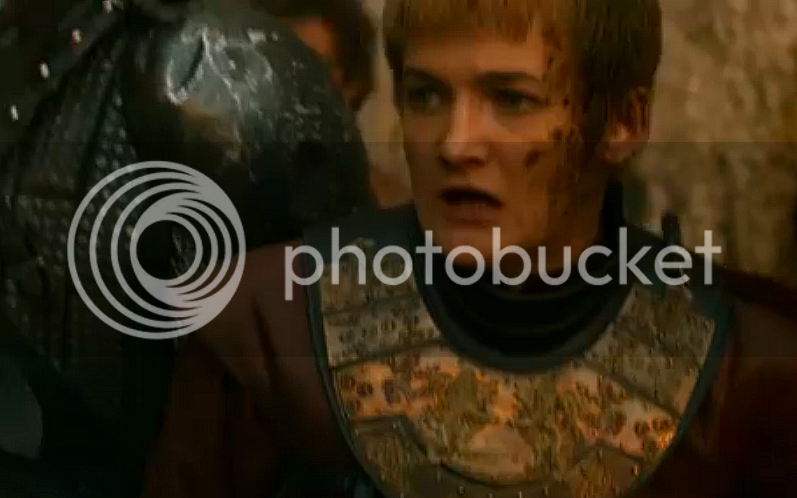 Earlier this week I was invited to take part in a discussion of the latest episode of Game of Thrones with Kate Kulzick, Michael Waldman, and Simon Howell over at the SoundOnSight Game of Thrones Podcast. This historic event marks my first ever podcast experience, and it was great to have a bunch of friendly, intelligent people to help make the process enjoyable. Going in I was a bit nervous, and I think it shows a bit, but in the end it was a blast.
Read more »
Posted by Rich Thorne at 7:38 AM No comments: