Remember When We Had Them All On The Run? 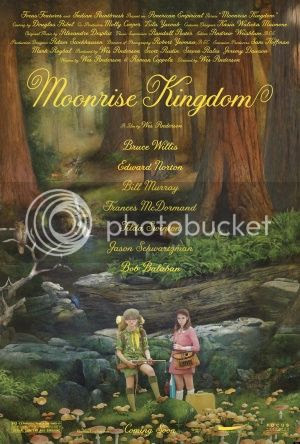 I never went to summer camp. I don't know if that makes me an outlier to the quintessential American experience, but growing up I never spent a day of summer at a day camp. Looking back I'm not entirely sure what I missed, but the romantic notions that I have associated with what occurs at camp (thanks in no small part to Salute Your Shorts) have always left me wondering what would have changed if some of my summers were spent in this idealized wonderland of quasi-freedom. Now of course I'm sure no camp is anywhere close to how I imagine, but I think what draws me to it is the fictionalized allure of sorting out all the strange feelings of approaching maturity with boys and girls who were all on the precipice of adolescence. And it's this feeling, one that permeates throughout the whole of Wes Anderson's latest film Moonrise Kingdom, that makes my imaginary sanctuary a semi-tangible reality. This almost fairy tale that is underscored by so much painful reality, an escape that forces confrontation of truth.
Read more »
Posted by Rich Thorne at 6:31 PM No comments: 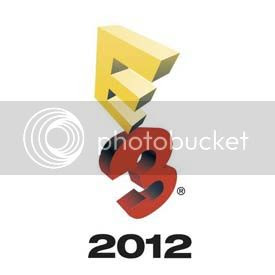 Nintendo's press conference, one would imagine, had to already be pretty much set in stone. While we didn't know exactly what would have been shown (and quite honestly when it comes to Nintendo who ever does?) we knew that there would be a heavy focus on explaining the upcoming WiiU, presenting information about the console, and showcasing which titles we can expect to play. With Sony and Microsoft having no new consoles to showcase, there was reason to drum up excitement for this presser. Lip service would likely be paid to the 3DS, but this conference was all about firing the first shots in the next generation battle.

So after a lackluster show by Microsoft, hours later the ball was placed in Sony's court. Starting out with a montage that sweeps across the range of Sony products it was clear that Sony came with a stacked line up. Much like Microsoft, Sony already said they would not be announcing a new console prior to the start of E3, so the games need to speak for themselves, and they did an awful lot of talking.

Read more »
Posted by Rich Thorne at 7:38 PM No comments:

Though Microsoft led off this year's E3, it came without the sort of fanfare I had hoped for. Though the company had already stated that there were no plans to discuss new consoles at this year's show, I'm not sure I was prepared for what would equate to an all around dull media briefing. Though games and features were showcased, there was a noticeable lack of excitement both by the presenters and the audience throughout the presentation, which caused an ominous atmosphere that put a damper on the whole affair.

Not much was shown of the new title South Park: The Stick of Truth during Microsoft's event aside from a stunning trailer that perfectly captured the television show's aesthetic. We know it will be an RPG, you play a new character who you can customize, and Matt Stone and Trey Parker were brought out on stage to assure that they will have a guiding hand in the creative process.

Though details are still a little scarce about the title, it did show that along many faces from the show will be present. Butters, Jesus, and the Goth kids are some of the individuals you will be running in to during the main quest.

Not much else is known, but if it's lovingly injected with references from all of South Park's storied history and combines that with even standard RPG gameplay all should be right in the world.

Is this the most exciting game shown at Microsoft's press conference?

UPDATE: The game is currently slated for launch on March 5th, 2013.

After taking a little bit of time off it seems that Sam Fisher is ready to return in the Ubisoft's latest installment of its long running stealth franchise. While no date solid date was given (Sping 2013) for Splinter Cell: Blacklist, it was said that Sam the game will have all the bells and whistles one would expect in a quasi-stealth game. You can play co-op, multiplayer, and Spys vs. Mercs makes a return.

The footage from the demo also features Sam stringing together kills in a matter of slow motion seconds that seems more reminiscent of a fighting game or Ninja Gaiden. The game definitely looks fluid, so it will be interesting to see how it actually feels when we can finally get some hands on time with the game.

Presumably Sam Fisher also drinks heavily and beats up terrorists.
Posted by Rich Thorne at 9:55 AM No comments:

Though I have not done a lot of video game coverage (or much coverage at all) lately here at Processed Grass, today is a huge day in the world of games. As such, I plan on doing an analysis as the pressers that are happening today. At the end I'll try to do a comprehensive recap where I process and contextualize everything. It's like Christmas all over again!

I'll also be doing some shorter live tweets on Twitter, so make sure to check me out there @FLYmeatwad as well!
Posted by Rich Thorne at 9:25 AM No comments: