Albums, albums, albums! While the year is not yet over, it has truly been a fantastic year for full fledged musical works of artistry. So much so that when composing my list for this Quarterly Review, even compared to the first and second, selecting just ten albums was damned difficult. Unlike with songs, there are so many factors to consider when deciding what constitutes a great album. And while there are a number of entries that continue to linger, the new additions may very well move up as the year starts to close. 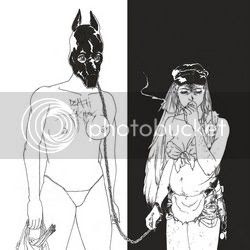 Before Death Grips started making headlines for having an erect penis on their soon to be released album's cover (should be said that, if the link and words aren't enough there is a picture of a real person's erect penis in that news story, so click it with caution or something if you don't get that there's a penis and don't want to see said penis), their unique blend of quasi-hip-hop earned them a well deserved spot on this list. There's this kind of uncompromising force to their music here that is simply captivating. The actual instrumentals are intense as well. It's kind of this wonderful blend of sounds that partially defines 2012. 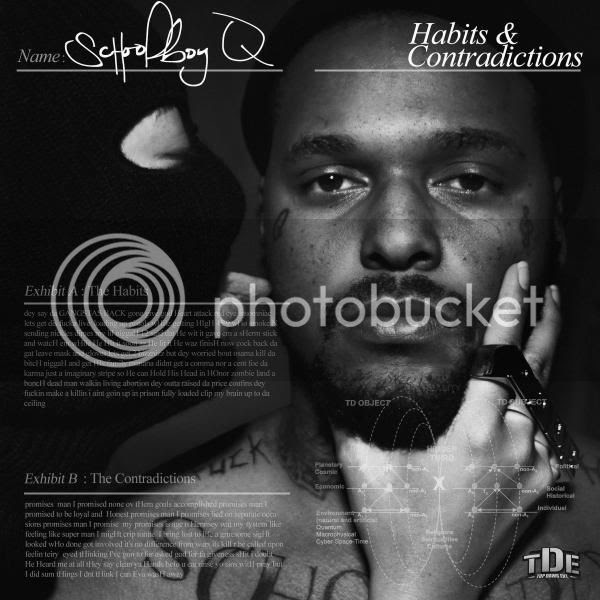 While it continues to falls slightly, this is one of those albums that hooked me since I first heard it and feels like it deserves a spot here just for lasting power. Thus far the year has been huge for hip-hop, and in large part the minds at TDE are responsible for this return to form. ScHoolboy Q's unstable style commands attention, and he still has mine. 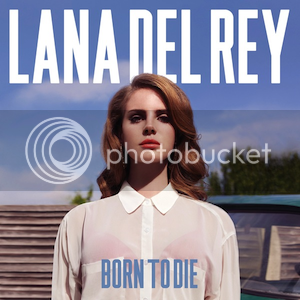 Though the blog buzz surrounding Del Rey's controversial ascent to overnight fame has dried up, the lush sounds that she creates on her debut album remain as sprawling as ever. It's through this expansive sound that Del Rey's music transcends itself and remains one of the year's most engaging listens despite the absence of daily blog posts about her every move. 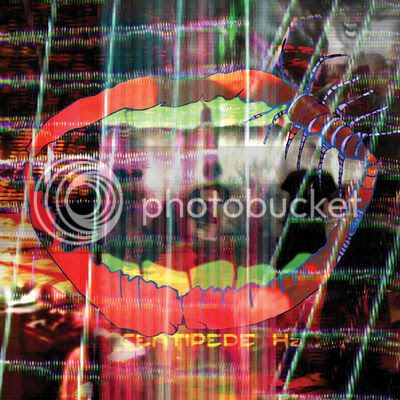 Many seem to consider the latest from Animal Collective a step back from their previous album, but while the highs here aren't on the same level as a "Brothersport" or "My Girls" the majority of Centipede Hz is much more rewarding. The interconnectedness of tracks is a strength of the band and their signature layering of sounds, but the shifts that occur here are what make this release so engaging. 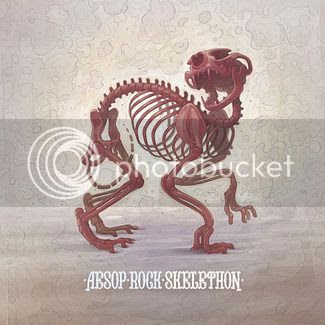 It's been a while since Aesop Rock's last release None Shall Pass fought for a best of spot on a non-existent year end list of mine, and though I was a bit skeptical after hearing the first single from his newest album the scope of this work is absolutely astounding. Aesop Rock continues to develop as a storyteller, creating some of the most unique and haunting characters of the year. 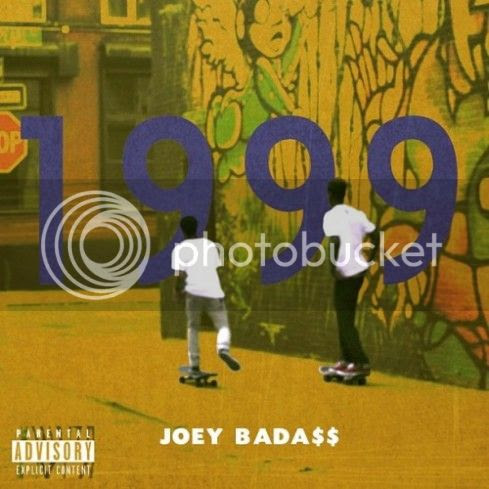 Ascending the charts is the young Joey Bada$$ of New York's Progressive Era crew. Though it's not yet represented on the list, mostly because I feel like I need to listen to it a few more times, his crewmate Capital STEEZ also dropped a great mixtape this year that could compete for a top ten slot. But what is so transfixing about Joey Bada$$ is the selection of beats, ranging from self production to MF DOOM productions, that channel this nostalgic sense of hip-hop at its finest with enough lyrical complexity and modernity to give it a sound all its own. 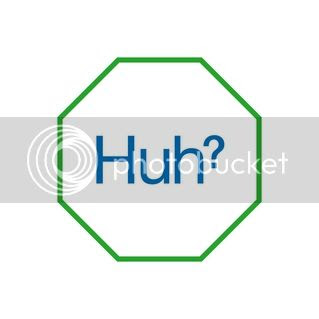 Much like standout track "Hey Jane" there's this grandiose sense of wonder that remains contained and controlled. The most instrumental heavy of the albums to make this list, Spiritualized do not let this prowess overwhelm the songwriting, which makes it even more impressive. 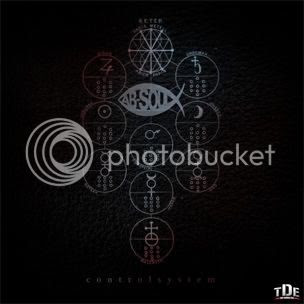 Falling ever so slightly, but still easily the most complete hip-hop album of the year, is this introspective look in to TDE's Ab-Soul. Though he doesn't possess the same level of manic energy typical of ScHoolboy Q, Ab-Soul's perspective and lyrical skills are second to none. It's through these lyrics that Ab-Soul separates himself from other artists, and it's what gives me a ton of hope for his future as an artist. 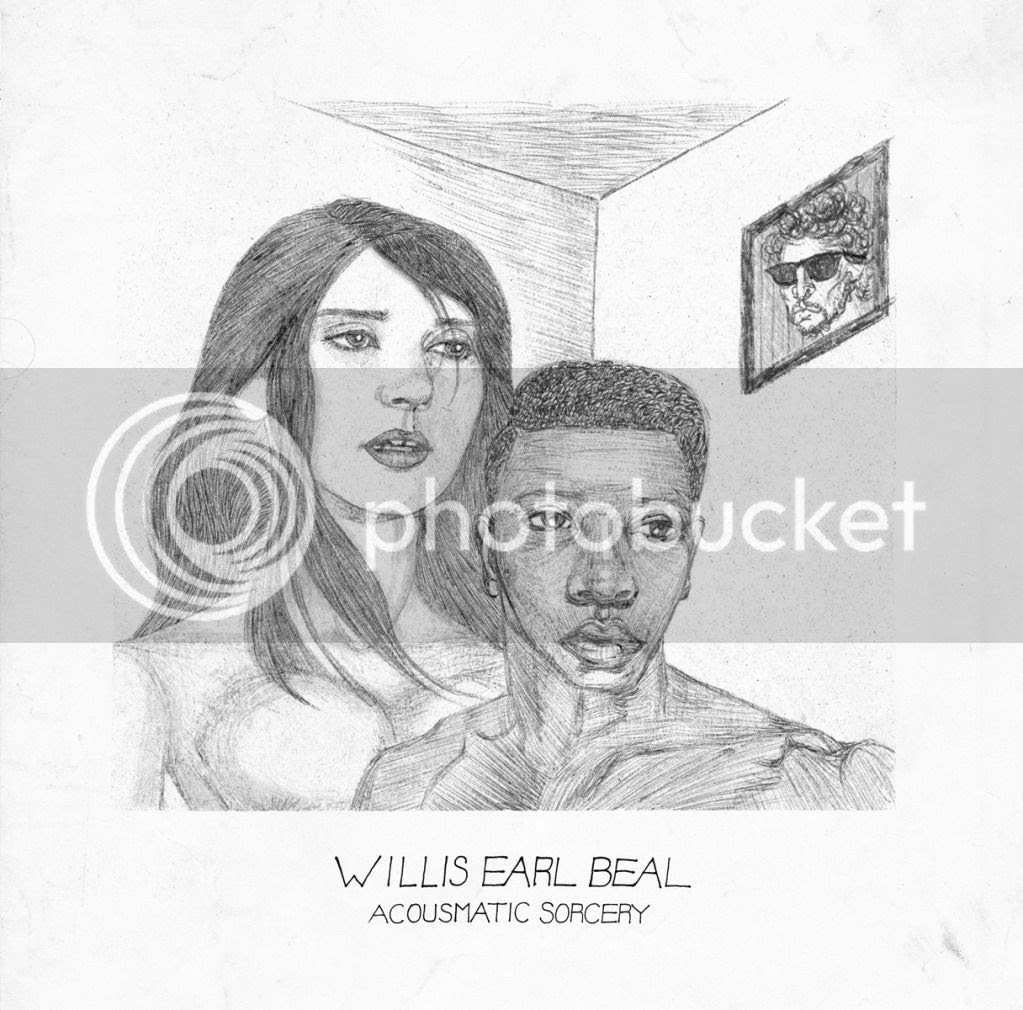 Climbing the list a bit is the debut album from Chicago singer-songwriter Willis Earl Beal. I haven't had the pleasure of seeing him live, but hearing the rawness and variation from track to track here indicates that he would be one of the most impressive live performances to see in quite some time. The range and scope of sounds that he displays encompass the world of modern blues that acts as a blast of fresh air for the year. 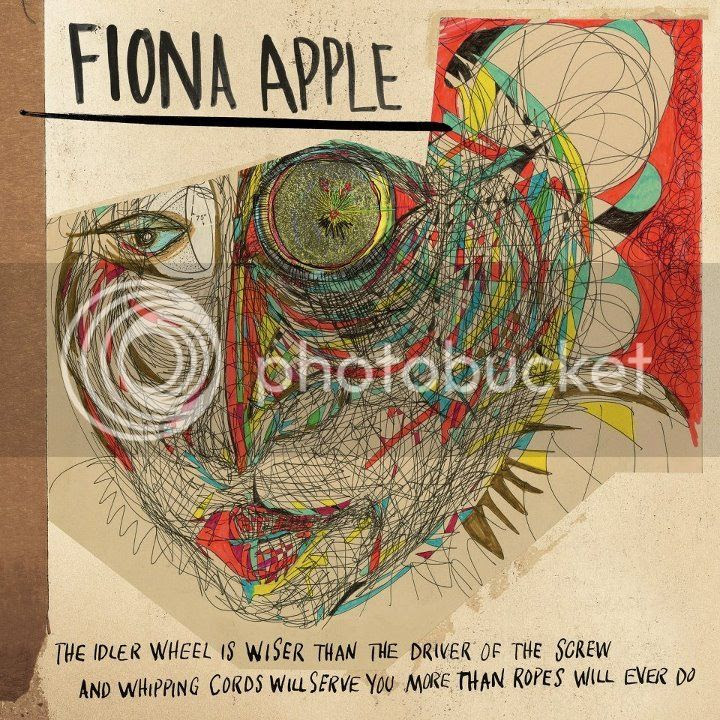 1. Fiona Apple - The Idler Wheel Is Wiser Than The Driver Of The Screw And Whipping Cords Will Serve You More Than Ropes Will Ever Do (No Change)

Yet when I think of this year the first album that jumps to mind is Fiona Apple's latest opus. From start to finish this album is nearly flawless, both in terms of sound and songwriting. Thematically it is connected, there's a logical progression from song to song, it's a technical marvel and an emotional roller coaster. I liken this, at least in part, to Strange Mercy from last year in the way it gazes over all the other works released in the year. It's going to take a masterwork to unseat Fiona, I believe.

And, for those keeping track, here's my unabridged ranking list as of now...

There we have it, the entirety of the year so far. Or, you know, at least what I have synthesized as of right now. You never really know what will change. What will rise. What will fall. That's why we track these things. Did I miss something? Do I NEED to get to something before the year's end? Let me know in comments!