It's hard to imagine that only about a year ago people were still having debates about what the next Nintendo system was going to be called. Fast forward to today and not only has the WiiU been out for a number of months, but not we have new consoles from Microsoft and Sony on the not so distant horizon. It's pretty crazy to finally be approaching the start of a new generation (and by extension the end of another, though with games like GTA V, South Park: The Stick Of Truth, and even tomorrow's The Last Of Us still not out it's kind of hard to call it the end of one as well) after going through the longest console generation so far. But as E3 showed us once again this year, whether or not you're planning to upgrade consoles at launch or sticking to the older systems (original Wii not withstanding), there should be plenty to look forward to before we are here once again next year building the hype all over again.

Let us get the elephant in the room out of the way. The Sony press conference was great. If you were on Twitter Monday night you probably saw the proclamations of Sony's rise to power and the premature death of the Xbox One. I really liked Sony's presser, and while I am clearly not going to shut down Microsoft I am definitely more excited by the potential the PS4 offers.

Now I say potential because the launch lineup, as one would expect with it being a launch lineup and everything, doesn't have me considering cryogenic freezing of my body until it's out in an attempt to soothe the ease of the wait ala that South Park episode about the launch of the Wii. Sure the titles they showed looked great, but the most tantalizing bits from the conference are in the future. Presumably. I am most excited, as someone with a terrible six year old laptop and no desktop, with the notion that the PS4 can become some sort of Steam box. A place where it's easy to port smaller PC only indie games over to the PS4 and the Vita. 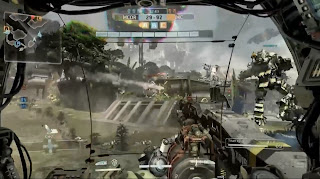 Conversely the Xbox One, which I am probably not getting at launch because things cost money (sorry if this comes off as biased, I had the funds for the PS4 and couldn't get an Xbox One preorder in anywhere, so I will get it but probably not until January at the earliest), seems to have the piece of software that has impressed me the most throughout the entire show. With Titanfall, the first game from Respawn and an Xbox exclusive title, I saw what the elusive idea of "next-gen" could look like. Led by one half of the minds responsible for the Modern Warfare series, the way single player elements seamlessly blended with a multiplayer experience seems to preface a type of game that will be emulated for years to come on these new machines. Yeah there are still big numbers popping up on screen as your mech shoots people, but compared to the demo of Destiny which seemed like slightly prettier Borderlands the footage from Titanfall looks like a massive leap forward.

But outside of that and the Pet Rock simulator Project Spark, I had trouble latching on to much else shown to be exclusive on the Xbox One. Which makes sense given the trend this generation of more games going multiplatform. And damn do a lot of them look glorious. What has been shown of Metal Gear Solid V: The Phantom Pain has been damned impressive. It's easy to see horses and call it Red Dead Gear Solid, but if that's what it becomes I imagine I'll be pretty happy. Few have the narrative audacity of a Hideo Kojima, video game's Kanye West, and now that he seems to be open to expanding on some of the MGS conventions by blending more Western design philosophies in to the game the world seems limitless. 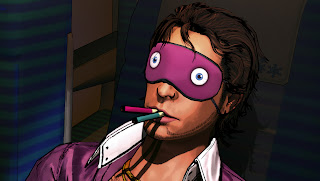 Actually one might call this year's E3 the one of narrative driven games. With a heavy focus on David Cage's latest Beyond: Two Souls, a new episodic murder mystery from Deadly Premonition mastermind Swery 65 in the form of Xbox One exclusive D4, and news about a DLC to the DLC game The Walking Dead some of my favorite games this year were the narrative driven ones. There were also booths for The Last Of Us which apparently got a lot of attention presumably from people who are going to have the hardest time in the world waiting for these new consoles to release. 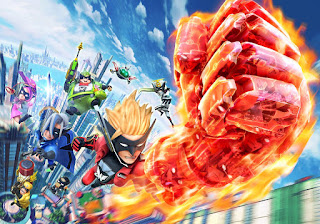 I haven't talked a ton about Nintendo yet, but that's because there weren't all that many surprises from them. The demo for The Wonderful 101 looks interesting, but whenever I use the word "interesting" to describe something I get scared that it is kind of meaningless and that reflects poorly on the game. So perhaps more intriguing than anything else, if that makes it any better. It's definitely one of the most evocative games I have seen thus far. Otherwise there will be a new Super Smash Brothers and it will have the lady from Wii Fit in there, which is pretty cool. Also there will be other Nintendo games. Oh yeah, Bayonetta 2 looks great but not much else to report there.

I have kept things mostly positive in this article, uncharacteristically so, and I think most of that has to do with lingering excitement. Yeah I love to write about games, but that initially comes from the notion that I love games and damn if this E3 didn't make for an exciting time to be a gamer. Will everything turn out great or will it all be shit? Like all things it will end up in the middle. But right now, for four wonderful days, everything is fucking great.

Note Of Interest: If I can pull myself away from The Last Of Us this weekend I might try to do a link/video/best of Twitter from E3 for those looking for the best coverage in the world. Or just a single game focus on the dying thoughts of a generation. Or just play The Last Of Us. So look out for that, or don't?

Which games have you the most excited? What did you think of the press conferences? Did anyone really 'win' E3? Let me know below!

And if you want to know what I'm watching, listening to, playing , and reading you can follow my tumblr account!
© 2013 Richard James Thorne
Posted by Rich Thorne at 9:40 AM