So here we are once again, back to taking a look at motion pictures and the best ones of the year so far and how things have all changed since the summer onslaught of superheros and shit came a knockin' and right on the cusp of prestige Oscar picks and some things that might trickle out of Cannes before the end of the year. These ain't albums, these ain't songs, these are films and that's what we're all here for any way, right? Right. So let's get this road on the show, so to speak. 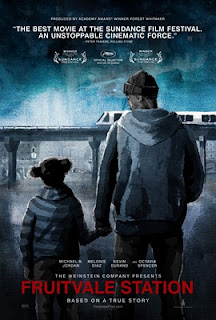 I approached this Sundance hit with a great deal of apprehension, as I'm sure many others may have as well when seeing that this was some film that seemed marketed as a take on exploring racism in America. These types of films have gone incredibly wrong before, and I fully expected that to happen again, but despite some over the top moments and a third act that is so overt in its emotional manipulation that it almost ruins what comes before it, Fruitvale Station does hit on some brutal truths. I'm not sure this film will remain this high on my list by year's end, but for now it's definitely one of the more memorable films this year. 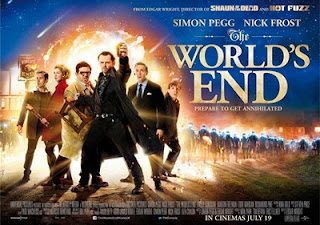 With Edgar Wright's previous two films (Hot Fuzz and Scott Pilgrim vs. The World), he established his name as perhaps the definitive director of comedy films and more than made up for the underwhelming Shaun Of The Dead. However, with The World's End Wright further refines the emotional core at the heart of his other films and blends that with genre satire in a way that provides one of the most exciting and funny films I have seen so far. Yeah there are some internal inconsistencies, and it doesn't quite reach the level of his other films's greatness, but it's still damned fun. 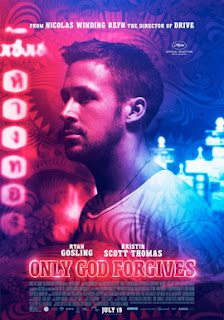 Coming off Drive, expectations were at an astronomical high for Nicholas Winding Refn, so rather than building on his quasi-mainstream success it seemed only natural that Refn seemed to actively resist traditional narrative and focus on telling as much as possible with as little dialogue as he could. The result is a beautiful fever dream of a film that leans heavily on metaphor and visual motifs to communicate its themes. It's perfectly audacious, rewarding and layered, and uncompromising in its vision. 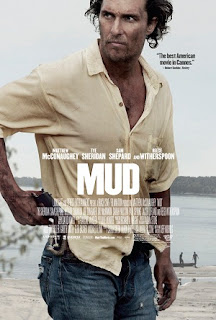 Jeff Nichols's latest coming of age drama has been compared to the works of Mark Twain, and with Nichols's appeals to the universal and timeless, even in a semi-modern environment, it's unsurprising that such comparisons have been drawn. Nichols handles the titular Mud with care, but in doing so he also never loses sight of the two boys at the narrative's core. It's this trained focus, along with the film's lush cinematography, that makes it such a delight to watch. 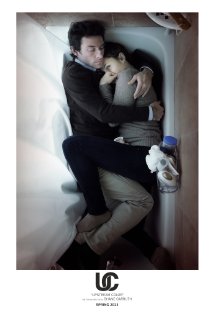 Unlike Primer, Shane Carruth's latest is much more focused on the larger thematic ideas of the characters on display, communicating emotion as well and theme through his own visual language. There are plot intricacies, but they become mostly secondary to the larger concepts regarding human connection throughout the film. In a way this film gives me feelings similar to those that I hear people talk about when discussing Eternal Sunshine Of The Spotless Mind, but then I remember I'm a heartless bastard and just go back to pondering. 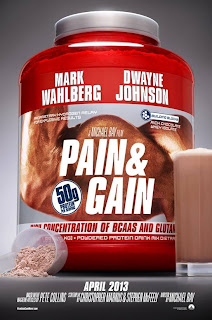 Michael Bay is back. Michael Bay is here. I don't know, I guess one of these statements is correct. I'm not incredibly well versed in the action aficionado's oeuvre. But with Pain & Gain Bay filters There Will Be Blood through his own candy coated aesthetics. Anchored by some great performances and a script that is as knowing as it is ridiculous, Pain & Gain wonderfully deconstructs the notion of the American Dream in a startlingly effective manner. 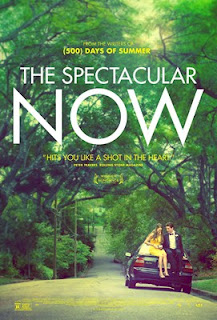 This film has problems. It's littered with people who are mostly just plot devices. It spends a ton of time away from the school, an area that helps establish so much in coming of age films. It hinges a huge emotional peak on something that is neglected throughout the film, or at least something used in other manners until has to be used for a specific purpose. But damn if the core of Sutter (Miles Teller) and Aimee (Shailene Woodley) doesn't make for some of the most compelling scenes I have seen this year. I'm a sucker for a film like this, so what do I know? 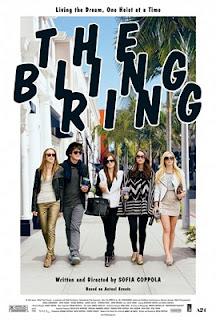 More about materialism and the American Dream, but this time filtered through the outskirts of high society. What makes Sofia Coppola's based on a true story tale of teenage capers stealing from celebrities is the perspective with which the film is presented. It allows the idea of consumption to take center stage, and let the film develop from there. It's all mighty impressive. 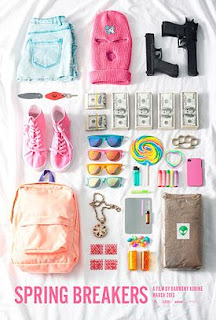 Look, I'm not here to write a think piece or anything (because I need to rewatch the films first), but Harmony Korine's latest wonderful film experience is another meditation on fame obsession in America and how it contributes to the decaying American Dream. This, of course, is filtered through the lens of fantasy, underscored by scenes from My Little Pony, phrase repetition, and a pulsating soundtrack that plays with juxtaposition of sound. Technically brilliant, thematically dense, one of the best. 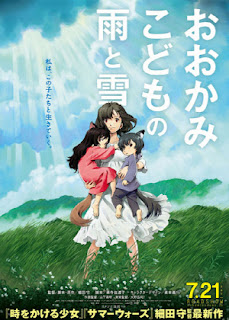 Recently the master of anime features himself, Hayao Miyazaki, announced his retirement. Surely his retirement means a great loss to the world of cinema, but when there are people like Mamoru Hosoda making films like this one perhaps the transition won't be so painful. The gorgeous visual design works in conjunction with the familial bonds in the film to make for one of the year's most emotionally engaging works.

And with that we have come to the end once more. That's it until the end of the year for these lists! That's pretty crazy. Some of you may have also noticed that these came a month earlier than normal. That was a gross oversight on my part, I counted wrong. It was no master plan. But that just means all the more MAJOR CHANGES by the time the year ends! Until then, check out all the films I have seen so far, I guess.
What do I need to see from earlier in the year? Let me know in the comments section!

And if you want to know what I'm watching, listening to, playing , and reading you can follow my tumblr account!
© 2013 Richard James Thorne
Posted by Rich Thorne at 6:13 PM