It's been a while, but I have a brand new keyboard and we are back in action. So how about starting off 2014 right? Well, I guess we can do that in any number of ways, but once the alcohol is gone and the sun has risen we are really only left with one option: Best Of Lists. There were (and may still be) plans to pair these lists with the launch of a very special Processed Grass podcast (a ProdGrast, if you will), but we shall see because despite this being a new keyboard I am now having some audio problems on my end. We'll see! I should say that all the shows on this list are the seasons that ended in 2014, not the ones that started. That mostly means network shows like Parks and Recreation, Bob's Burgers, etc. are being judged for their 2012-13 seasons, not their current 2013-14 seasons. Either way, on to TV! 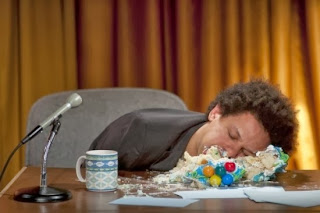 Back for a second season, Eric Andre's self titled show changed its look by expanding from a low-fi public access aesthetic to a full fledged HD set. Sure the set that gets destroyed at the start of each episode was the same, as was the general late night spoof formula of kind of passively interviewing guests broken up by strange man on the street segments, but most were handled with such brilliant absurd deconstruction that even when not everything hit quite as well as season one the end result was still one of TV's most engaging fifteen minutes. 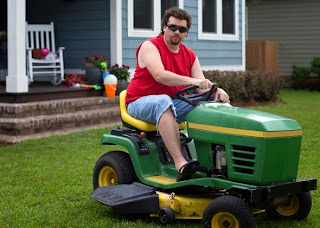 The third season of HBO's Kenny Powers saga was a bit of a letdown. There were still laughs, but not nearly as many as the spectacular season two. It also seemed to coincide with a potential decline in the quality of longtime episode director David Gordon Green. So it comes as little surprise that in a year where DGG seemingly 'returned to form' that so too did Kenny Powers. Removing him from baseball almost entirely and letting Kenny deal with a 'normal' (but not really) life allowed the show to center its focus on the characters once more, eliciting a sense of sadness at times that very few comedies dare touch. The addition of Tim Heidecker and Ken Marino also payed off in major ways. We seem to have reached the end of Kenny's story (who knows though, really), and I'm glad it was able to conclude in fittingly boisterous fashion. 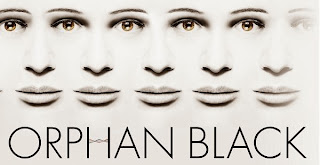 Last year was a banner year for debut shows, both critically speaking and in reference to my own twisted tastes that prevented me from being able to care enough about The Americans to bother finishing the first season. BBC's Orphan Black wasn't the best debut, but it surprised the Hell out of me. Talking about the powerhouse performance(s) from Tatiana Maslany at its core is the easy talking point, but that kind of brushes aside this entirely gripping murder mystery sci-fi conspiracy plot that drives those performances. I binge watched this show something fierce, which always makes me a little hesitant to anoint something, but when something keeps you that engaged it's hard not to at least appreciate it, right? 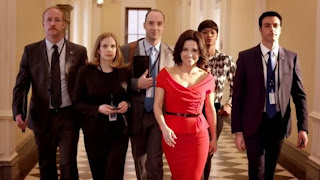 Entering its second season Veep had a lot to live up to, not only because its first season was so funny but also because it's still kind of impossible to escape expectations set by The Thick Of It and In The Loop even if that is completely unfair. Regardless, it passed with flying colors. No there was no "Get some fucking nuts!" classic quote, or if there was I missed it, but the entire work by the ensemble is so special and the writing so sharply consistent that on the whole this second year was even stronger than the first. There were also a few new character additions that worked out excellently. The whole show just feels organic, which makes it all the more scary, I suppose. 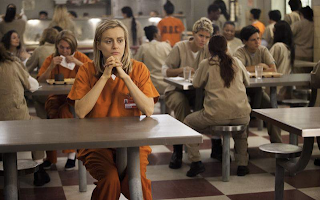 7. Orange Is The New Black

How about we talk about Netflix? Last year was the big coming out party for Netflix's original programming plans, and on the whole what we got was a mixed bag. House Of Cards was supremely dull, Hemlock Grove could have been alright conceptually but became so silly so early that I didn't even make it to the end, the return of Arrested Development was a great return even if the fabric of the show seemed to have changed, and then we have Orange Is The New Black. Few shows build world and character so quickly and effectively as this show did in its first season, which are two of the major reasons it ended up being so captivating. The show also is constantly building energy, so I'm super excited to see how it continues next season. 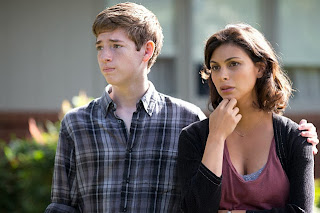 During this season of Homeland we went from The Dana Brody Variety Show to The Dana Brody Power Hour and eventually ended up with Where In The World Is Dana Brody? Not that I minded all that much, unlike many my tolerance for the Dana plot lines was fairly high, but there's little doubt that Showtime's flagship drama is at its best when it moves with such rapidity and confidence that, much like Carey herself, it becomes a force capable of ending global conflict all on its own. And damn if that's not what happened once again. There's always this sense that Homeland could go one direction, or at least build to that direction for quite some time, but then it either does something different entirely or just jumps to a piece of action so quickly that it becomes sort of refreshing. It's that energy that separates Homeland from just about anything else on TV, an ability to constantly build from week to week without squandering the momentum (the opposite of Breaking Bad, mostly). I'm not sure how it manages to keep it up, but I'll keep watching as long as it does. 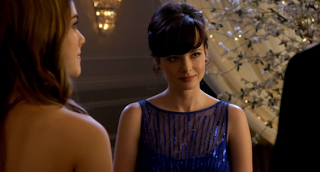 Oh MTV, I really don't know how we got here. With a 20+ season order of hit high school comedy Awkward. I was super excited at the prospect. And then the first half happened where we met Collin, and Jenna started spiraling out of control, and there wasn't that much Val, and I was just so worried. But, in what was series creator Lauren Iungerich's final season with the show, the second half of the season was so insanely strong, so rewarding, that it washed away all apprehension that I had during that long summer break. If the entire season was as strong as the back half we are talking about a possible show of the year contender. Still, thanks to so much unbridled emotion, so much development from where this show started to where it finished, so much confidence, such willingness to not just be a simple love triangle thing. It was just magical. Season four has a ton to live up to. 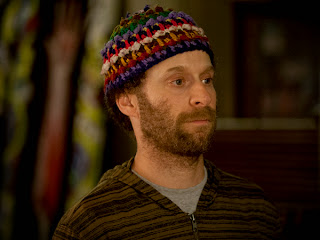 On last year's list HBO's fresh series Girls took the world by storm, and season two saw more of the same. There was more formal experimentation that seemed to leave some people cold, a bit too much time spent on Marnie's love life when the fissure between her and Hannah was the more interesting material, and a couple of other nits to pick (do people remember that Donald Glover was on like and episode and a half this season?), but by and large Girls was still responsible for an incredibly pointed investigation of emotion. But then there was also Jon Glaser and that was incredible. And, when it was all said and done, I'm not sure there was a better episode of television in 2013 than "It's A Shame About Ray." 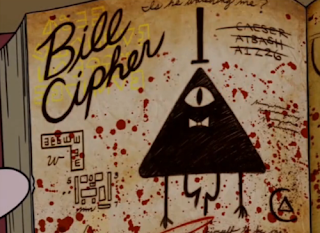 The reason I don't do television lists can probably be best summed up by Gravity Falls. Last year this show finished super high, and that was well deserved, but because of the way television is so contingent upon the notion of a season, and how much this concept is important to Disney's best program (along with the scatter shot way Disney Channel airs all of their shows), I reckon I should just make an exception that any Disney Channel show qualifies by the year in which it airs as well as by season. Anyhow, the way that Gravity Falls played its long game was right up there with Awkward. (though I am behind on this season of Boardwalk Empire, which tends to play its seasons with such interconnectedness that it is in a league of its own), and few shows have made me dive in to their lore with the ferocity that I have for Gravity Falls. It's going to be a long wait until Season 2 eventually starts up, but with the layers in Season 1 I doubt I'll find everything in there before it starts anyway. 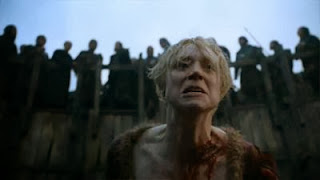 I'm behind when it comes to reading A Song Of Ice And Fire, been about halfway through A Feast For Crows for like a year now because I'm terrible, but since A Storm Of Swords is so great I had incredibly high expectations for Game Of Thrones this year. It actually exceeded those, providing some of the year's most thrilling moments even though I knew what was coming. It's easy to overlook how well directed each episode of Game Of Thrones is, but I think it's in this unity of vision, all guided but not dictated, by Martin that made this year so incredibly engaging. 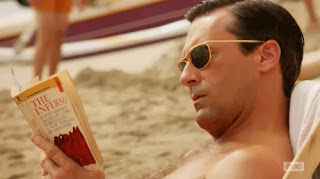 There was a contingent of people who felt this season of Mad Men, the one where Don grappled with his past, the one where Ken Cosgrove got blasted in the eye, the one where Bob Benson theories ran rampant, was somehow a weaker season of the show. Well, as it gears up for its final two seasons (or one season, or whatever, once again, fuck you, Breaking Bad), I get the sense that the show actually returned to the top of its game. The characters continued to make strides, Betty was back in full force, and even after thinking that we were losing Peggy after Season 5 she ended up being around for most of the season. When Mad Men is firing on all cylinders it really is in a league of its own, thematically rewarding and complex. What more could I want?

Here's the full list of all the shows I watched this year:

A few notes to be made:

Eaglehart: Paradise Rising is still ongoing and will have to qualify for next year's list.
I will be counting the final season of UK's Skins as three individual made for TV movies rather than a single season of TV since they feel more like films than a coherent season of TV, but I could be wrong in doing so and as such apologize to all involved.

Agree or disagree with the list? Did I miss something that I need to catch up on? Let me know below in the comments!

See everyone shortly for the best video games of the year!

And if you want to know what I'm watching, listening to, playing , and reading you can follow my tumblr account!
© 2014 Richard James Thorne
Posted by Rich Thorne at 10:43 AM