Okay. It has taken us a bit to get here, but as we progress farther in to the year that is 2014 it's easy to forget all of the great songs, albums, video games, and TV shows that we loved from the past year because, let's face it, it's awards season for cinema. And while there are some celebrating their Oscar nominations as the Academy drags the year that was 2013 in to the beginning of March 2014, here at Processed Grass we like to let the stars know earlier that they are being recognized for their greatness on the silver screen. So, starting with the best Supporting Performances, we shall recognize greatness. Break out the bubbly all the celebs who have been waited for this day, it's finally here! 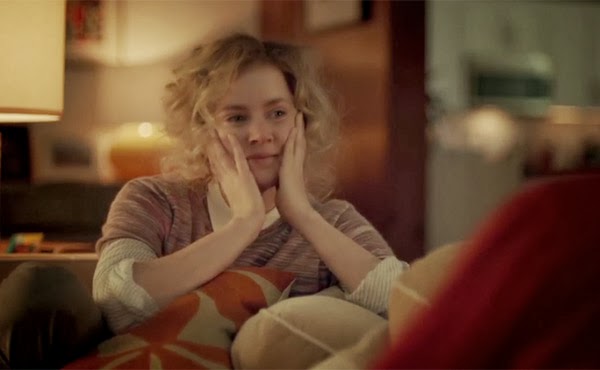 For the past couple of years Amy Adams has been featured in a number of films, but the roles that she was stuck with never really allowed her to show her full strength as a screen presence, so it was to great delight that last year she was able to showcase her talent in both American Hustle (one of the few good parts) and in Her. While her performance in Her wasn't as showy as her other major turn, she brings such charm and emotional core to a character that could easily be pushed to the side by the film's higher concept that Adams really shines through and, most especially, more than holds her own against the force that is Phoenix. Hopefully she builds on this momentum and continues to get the work she deserves in 2014. 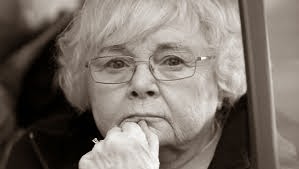 It could be easy to hate Squibb's character, especially early on in Payne's Nebraska because she just seems to be this shrill older woman whose only purpose is to shit all over her husband's insane dream. That's fair given the ridiculous qualities of what Willie hopes to achieve on his trip to Nebraska, but the way she's portrayed is just constantly grating. But then she's reintroduced later, her character beings to be fleshed out a bit more, and Squibb kind of starts taking over scenes. Plus she gets to deliver the best line of the year in "I ain't fiddlin' with no cow titties, I'm a city girl!" before exposing herself to a gravestone. So, I mean, there's that. 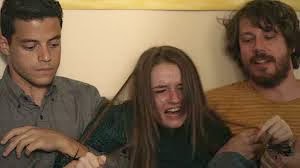 Short Term 12 is a film that kind of thrives on the emotions it is able to evoke in a viewer, and while it does tug a bit too hard at points that really has little to do with the actors. Dever, playing Jayden who is a teen dealing with the death of her mother, self mutilation, and bouncing back and forth between group homes, enters without much note. She's just a girl who scowls and then gets pushed off to the side, but before long Dever is able to bring more emotional depth to the Jayden character through moments of vulnerability and genuine excitement. Though what makes the performance special is that she never loses sight of the trauma that defines and motivates Jayden, the way it always propels the character, even in moments of vulnerability, is a handled with tact that one does not usually expect from someone her age. 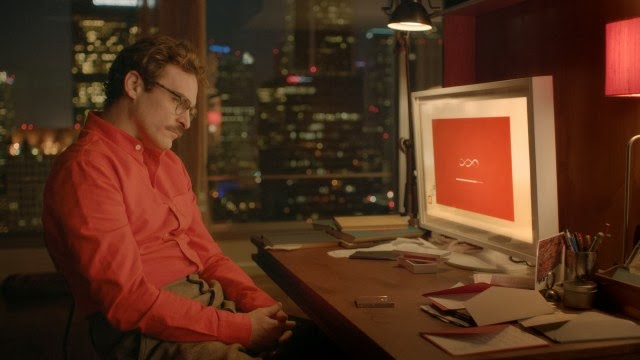 Many times acting is a visual art, but Johansson in the role of Samantha, where she exists only as a voice of an all purpose operating system, gives a fully realized performance without needing visuals, which is a massive challenge. I have been a huge proponent of voice acting performances in the past, and Johansson joins the likes of James Woods playing Hades in Hercules as one of the all time greats. There's nuance to the delivery of each line Johansson brings. Just as much as Phoenix's Theodore needs the audience to believe his connection with her, so too must we believe Samantha's compassion for Theodore. Without Johansson firing on all cylinders this entire film could fall apart, and she is more than up to meeting that challenge. 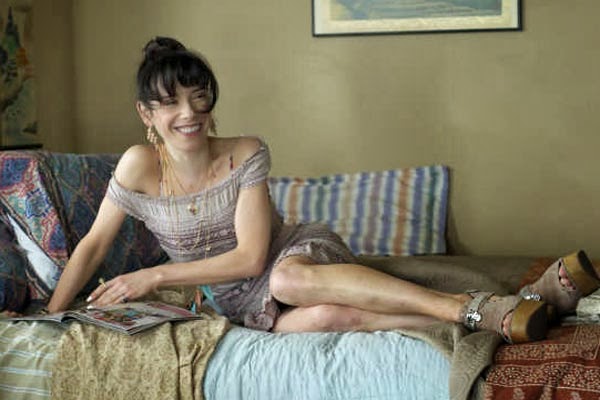 I really only know Hawkins from her work in Mike Leigh's Happy-Go-Lucky, a role that I never latched on to like some other critics, but her turn in Woody Allen's latest as the (quasi?)titular Jasmine's adopted sister makes me excited to see where she will turn up next. As Ginger, Hawkins is not given a ton of huge moments, which works because her character is not one prone to the outbursts that define Jasmine, as such the smaller moments are where Hawkins truly shines. Her reactions to her surroundings, an observer most of the time, create some of the film's more heartbreaking moments. But there's also this sense of awareness in Hawkins's performance, and that's the sort of emotional truth that I look for in great performances. 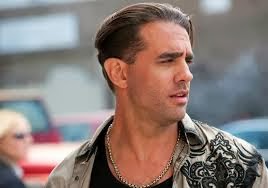 One of my biggest regrets from 2012 was that I kind of lost track of Boardwalk Empire, and as such I was not able to sing the praises from here to eternity for Bobby Cannavale's role as Gyp. Well, here he plays Chili who doesn't have the same sense of all encompassing dread that was found in Gyp, but one that allows Cannavale to take over the screen in a similar fashion. This character also allows Cannavale to take more of an overt stab at comedy that Boardwalk Empire was lacking outside of the darkest variety of humor. And, unsurprisingly, it works pretty well. He's just kind of this physical force, like Tom Hardy seemed to be a few years ago before he stopped acting or challenging himself or whatever. Hopefully the same doesn't happen to Cannavale and we get a bunch more great performances out of him. 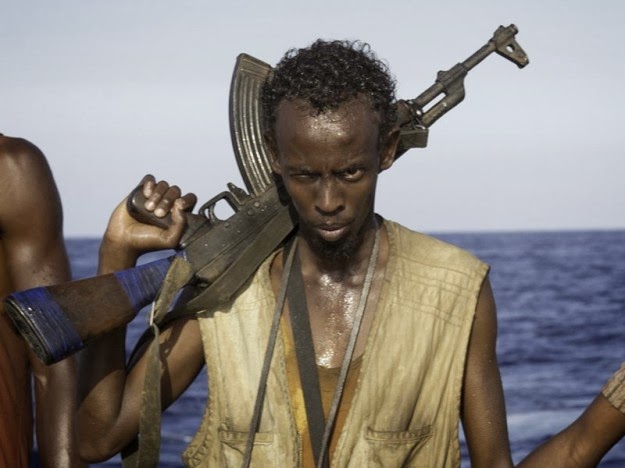 Seemingly out of nowhere, Barkhad Adbi's performance is as much in his physicality as it is in the way he delivers his lines. Not an immediately imposing individual, it's a testament to Adbi that he is able to be such a menacing presence in the film. There's this sense of anger seething inside of him, one that permeates each move the character makes, one that is fueled by desire. As is the case when I watch movies I am constantly thinking about There Will Be Blood. While Adbi doesn't reach the level of Day-Lewis in that film, the way that desire meets anger to drive his actions on screen, the way he conveys this, is reminiscent of one aspect of Daniel Plainview, and that's damned impressive. 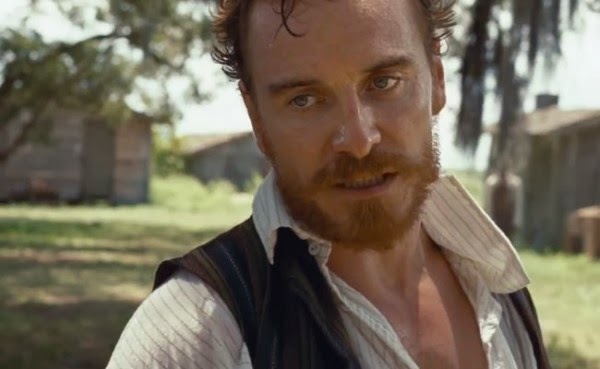 Well, we've gotten to that point. Yeah, Fassbender has been great in Steve McQueen films before, and he's undeniably been great in other films as well, but we are now at a point in time where Fassbender has been in a McQueen film without featuring his penis. A major accomplishment in and of itself, but one that should not also make us lose focus on Fassbender's turn as one of the film's most menacing figures. He gets some sequences where he is asked to go big, but he never feels over the top or out of control. 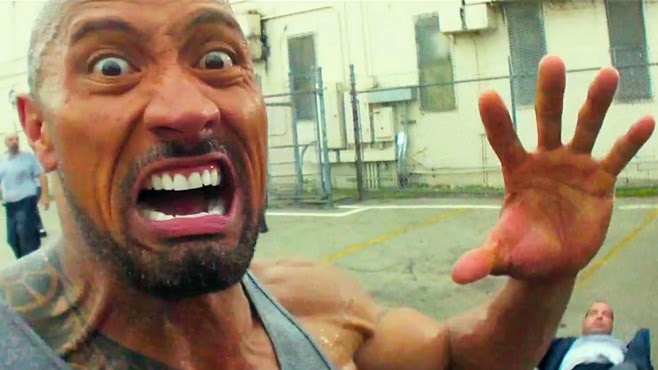 For a couple of years now Dwayne Johnson has been putting in some pretty solid work in action films, giving one of the best sweaty performances of all time in Fast Five, and he's had a few charming roles in lighter family comedies, but finally in Michael Bay's majestic Pain & Gain the full range of Johnson's brilliance is able to be put on display. He's a physical force, he's a vulnerable baby, he's everything. Forget Pain & Gain, it's all about Pain & Dwayne. 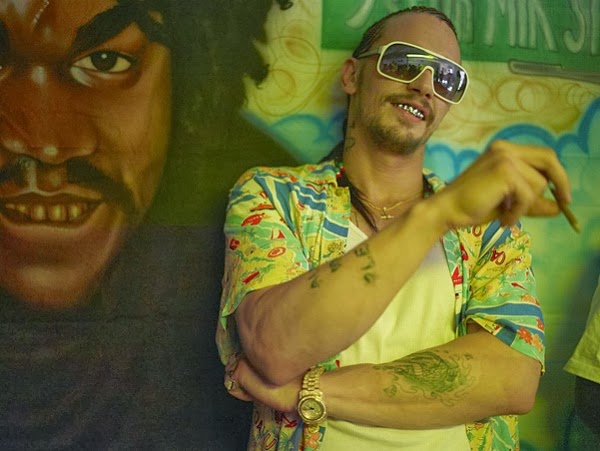 However, from early in the year to the very end, I'm unsure if there was a single performance more commanding, more fully realized, than James Franco's work in Spring Breakers as the multifaceted Alien. I mean he doesn't just sing "Everything," he doesn't just bark out "Look at my shit!" he literally commands the screen. There are other actors that come close to being forces on the screen in 2013, but none more than Franco in Spring Breakers.

And with that we have arrived at the end of the Supporting Performances, which means in a couple of days we can begin looking forward to all of the great Lead Performances as well. A ton of great acting this year, though I do wish there were more worthwhile roles for women, which seemed to be scarce in 2013 after a fairly strong run the past couple of years. We'll see!

Let me know some of your favorite below in the comments!

And if you want to know what I'm watching, listening to, playing , and reading you can follow my tumblr account!
© 2014 Richard James Thorne
Posted by Rich Thorne at 6:54 PM