It's been a while, so to speak, and I really did mean to do this earlier, but part of me hoped that I would somehow be able to see Boyhood prior to making this list, but that's just going to have to wait for our October check in. So now with TV, songs, and albums out of the way, it's time to take a quick look at the best of the silver screen in 2014 thus far. Have things changed since we last looked in? Probably. How much? Let's find out. 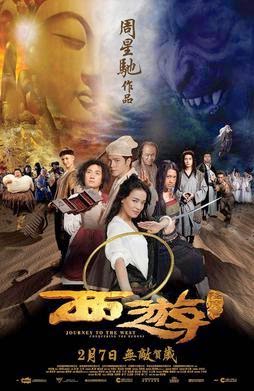 Since seeing this film in October of 2013 (which I guess makes me a huge cheater when making this list, but whatever), some of the initial excitement has faded, which is probably to be expected from any film after enough time passes, but Stephen Chow's most recent still has one of the funniest scenes that I have seen in a good while, and honestly it's enough to make sure that it competes for a spot on this list. However, it's the visual splendor that elevates it, and makes it one of the comedies I am most interested in being able to revisit. 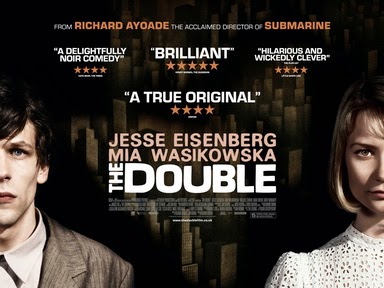 Easy to talk about Jesse Eisenberg when thinking about Richard Ayode's wonderfully dark adaptation of The Double, especially considering just how different the two characters he plays are, but really it's an opposites performance that I've seen before. Wasikowska really shines in her role, however, as the dual love interest. But, above that, what makes this film so engaging, and it really does go by in a flash, is just that central idea of doubling and how the film plays with the traditional literary device. Obviously the foundation for the film's script is rock solid, but the execution is incredibly well handled. 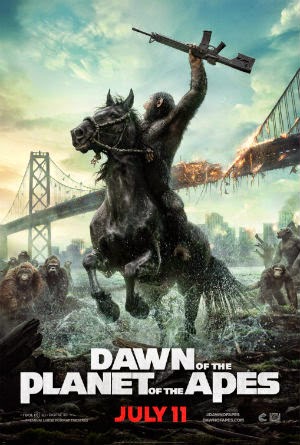 The first film in the Apes reboot was a huge surprise for me, though honestly I was incredibly skeptical going in to this one for a number of reasons. First, Matt Reeves hasn't really impressed me in the past, and I was also uncertain that the emotional resonance of the first film could be successfully reproduced, but placing the focus more on Caesar allowed the series to grow and develop in an unexpectedly resonant manner. And, of course, the performance that Serkis gives is once again remarkable. Honestly, of all the major franchises, this may be the one I'm most interested in following forward considering the quality of the first two films. 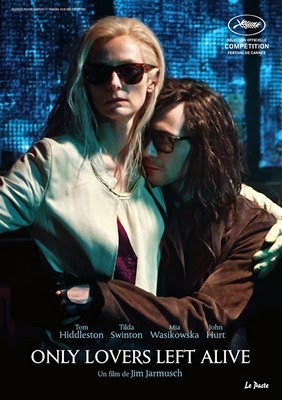 Honestly, part of me is still puzzling out this film, even though as far as plot is concerned it's all pretty basic. Two vampires go carousing around Detroit, a decaying city that Jarmusch somehow is able to inject with life. Once again there are enough scene stealing parts with Wasikowska, even if she conflicts with the more serene tone of the rest of the film. Yet the balance between these portions, and the way that tone is maintained throughout, is incredibly impressive, and makes for one of the year's more memorable cinematic experiences. 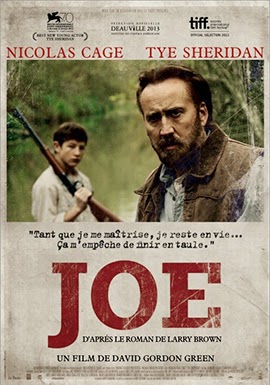 So here's the thing that's probably going to continue to be apparent to anyone who has read a few posts around here, I love two things: Nic Cage and coming of age stories. However, rarely do the two meet, and even more unexpected is when a guy like David Gordon Green brings them together. So part of me was meant to fall in love with this film before I even saw it, but even beyond that I came to love a lot about Joe. Cage is, as expected, a powerhouse, but this may be the closest thing that DGG has done to George Washington since he made that film. The way he inspects this part of America with such intimacy, a broken but resolute subsection of a massive country, is absolutely incredible. 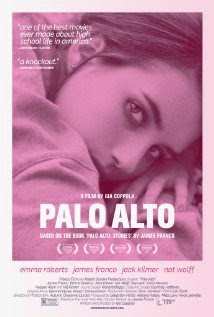 Here we are again, coming of age, this time with a poster that features Processed Grass favorite Emma Roberts and based on a collection of stories or whatever penned by James Franco, who also plays some creepy gym teacher in this film. What I found so compelling about this film was just how varied the cast is, and how the feeling of short stories all coming together is conveyed. There are obvious through lines, but so many stories are going on simultaneously, and none ever feel unimportant. Hell, the most engaging for me was one of the smaller parts of the film, centering on a character who at first seems shallow and disposable, but in just a few scenes becomes an incredibly tragic figure. Oh yeah, and then there's the Blood Orange soundtrack. 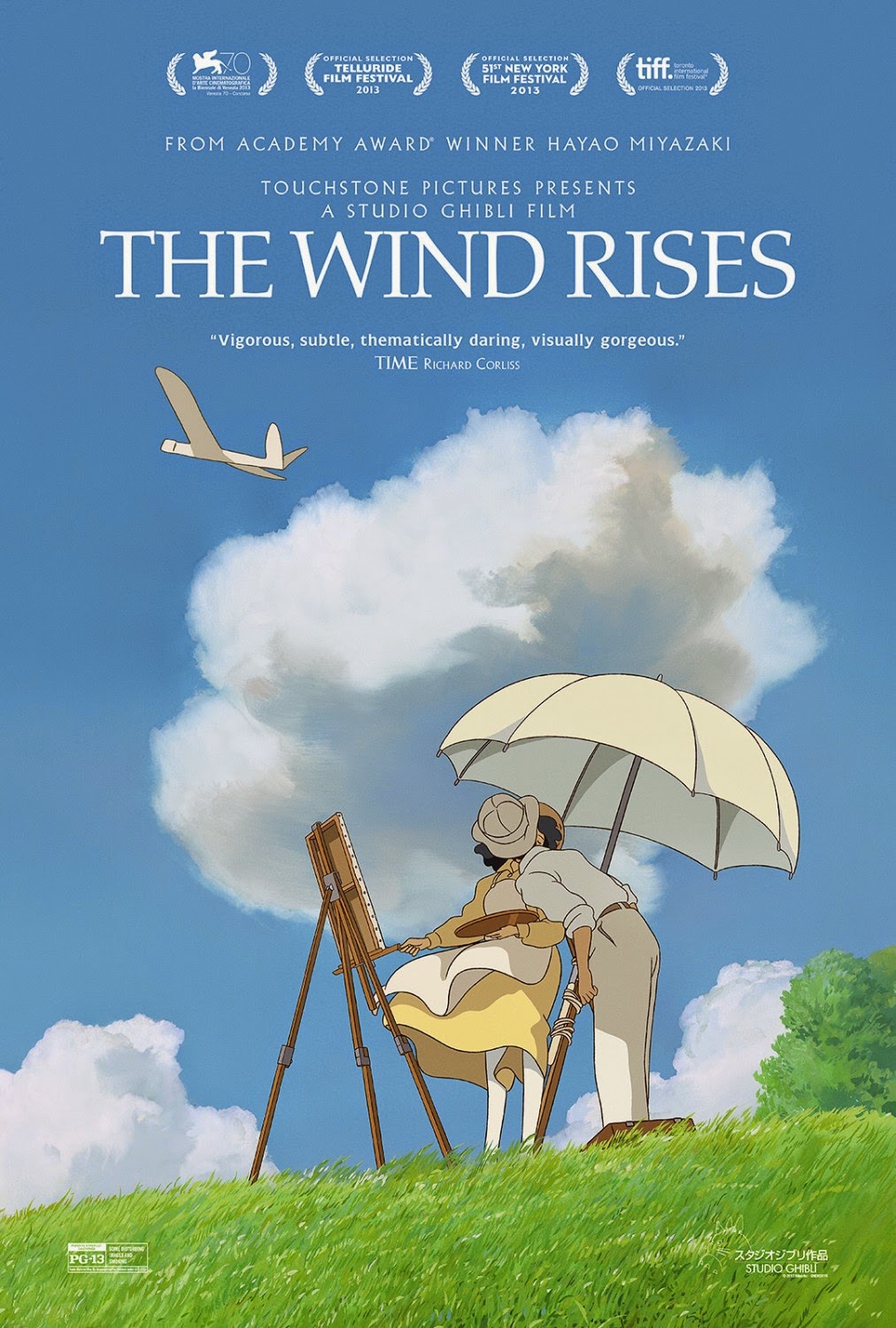 Known for his magical yarns of human emotion and fantasy, Miyazaki calls a bit of an audible with this animated biopic that at first seems like it documents Japan's development throughout WWII, but it's so much more than that. The film, while singular in its central character focus, is broad in its themes. There are moments of joy, moments of pain, and so much frustration that kind of perfectly encapsulates the human condition. If this is how Miyazaki's career truly does end, it's on a spectacularly high note. 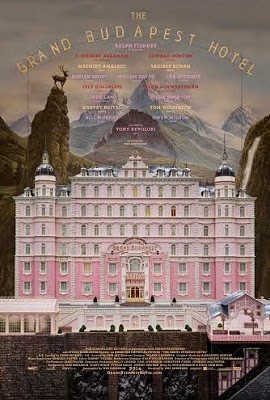 It took me a long time, but I suppose I am now fully on board the Wes Anderson hype train. The cast here is stacked, which shouldn't be much of a surprise by this point, but the way that Anderson cleverly layers narrative, and reflects this in the visual construction of specific sequences within the film, is simply remarkable. Doing so adds much more depth to the film, changing the focus from the actual story to more an inspection of storytelling itself. 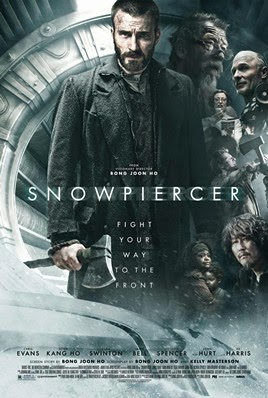 Last year saw a couple of notable Korean directors make their English language debuts with mixed results, and Bong Joon-ho was supposed to also make his with the constantly delayed Snowpiercer. Thankfully, this Bioshock-esque apocalyptic parable more than lived up to my hopes that it would be the best of the bunch, thanks in large part to the surprisingly effective action that punctuated the more plot heavy aspects of the film. However, that's not to say this film thrives solely on its action, in fact the entire visual style, and how it shifts from car to car, along with the diverse cast all contribute to one of the best blockbusters I have ever seen. 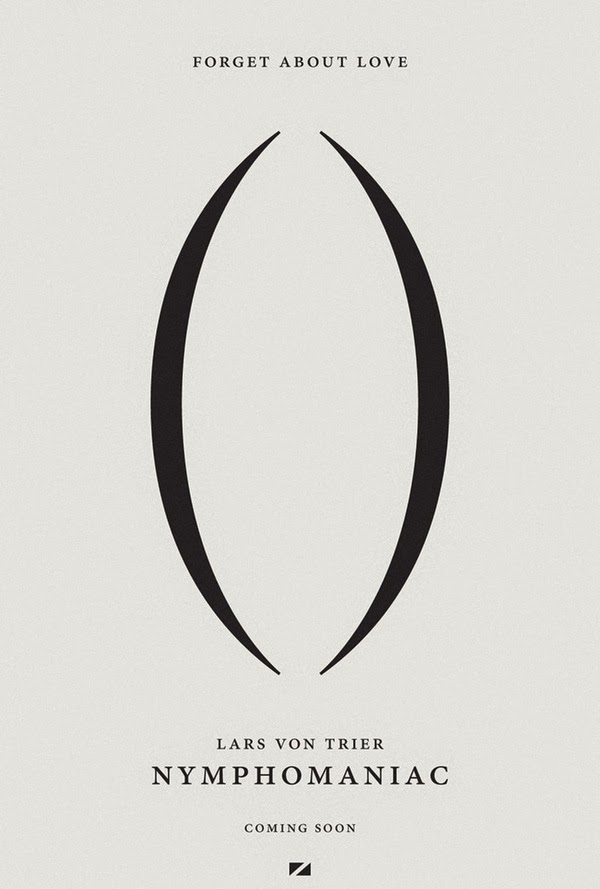 Going in to this list, and really since I finished watching this film as a unified whole, I knew it was going to take a lot to unseat Lars Von Trier's latest epic, and the more I thought about it, the higher this film rose in my mind. Sure, some parts are comedic, almost intentionally so, it would seem, but at the film's core there's such a universally tragic idea, and how it's explored both through Joe and the characters who interact with her throughout her life is so nuanced and real that one almost hopes it cannot be true. Not true in the sense that all the events in this film happened to an actual figure, but true in the more universal sense, and the note it ends on maintains this simultaneous brilliance and tragedy perfectly.

There we go, took longer than I thought, but until the end of September we are done with lists. Thanks for reading along and if there's anything you disagree with let me know below in comments! Additionally, as usual, here's a rough, ranked list of everything I have seen so far this year:

And if you want to know what I'm watching, listening to, playing , and reading you can follow my tumblr account!
© 2014 Richard James Thorne
Posted by Rich Thorne at 7:55 AM