They Came In By The Dozens

So, I have been getting back into college routine again, so my reviews have slowed down slightly. As such, I'm going to attempt to do some quickie reviews and, when a film warrants it, give a full review. Also, I encourage that all readers check out my work, and the other contributor's works, over at The Reelists. 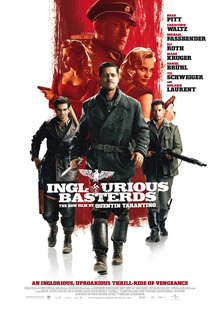 Inglourious Basterds (Tarantino, 2009)
While I have already engaged in a round table chat about Inglourious Basterds here, I feel compelled to talk about the film a little more. Little can be said about how great both Brad Pitt and Waltz are in their roles, so I am going to instead focus on some interesting aspects of the film. The choice to break the film into five parts pays off excellently, as it allows Tarantino to only use about 16 scenes or so over 2 and a half hours, without any of the parts ever dragging. The dialogue is gripping and keeps the film engaging throughout, which is good since the violence, which the trailer touts, is really not a huge part of the film. A truly amazing character study, Tarantino's latest is a love letter to cinema and a thrilling re-imagining of history. Not the year's best film, but it is right up there. 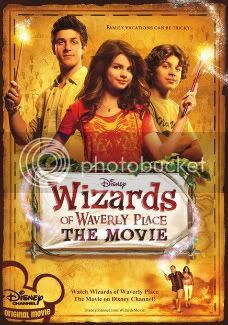 As a fan of the show, I was pretty excited to have a chance to sit down and see if any of the magic would carry over to the film. Sadly, I did not find myself as enchanted with the Russo family vacation as I would have enjoyed. However, as a coming of age story the film works decently enough and the scenes with Jake T. Austin are absolutely hypnotizing. Golly, I am a pun machine today, I'll try to stop myself. David Henrie is, as expected, quite the talent and his performance here further cements him as a name to look for in the future. Selena Gomez is incredibly engaging as well, as she is on the show, and manages to hold up a film with a fairly flimsy plot. The ending is frustrating, but the direction is decent, the humor mostly hits, and some of the set pieces are truly spellbinding. Damn it, I'll stop here before I pain you any more. Could not say that I would like the film to disappear as it is a fairly successful extension of the show, but the film does not have enough extra going on to make it much more than casual escapist cinema with simplistic themes. 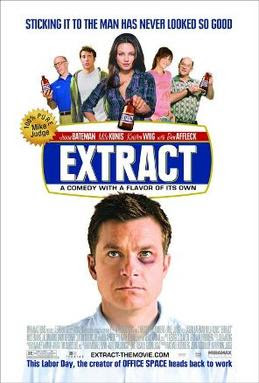 Let's get this out of the way first, despite any similarities that the trailer may imply, this film is not Office Space. Nor is the film the simplistic romantic comedy with a twist that the trailer implies. Extract is a film is a solid cast of comedians, headlined by Jason Bateman in a thrilling performance where he channels his Michael Bluth, and supported by the surprising Ben Affleck, always funny Simmons, and stunningly attractive Kunis. The Whig character could have been more fleshed out, and I could probably have used more Brad, but the story here is engaging and the laughs are pretty plentiful. Mike Judge has a knack for taking the mundane and making it comedic, and his style of humor comes shinning through during this film, but I will need another viewing to accurately comment on how deep the humor digs. I could probably see this becoming another 'cult classic,' and I may like it even more than Office Space, as this film gets a bit darker towards the latter half. Plus I think the driving force of the plot is more interesting on a base level, though it is not given all the attention it needs. Still, it's a film anyone with a dry sense of humor can love while also containing enough big laughs to entertain any dinkus who may tag along.

Also I am on the old Twitter thing so I guess you can follow me at twitter.com/FLYmeatwad.
Posted by Rich Thorne at 6:15 PM