And Do It All Although You Can't Believe It 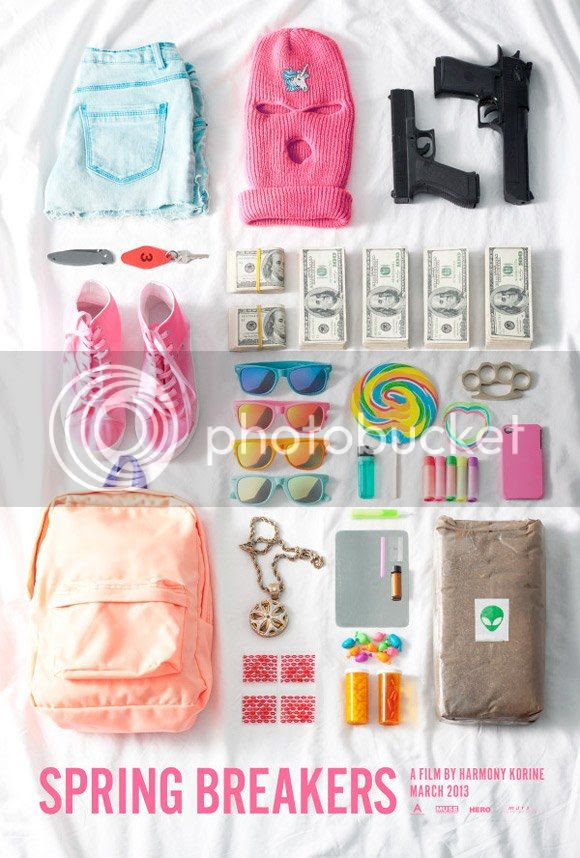 I've never really been on a spring break before. Technically I guess I have since my college had a week a year that was called Spring Break, but I never went on trips. Actually, I probably have more vivid memories of MTV's Spring Break coverage as a kid than I do of my college spring breaks which tended to be occupied by paper writing. So as I entered Harmony Korine's latest fever dream of a film, Spring Breakers, there was a part of me that wondered if I would be too far out of my element. Thankfully all those years of MTV watching paid off though, but filtered through the kinetic, frantic party montages Korine creates a sense of clarity, a sense of dread. And it's in this storm that the genius of Spring Breakers emerges.

Following four young co-eds on a trip to Florida, funded by an impromptu robbery, Korine creates an inside view on the pulsating party scene where each second feels like a transcendental experience. While  Faith (Selena Gomez), the most innocent of the core group of four, is quickly seduced by the dream-like illusion that the beaches of Florida offers, Candy (Vanessa Hudgens), Brit (Ashley Benson), and Cotty (Rachel Korine) completely surrender themselves to the hedonistic pleasures of this other-worldly sphere. 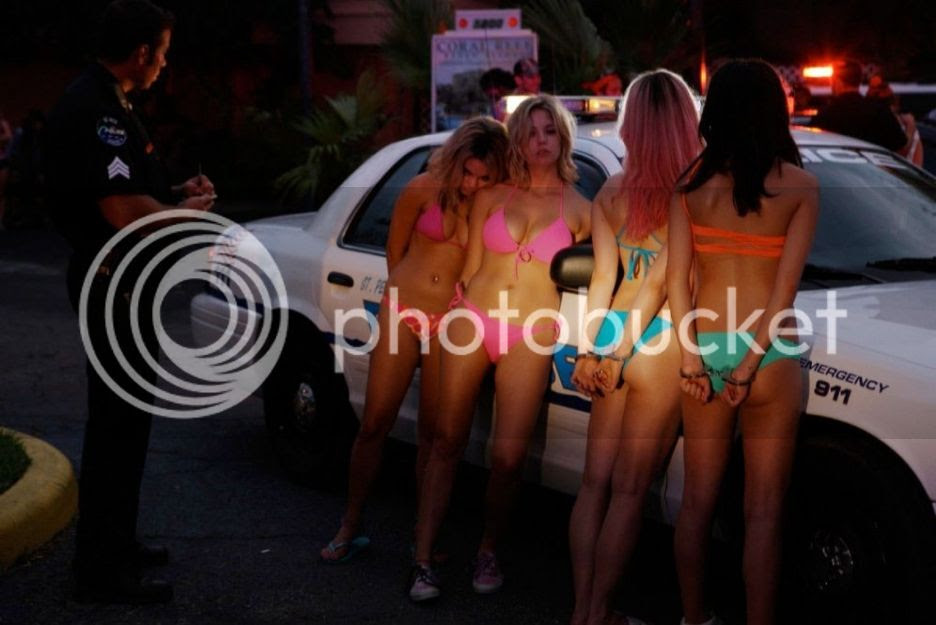 Of course this is all cut short when, during a drug fueled party is raided and they end up in jail. It is at this point, nearly the film's center, that a physical cutting force interjects as the illusion of this paradise begins to crumble. Rapper Alien (James Franco, in what very well may end up being 2013's best supporting turn) posts the girls's bail and recruits them for a series of increasingly dangerous events.

On the surface the plot isn't all that complex, the majority of the film's majesty comes in the visual aesthetic that coats the surface and how it works in opposition to the on-screen action. By creating this tension, Korine strikes a tone that is equal parts comedic and horrifying. No where is this better encapsulated than in the form of a montage set to the Britney Spears ballad "Everything," where perhaps the most technically stunning aspects of this fever dream are made manifest. The scene should be discordant, it should both jar and be simple to dismiss in all its .gif fodder glory, but the style it oozes becomes completely transfixing.

Through this tension, accentuated by a score that perfectly pairs the bro-step party beats of Skrillex with the haunting sounds of Cliff Martinez, the mastermind behind Drive's score, the film prods at this broken sense of freedom. There's a constant repetition of certain phrases that echo throughout the film, each taking on new meaning with every appearance, but all yearning to believe this illusion despite confronting realities that undermine them at every turn.

Actually, the film makes this apparent at the beginning (and a few times throughout) when it has scenes of My Little Pony playing in the background. Realistically any cartoon could be used to convey the idea that this illusion of happiness that is so far removed from reality that it can't help but be, on some level appealing, though the candy colored My Little Pony is perhaps the perfect choice (theoretically Adventure Time has an aesthetic and subject matter that is more in line with what Spring Breakers grasps, but there's also this kind of girl-power quality to My Little Pony that makes its inclusion understandable).

Spring Breakers follows a fairly traditional narrative structure, taking cues from the strangers in a strange land narratives throughout the literary cannon. It plays with these tropes and uses them to explore the machinations behind the desire for escape, for humanity's quest to understand. In many ways, despite the sleek exterior (though even this was seen in Mister Lonely), the way Korine peels back the layers of this romanticized piece of cultural tapestry, much the same way he does with small town life in Gummo, to reveal the chilling reality fits in line with his oeuvre. There's this sincerity that eats up the weaker girls, strengthening the others, and resetting a type of normalcy. Spring Breakers is not simply a manifestation of Kurtz's famous "the horror," it's every artery of America's heart of darkness. Maybe it's not so bad that I never went on Spring Break.

There are many comparisons to be drawn to other films and texts with Spring Breakers, but the way the film operates is incredibly reminiscent at times of something like Far Cry 3 or Lost where this almost surreal physical space preys upon its inhabitants.

Many parts of this film are graphic, both in terms of sex and drug use, but the satire that permeates it all is damned impressive. While there's a clear heft and severity to a lot of it, the moments of comedy are definitely there for a reason.

This film looks beautiful, cinematography all up in my eyes y'all!

There wasn't one performance from any of the girls that stood out, though they were all quite good. Gomez would be the most impressive, I guess, but I'm familiar enough with her other work that it wasn't surprising to see her doing very well in her bigger scenes. All of them are great, but Franco is a force. Gucci Mane is also in this movie, and he's not great, but he's also pretty good in a few scenes.

And if you want to know what I'm watching, listening to, playing , and reading you can follow my tumblr account!
© 2013 Richard James Thorne
Posted by Rich Thorne at 10:13 AM