All The Points Where Contact Fails Us, All Of The Dead Spots In The Zone 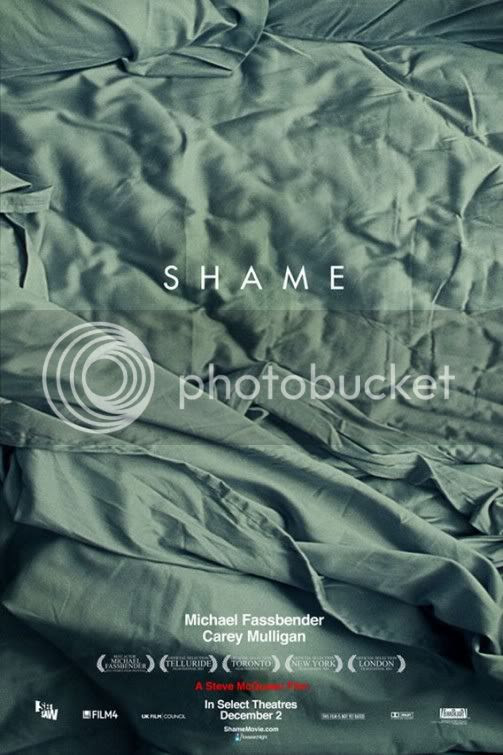 Addiction is tough. Each day, I would imagine, we confront it in many different ways. This seems, certainly at first, to be at the core of Steve McQueen's Shame, the visual artist turned director's sophomore follow up to the harrowing (it will be fun to see how many times I use this word in the forthcoming paragraphs!) Hunger. Moving from Ireland all the way over to the red blooded American soils of New York City, McQueen crafts a movie that confronts, in an admirably direct fashion, main character Brandon (Michael Fassbender) as he grapples with a crippling sex addiction. What results is a deliberately paced character study that has sent critics all aflutter, and produced some of the year's greatest pull quotes. Take, for example, this gem from Tony Macklin's review of the film:

With a glowing endorsement like that, how can Shame be anything but excellent?

Though addiction is a driving force in the movie, the title of the film itself becomes undeniably linked when thinking about thematic nuance in McQueen's latest. From the beginning of the movie Brandon is seemingly trapped in a routine. Much like any normal person this involves waking up, showering, and going to work. Wonderful use of sound - show water running, clocks ticking, and the blinds being raised - creates a certain monotony that encapsulates Brandon's stagnation. All brought to life by the wonderful cinematography and the captivating presence of Michael Fassbender (who between Magneto in X-Men: First Class and Mr. Rochester in Jane Eyre is having quite an impressive year), but also not particularly riveting until his sister Sissy,  in an unexpectedly fantastic turn by Carey Mulligan, shows up seeking to maintain a connection with a brother she has seemingly lost.

The movie itself becomes an intense dichotomy between an individual who yearns for connection and intimacy and another who seems to actively avoid them. And for a film that does not have much of a traditional plot all the thematic heft helps. I mean we can only watch Brandon masturbate and have disconnected sex with hookers so many times before it becomes boring. Theoretically, anyway. Each new encounter, every layer that is added, creates a better understanding of the character. The distance, at times, hurts the understanding of the relationship between Sissy and Brandon, but in the grand scheme that seems like a minor quibble in an otherwise entertaining character study.

But looking back those ideas were always there. In one of the most discussed scenes of the film, where Brandon is on a date, a good deal of humor manifests itself as he and the woman he is with attempt to have a  conversation that is constantly interrupted by an overbearing waiter. At times it seems like communication is really at the heart of the film.

But maybe it's just a part of the heart. Or Shame is sort of like an earth worm, with a bunch of different hearts all giving it life.

Shame is not a film for every viewer. Though not nearly as graphic or unbearable as many have led me to believe, it does get intense as the film reaches a crescendo. It's not a perfect movie either, and the aversion to a traditional plot could be a bit too impenetrable for some viewers; however, if you stick out the set up the payoff is well worth the time.

Add this to the growing list of films I should just do a spoiler post about because I feel as if I did the film (and myself through pretty sterile writing) a disservice since I kind of have to tiptoe around spoilers. Or should just start including spoilers in my reviews because why not? What do you think, reader? Tell me in comments. Should I throw caution to the wind and risk being thrown in to spoiler jail by the spoiler police?

Anyone who took the under on 1.5 occurrences of the word harrowing appearing in the final review proper won!


And if you want to know what I'm watching, listening to, playing , and reading you can follow my tumblr account!
© 2011 Richard James Thorne
Posted by Rich Thorne at 2:54 PM