A tad overdue (curse you, term papers!), but the Quarterly Review moves on with the final entry until the wonderful month of June where the birds have risen from the ash, shattered the eggshells, dusted off the icky placenta of inexperience, spread their wings, consumed the mother's regurgitation. The flowers are fickle, they could leave you with the turn of Mother Earth's axis, I will be here forever. Pull out the reels, put on the critical cap, join me for this journey. We can never truly escape the danger zone. 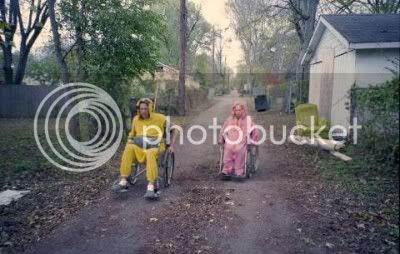 This marks the second film (technically it's a short) that I have watched from the truly absurd Harmony Korine. Despite the paltry run time this story explores some heavy material, though at its core the movie exists as a desperate display of two clinging to a lifestyle. In a few short minutes we watch as these characters lives unravel, as they are built again. It all comes across as a semi-nihilistic -a state of being that likely does not exist - middle finger to the established conventionality of the world, a celebration of counter culture. A shrill scream. Though given the film's title, a call for revolution during apartheid movements, the film gains an extra layer as it urges the characters and audience alike to grab your machine gun. 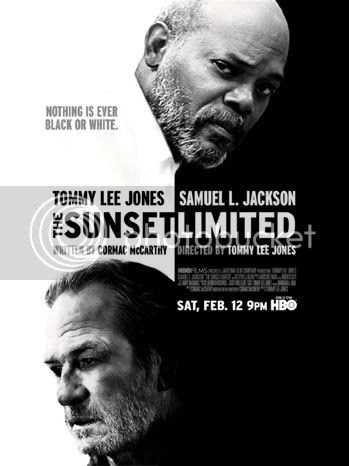 I admit in my review that I have a strong love for the Cormac McCarthy play, but I am honestly so impressed with how much staying power this film adaptation has had for me. I suppose a lot of it has to do with the two performances that anchor the movie, Samuel L. Jackson is still in strong contention for my Best Actor slot in the young year. But beyond the actors I find the thematic implications striking. Who doesn't want to philosophize about the world, to meditate on the intricacies of faith and logic? But damn it, while we talk is that ever going to stop the Sunset Limited from coming? No, and it's that haunting realization that gives the film the punch it needs to survive. 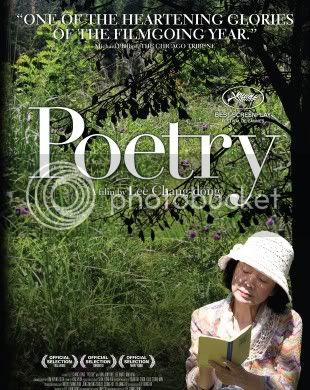 Korea has provided me with some of my favorite films of the past ten years, but most of those are also products of the minds of Bong Joon-ho and Chan Wook Park, two filmmakers more known for their style. So this quieter film had me entering with a bit of hesitation, but from the opening sequence of a dead body floating face down in the water to the final shot the film had me riveted. Few products of society can said to be more beautiful than a well constructed poem, and juxtaposing that with the film's heavier plot elements of rape and murder, filtered through the eyes of an older woman slowly being taken over by Alzheimer syndrome results in one of the more striking movies of the year. 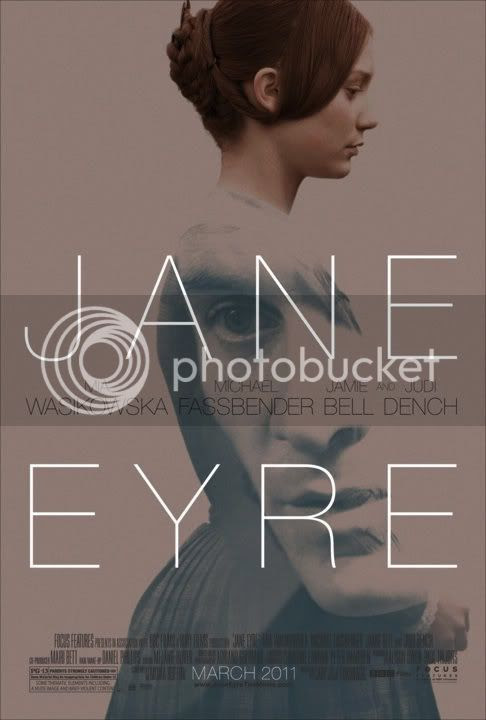 The latest adaptation of Charlotte Bronte's classic novel is a visual feast, composed of striking shots of a hostile country that houses a disturbing number of individuals. The film, naturally, loses a bit in translation, but Bronte's words come to life thanks to the lead performances. Mia Wasikowska and Michael Fassbender set a chilling back and forth between their two characters that propels the film forward. It avoids, at times, some of the more complex themes that the film briefly touches on, namely the repugnance of the Rochester character and the individual desires of Jane, but the film is a technical marvel that stands out as the best period piece released in a good number of years. 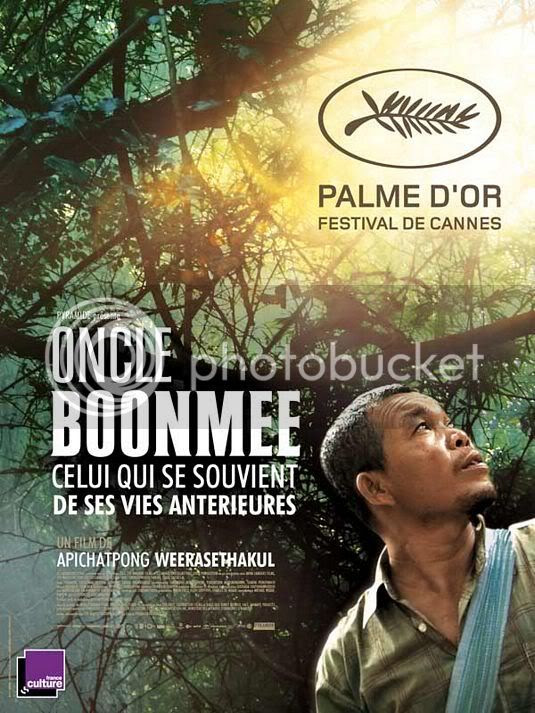 1. Uncle Boonmee Who Can Recall His Past Lives

The winner of the 2010 Cannes Palme d'Or is a masterpiece of fluidity. At times so culturally specific that one may think that it's impossible to penetrate, Uncle Boonmee succeeds by reflecting on the very construction of history and the universality of human experience. We cope with the living and dying process, the way memory is constructed and lost, the myths and legends that propel every culture. These myths, they define our place just as our place defines the myth. I don't think I realized just how wonderful this film was until I started typing a bit about it right now. I need to watch this again, and that's all I can ask from a film.

Below, I think it's only fair, to include my Unabridged List that contains the films with limited releases in 2010 that I will be counting, at the year's end, as 2011 films.

Also I am on the old Twitter thing so I guess you can follow me at twitter.com/FLYmeatwad.
Posted by Rich Thorne at 6:12 PM