Breaking Boundaries: Journey To The Center Of The Film

This morning I caught wind of this new trend going around that seems to have originated from Top 10 Films where you (and I suppose me in this case!) are given a magic ticket that lets you jump in to any movie world that you wanted. I wanted to see this in action, and luckily Jessica at The Velvet Cafe and Alex at BoaCE both gave me a template to work from. The idea is apparently based on The Last Action Hero. Now I haven't seen that film, so instead of a ticket I will think of this more in the sense of time traveling device in Chrono Trigger. This time though it's like I'm my own Lucca!

The exercise seems fun, because I usually don't go in to films with the hope to escape from my real world. Instead, I want to learn more about myself and the world around me, so with that idea in mind let's take a trip down in to the bowels of my imagination. Welcome to my desires!


Which Character Would I Like To Sit Next To On A Plane? 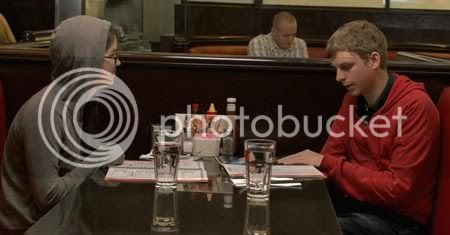 Now, obviously being incredibly selfish, the obvious choice would be to pick someone who was both small in size and who would give me their extra snacks. But mostly I would want a great travel companion who could make the flight itself enjoyable. Two clear choices spring to mind. The first would be Scott Pilgrim, from the aptly titled Scott Pilgrim vs. The World. Conversations about video games would abound, I'm sure. But I've read the comics, and Scott is kind of a dullard. So how about cutting out the middle man? I would definitely choose Michael Cera, a character played by Michael Cera in the film Paper Heart. Now this may seem like cheating, after all I don't want to pick an actor, I want to pick a character. Well, from what little I know of the actual man, the movie itself indicates to me that he does in fact play a heightened, occasionally cartoonish riff on the public perception of the greatest comedic actor of all time. Hilarity would about, I'm sure. And, at the very least, this guy could probably tell me about poutine.

Another honorable mention here would be Lucy from Old Joy and Wendy and Lucy because she seems like a great dog, and I love dogs. I'm a man of simple pleasures.

Which Character Would You Like To Enjoy A Passionate Romance With? 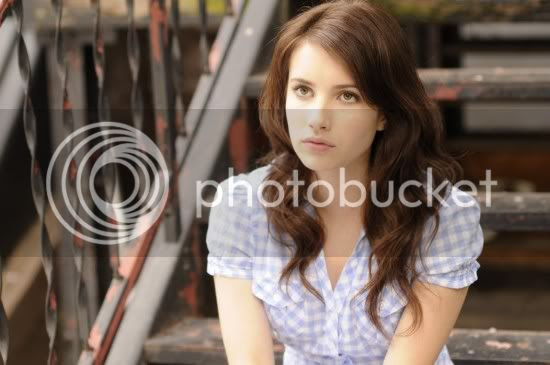 This question is difficult, because it makes the most sense to pick the hyper-vivacious Maria Elena played by Penelope Cruz in Vicky Cristina Barcelona; however, that language barrier I'm sure would be a killer. That leaves the next best option as Molly from the movie Twelve. In a world where she is unknowingly best friends with a brooding drug dealer, Molly remains focused, determined, and undeniably sweet for most of the film. She's a strong independent presence in the film who, while not without flaws, lights up each conversation in which she engages. And she makes me smile. Plus she doesn't have a last name, apparently, which would make for great conversations about identity. It almost seems like she's a more mature version of Adrianna Bragg from Lymelife. Also, Emma Roberts is beautiful. I told you this would be a look in to my mind.

Additionally, if I were to reimagine this fantasy next year, I would likely pick Roberts's character from the upcoming film Adult World, where the plot synopsis implies that she will be portraying someone who hits close to the heart: "A recent college graduate who believes she's destined to be a great poet, instead winds up working for an adult book store."

If I Were A Cop Who Would I Want As My Partner? 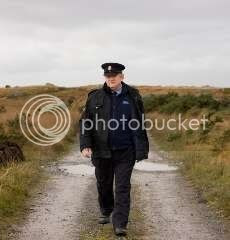 Gerry Boyle from The Guard, and it's not even close. Danny Butterman in Hot Fuzz would come closest, but at some point work would have to get done and I fear the Butterman/Thorne tandem would be too inept at police work. Boyle knows how to enjoy himself on the job, but he's also always on top of his shit. And really, I'd rather hear him make off the cuff racist jokes than be forced to talk about Bad Boys II.

What Animated Feature Would I Love To Walk Around In? 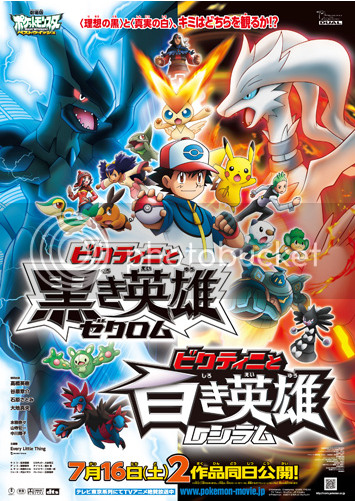 Hercules, being my favorite animated film, is the correct answer most of the time, but because I have played so many Kingdom Hearts games I have practically already explored all of my Disney worlds of choice. That means no Nightmare Before Christmas, nor any Lion King either. And, at the risk of getting too meta, I will pass on picking Paprika to instead select whatever the most recent Pokemon film that I have not seen is, because I want Pokemon to be real. I want to be able to catch them all, and raise them, and play with them. Sure, it's a world of silly binaries and innocence, but damn if it's not a fun world that I've lost myself in for hundreds (thousands?) of hours through the games. Now I have the chance to get all tactile!

What Adventure Based On Earth Would I Most Like To Go On? 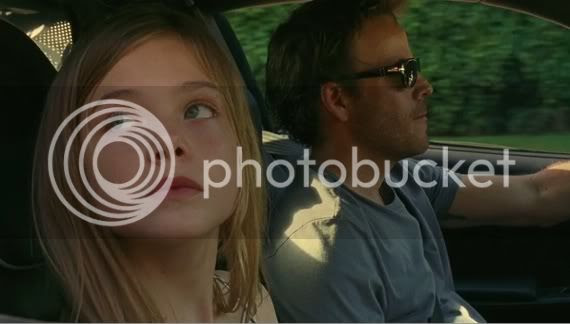 Keeping with the inadvertent theme of exposing my age and biases toward incredibly modern films, I would be remiss to not mention Somewhere. Not an adventure in a traditional sense, shadowing Johnny Marco and Chloe would still lead me to high class hotels that let me revel (and despise) my superficiality the world over. And in the end I would become a better person, which is all that I can strive for on a daily basis. Is there any more rewarding quest?

What Adventure Based In An Otherworldly, Fantasy Based Location Would I Like To Go On Most? 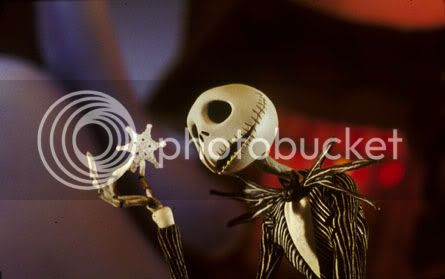 Since we are sticking to real life, and because I don't really want to die, I can't select A Song Of Ice And Fire, which means that I would be letting myself down if I didn't mention The Nightmare Before Christmas. I'm not big for adventures, but I honestly don't think that would matter very much if I was following Jack Skellington around. Sure, some of the film takes place on Earth proper, but between the world of Halloween and Christmastown there would be more than enough fantasy to go around. And maybe...just maybe, we'd get to go in to one of the other holiday doors as well.

What Movie Gadget Would I Like To Try Out (Or Steal?) 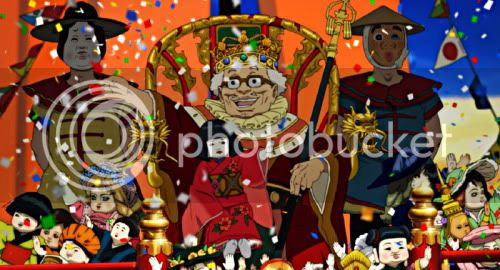 Gadget, to me, implies something mechanical, which means that the cloak of invisibility is out of the question here. Naturally, that leaves me with one of the coolest movie tools ever, the DC Mini from Paprika that lets you enter in to other people's dreams. Sure, you probably run the risk of getting lost in a world where you cannot distinguish between reality and dreams, but most of us willingly exist in such a world on a day to day basis anyhow. So why not take that chance?

What Film's Plot Would I Alter And How Would I Do It?

A difficult question seeing as how almost every film would be enhanced by having the main character(s) die at the end. Which film would benefit most from having the protagonist die though? The answer I arrive at is Wall*E. Few films are hurt by an underwhelming second act quite so much as this one. I would either cut out all the space stuff, effectively removing the overt references to the strengths of communism and attacks on the corporate culture which marks the America I love/detest so much, or I would just have EVE continue to have her memory lost. Both would make that film incredibly more enjoyable.

What Film Would I Want To Be Transported Into, Simply To Be Part Of The World 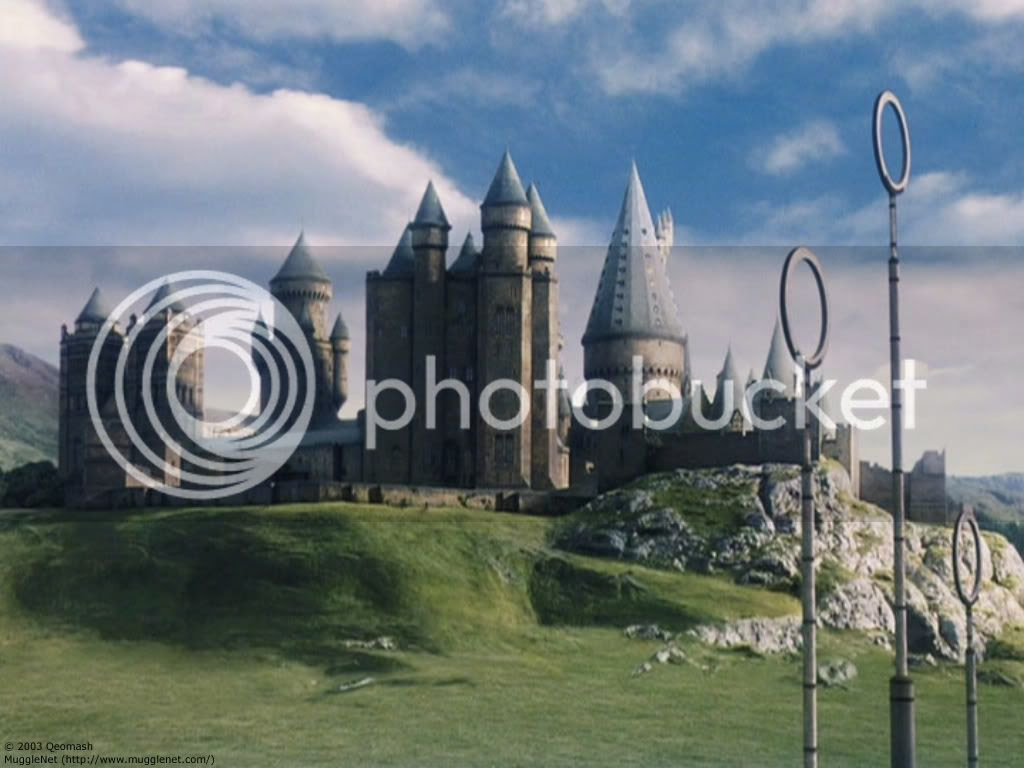 I should have technically limited myself to films that were not adaptations, but I have not done that and I will not start now. The answer is clearly the world of Harry Potter; however, I have the stipulation that I would like to inhabit such a world well after the Voldemort era. Like, basically no one even remembers it outside of History of Magic text books. If I had any competency in the electronic realm, I would be pursuing my long time dream of creating a Harry Potter game with a structure similar to Bully that allows the player to simply exist in the world. Above characters and plot, that world is what I fell in love with, so this selections seems like the easiest of all.

Worlds of fiction are fun, (sometimes literally) magical creations that artists have crafted for consumers to enjoy. Which worlds would you like to take a trip in to? Let me know what you think below in the comments about my picks and your own selections!


And if you want to know what I'm watching, listening to, playing , and reading you can follow my tumblr account!