Thinking About Terror: Why Does Horror Scare?

Every October I feel as if the obligated to watch horror films. Like watching It's A Wonderful Life around Christmas it becomes a yearly tradition. Growing up I had a huge aversion to horror, brought on by one too many nights spent staying up past my bed time to watch Ernest: Scared Stupid. Now I go back and look at the films I was terrified of as a child and they seem silly, yet as I grew older and started watching more types of films I have still avoided horror. This is particularly odd to me as one of my favorite writers, Edgar Allan Poe, is always associated with the genre. In an attempt to combat my hesitancy to embrace these films I even decided to watch all four of the Scream movies earlier in the year. I even went to my local theater to see The Shining when it played a week ago. After this brief confrontation with some notable entries in the scary movie oeuvre, I was left with one nagging question in the back of my mind: do horror films need to be scary? 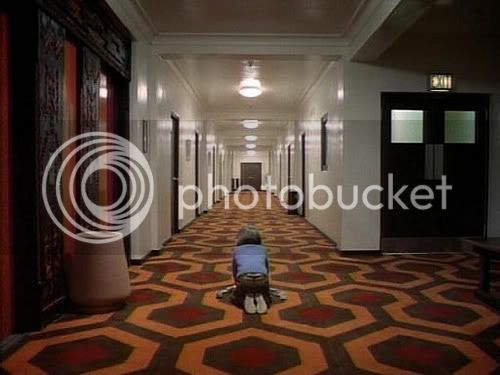 The short answer to this question would be a simple yes. I don't mean to imply that they only are meant to scare, there is a ton of artistic quality in this art form in craft, theme, and pathos. However, most people even use the terms 'horror film' and 'scary movie' interchangeably. But while watching The Shining I did not find myself nearly as scared as I did when I was watching Scream. I may even say that I didn't feel scared at all. Certainly not in the same way. And  that's really where I find horror films incredibly interesting. Much like comedy, horror is such an umbrella term that it can encompass so many different types of movies. Using my limited knowledge of these kinds of movies, I want to take a look at exactly how these movies scare.


Atmosphere is not just a hip hop duo, it's actually a pretty great way to set the mood for a film. A movie that makes good use of atmosphere can suck you in, it can make you feel a part of the movie that you are watching. The Shining is a film that completely nails the atmosphere. By blending score with a camera that perfectly frames the three individuals in a massive hotel it creates a sense of isolation. The world we see here is expansive, but it's also unexplored and unknown. Early on the movie establishes that these events are happening in Colorado, but when the mother and son are running in the snow we might as well be with Victor Frankenstein on his way to Antarctica. A film like The Shining creates a dread through isolation and desperation. Sure it uses ghosts as a common device to evoke the supernatural, but knowing that there is practically no communication with the outside world creates the fear without needing any cheap thrills.

Tapping in the psyche is another way to generate scares, and though I don't like the idea of being terrified I think this is my personal favorite. Though all films interact with the psyche on some level (even films like Scary Movie create some kind of mental stimulation - incredible!), these films actively play with the notion of reality. One of the most recent horror films to rely on these techniques is a movie you may not even consider horror. Black Swan is basically a werewolf movie mixed with a dash of Satoshi Kon. Maybe a dash of Santa Sangre as well. Breaking the boundaries between reality and perceived reality will always scare me. 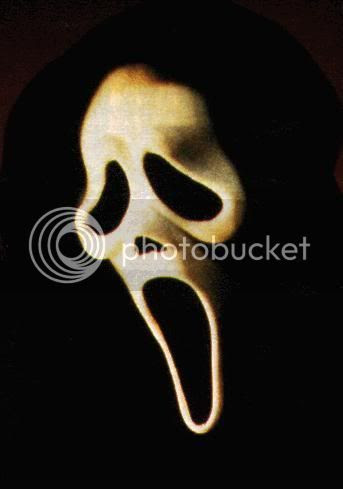 The most famous type of scare is the good old fashioned jump scare. I have a love/hate relationship with these. Scream makes pretty fantastic use of them by first building with a score and keeping corners hidden from the camera. Even classics like Psycho have relied on the jump scare to create a quick sense of terror in a viewer. They are easy, they can be cheap, but they are undeniably effective. These staples aren't going anywhere.

But you know what might be going somewhere? All of the new age torture porn. Now I don't want to imply that I'm writing off the entire genre, I've actually only seen one of the Saw films and it was at least conceptually interesting. And gore is certainly one of the genre's staples. I mean where would modern horror be without all of those 80's slasher films? Hockey masks would still be innocent! Butcher knifes would be used properly! Texas would be unmassacred by chainsaws! The humanity. Actually the use of gore seems to be profitable for American films, but artistically relevant for many recent Asian horror films. What is blood if not another hue of paint for the canvas of celluloid? I never considered gore to be scary, but it's certainly unsettling, and that is certainly a characteristic of fear. 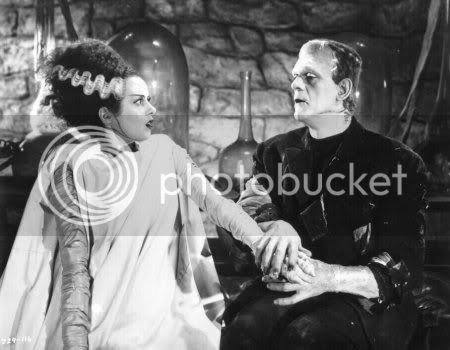 Characteristics of fear are helpful in thinking about horror because just about every film plays on a singular fear inside most people: a fear of the unknown. It's this fear that creates all the monsters that occupy all the classic horror movies. Not knowing what is out there allows these stories to manifest themselves, and it's certainly a fear that all horror filmmakers I have watched experiment with in some capacity. Who knows what is out there, what's lurking around the corner, where the killer could be hiding. That is terror.

Of course the best horror films blend all of these together. I'm still searching for the perfect horror film, just as I'm searching for the courage to watch that movie. But next time I'm watching Hocus Pocus I'll at least have a small idea (there are plenty of other subgenres of horror that use other techniques as well) why I'm scared. Aside from the obvious fact that I have no tolerance for fear. And knowing, as they say, is half of my prattle. Or something along those lines.

I'd also really like to hear some horror films that I absolutely must watch, so let me know below in the comments. Just assume I have seen no horror films, it's probably easier that way and it is mostly true!


And if you want to know what I'm watching, listening to, playing , and reading you can follow my tumblr account!
© 2011 Richard James Thorne
Posted by Rich Thorne at 3:15 PM