As the previous year dovetails in to the ether, and we can all begin looking ahead to the year that will be rather than the year that was, I still find myself wandering down this old, dusty road. If there's one thing I can certainly say about 2011, it's that movies most certainly released. And in those movies, actors and actresses gave performances. Some of these individuals will even be nominated for Academy Awards. Others have even taken home the Golden Globes, so it's like the world is always looking back at them (or their house keepers I guess) each time they walk past that fireplace mantle. But sometimes the best awards are the ones without tangible counterparts, sometimes the best awards are right here on Processed Grass.

Eligibility requirements, because this is a super serious list that will probably effect the overall Academy Awards race if individuals happen to make the crossover, are discussed briefly in my Supporting Performances post. But we aren't supporting right now, now we're the stars, baby! 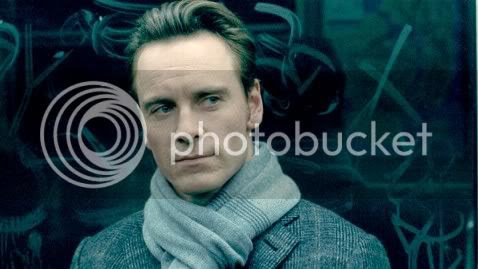 I don't want to oversimplify acting as being the best way to read lines, clearly a good deal more is going on beneath the surface than just reading. However, when you read lines as well as Jackson does in this HBO adaptation of Cormac McCarthy's play it becomes a little hard to ignore. And while I feel like either Jackson or co-star Tommy Lee Jones could have occupied this slot, when I think back to the film it's Jackson who displays a surprisingly vast range of emotion and experience. Jackson bleeds in to the character to the point where I forgot I was watching Samuel L. Jackson, and he simply became his character.

Playing the titular Meek, Greenwood is a cowboy. Last year Jeff Bridges played a similar character in True Grit, but given the varying tones of each film the way the characters are written and played become notably different. Meek is at times a man wandering alone, and Greenwood brings this sense of conviction to the role that allows this character to serve as the lightning rod that thrusts the film along, and, most importantly, stands next to Michelle Williams as an equal.

Gosling plays disconnected probably even better than Keanu Reeves. Don't mistake this for a slight against Gosling, as the energy he brings to his character by being so far removed from reality is the exact energy that puts his role in Winding Refn's latest exercise in stylistic narrative over the top. He is no less than a real hero, and perhaps even much more than a real human being.

Michael Shannon has always been able to play slightly unhinged, and he brings that ability with full force to this role. The film makes it difficult for Shannon because we are never supposed to know how crazy the character is, and the way Shannon walks this line is brilliant.

Though 2011 was a huge year for Michael Fassbender, I suppose that X-Men: First Class where he played Magneto was mostly a coming out party for him on a major stage, all of his talent seemed to come to a head when he was able to reconnect with Steve McQueen, the director who truly started showcasing Fassbender's talents with his debut film Hunger. I wrote earlier that acting isn't just reading lines, and Fassbender may be the year's best proof. The way he uses his face to build his character, to convey so much information about what happens underneath the surface, is just as crucial to acting, to achieving a sense of truth. And no one may be more true than Fassbender in Shame. 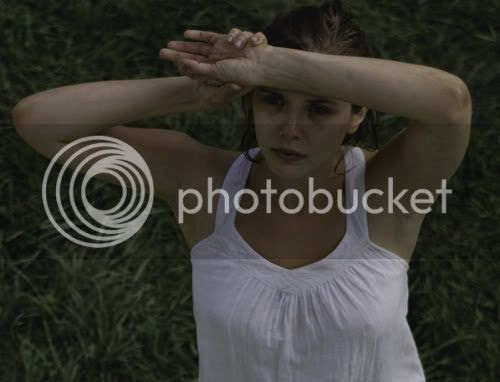 Though a good deal more reserved than she was in Reichardt's other film Wendy and Lucy, Michelle Williams revels in the desolation of 1800's Oregon. Though she plays quiet very well, when the character is allowed to flex her strength among the individuals that surround her, Williams nearly transforms. However, thinking back it's the quiet moments that stand out for me, and that the mark of a great actress. The mark of a great year for actresses is that Williams is only ranked at number five.

Diablo Cody's writing and Jason Reitman's direction could be credited for how well developed Mavis is as a character, but it's Theron's embodiment of this fractured author, constantly clinging to the past and sinking further in to pits of depression created by her own delusion that truly brings Mavis to life. She turns a character who should be alienating in to a character who is heartbreaking.

I imagine playing Jane Eyre is not an easy task, simply because much of the conflicts and turmoils within the woman are internalized and that is difficult to project on to the outside world when Jane is meant to be so composed throughout this story. Yet Wasikowska embodies most qualities of Jane Eyre (and I guess gets as close to a physical approximation any film version with a decently wide release can reasonably expected at this point in time) with relative ease and wonder. I'm not an expert on the novel, I have only read it once about six years ago, but I do know that Wasikowska is a captivating force on screen as this film's character.

Lars Von Trier got a powerhouse performance from Charlotte Gainsbourg in his previous film Antichrist and again from her here, but in hindsight I must concede that Dunst gives the (slightly) better performance of the two in this film. I was initially hesitant that I was a little fooled by her flash, she is given more to do and has a number of 'bigger' scenes, but when I thought about the range of emotion that Dunst showed I found it hard to deny her accomplishment in this role. She commands the screen, and that's what a lead performer needs to accomplish.

But, as was the case last year with Hailee Steinfeld, what I hope to find in a performance is a force that takes over the screen. Each number one on my lists have done this, including John Hawkes who gave my favorite supporting turn this year in the same film, and in her debut role Olsen is no exception. She doesn't just command the camera's attention, she demands it. She presents a fractured psyche and a fractured individual, a complete performance that fires on all cylinders from the opening frame to the haunting conclusion. Olsen dominates the screen, and I anxiously await her next project.

Congrats to all the performers, it truly is an honor just to be nominated. Olsen and Fassbender are invited to contact me for their awards, otherwise I shall hold on to them until the next year. Who knows, perhaps they shall even repeat! If 2012 has nearly as many great performances as 2011, then I imagine it has a good shot to be a great year in cinema.

And with that we being running the numbers, taking the tallies, and moving on to the biggest of honors, Top Films of 2011, coming rather soon.

Comments are welcome and, for anyone with a literary mind, I encourage checking out my poetry blogfilled with all original works for your reading pleasure.

And if you want to know what I'm watching, listening to, playing , and reading you can follow my tumblr account!
© 2011 Richard James Thorne
Posted by Rich Thorne at 9:35 AM