Despite some of the disappointments from 2011 that I wrote about earlier in the week, 2011 was a pretty good year for video games. Yeah, there was a bit of over-saturation, and we probably are on the precipice of a new console generation, but it is usually in these closing years that consoles tend to peak. And there were some mighty impressive peaks, even with the deluge of sequels. Again, as a refresher, I only played 17 games from 2011, so if you do not see a title on this list or the Negatives list just assume that I have not gotten around to it yet. I am not a machine.

Like with the other list I will say which console I played these games on, and even though this is a positives list, and a de facto Top Eleven, some of these games have problems. At times, I may not even call them all great games, but these are games I can certainly say I had a positive experience with during this year. 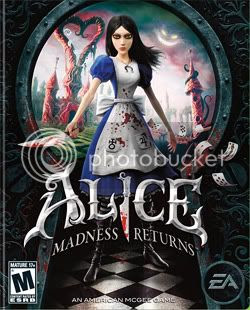 11. Alice: Madness Returns (Xbox 360) - Though Spicyhorse Games's latest has its share of problems in terms of camera control and monotonous objectives, the aesthetic layer on top of everything and the narrative being told sets it apart from games I had with Modern Warfare 3 where the gameplay was great and the narrative serviceable or Shadows of the Damned where the writing was great but the story and gameplay were middling. The mechanics here are solid, but it's everything else that earns Alice this spot. 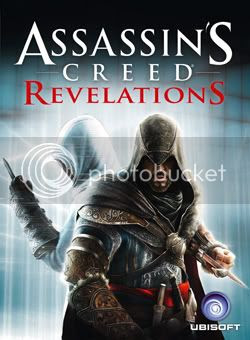 10. Assassin's Creed: Revelations (Xbox 360) - I will defend the Assassin's Creed franchise as the single greatest new IP of this console generation, but in many ways Revelations feels a bit stale. I come to this franchise for the narrative, both the actual stories that intertwine with one antoher while building on the previous entries as well as the way the story is presented. Sadly, at times the most important parts of the story are presented in first person puzzle sequences that make Portal 2 seem enjoyable by comparison. However, the gameplay here is still top notch and the large portion of the story, even though we learn more than we discover this time around, remains of the highest quality. However, I'm also ready to just move on to, presumably, the modern era in Assassin's Creed 3. 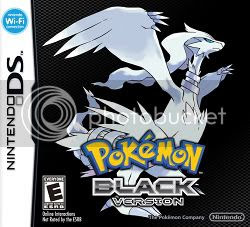 9. Pokemon: Black Version (Nintendo DS) - It's more Pokemon, and though I didn't put as many hours in to this entry as I did in other versions that I played as a child, this is still probably the best entry in the series. It's mechanically the same game, though as a narrative it at least feigns change, but those mechanics work while continuing to be enjoyable. Whether you measure the game by the endgame, more expansive than most other entries, or the beginning (where I usually find the most enjoyment in Pokemon games), it's a charming experience. I'll play another Pokemon game, and perhaps that makes me part of the problem. 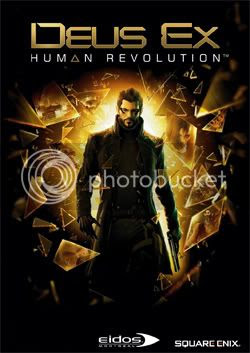 8. Deus Ex: Human Revolution (Xbox 360) - I should lead here that I never finished this game. I got to the final form of the last boss and, after a lengthy session and dying on the very final portion, I quit in frustration with an intention of coming back that I never made good on; however, even with that said one boss battle (three outsourced battles developed by other people, really) does not sour what is one of the year's most comprehensive and deep experiences. Though hacking seems essential to excising as much information as you can from the world, the myriad of augmentations for your character, and some impeccable level design, allow players to find various ways through any main quest or the surprisingly numerous side quests in this quasi-open world. The shooting mechanics are not great, even when properly augmented, but they are serviceable if you decide sneaking is not your style of play. It's not an MGS level of balance, but it's there and it works. 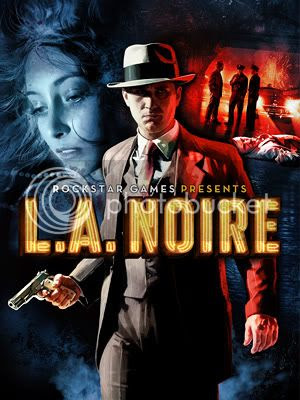 7. L.A. Noire (Playstation 3) - I admire the audacity of Team Bondi's latest game, and I had been anticipating the game even leading up to its release when it screened at as part of the Tribeca Film Festival earlier last year. Though the facial capture technology that allows the player to navigate the interrogation sections of this open world/point and click adventure hybrid is the star, it's hard to overlook the beautifully realized LA. And the game would only be as strong as its narrative, which thankfully (despite being a bit predictable) is sustained by high quality presentation. Is this game a 'game changer?' I'm not sure, but damn if it's not one of the year's most unique experience. 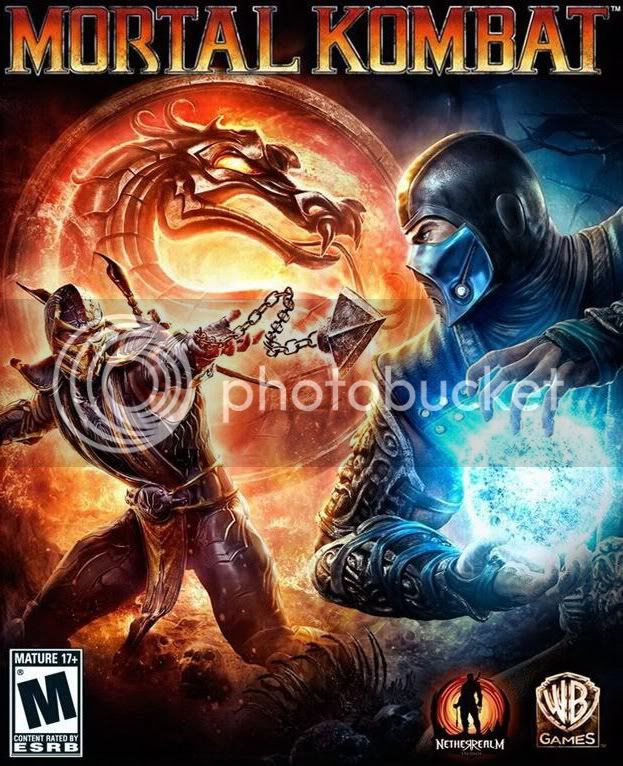 6. Mortal Kombat (Xbox 360) - The return of MK is a, mostly, highly polished fighter, but what sets it apart from other titles, aside from its accessibility that the komplex supers the Street Fighter games employ, is the amount of kontent packed in this title. Aside from the traditional ladder, where each character has their own mini story they work through, the Krypt unlocks, minigames (I really wish the chess game was tucked in here though), and insanely (twisted?) fun Test Your Luck where a slot machine is spun that enables random kombinations of kombat modifiers such as armless fights, paintball mode, falling comets, or many others, add variety to the package.

Yet what allows me to actually call the newest MK a true game changer is the single player mode. A surprisingly effective, and lengthy, story mode doubles as a way to allow the player to experiment with each kharacter in the game for three battles while reliving klassic moments through previous MK games by employing a split timeline narrative similar to the latest Star Trek film. This is now the package by which all other fighting games should be measured from this point forward. 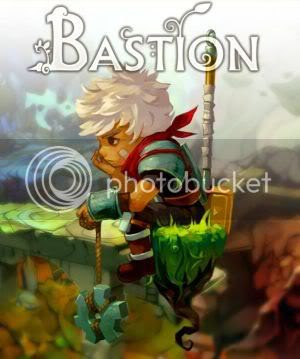 5. Bastion (Xbox 360) - Debut title from Supergiant Games was stunningly beautiful, amazingly complex (what with all the combat modifiers and combinations of weapons/upgrades to be selected), and even distinctly funny. What could have easily been a button mashy action title turned in to a softer emotionally resonant affair that once again proves (as Processed Grass's very own 2010 game of the year, Super Meat Boy, can attest), the strength of creativity in the downloadable realm. Oh yeah, and that narrator, what a fantastic way to engross you in the game. 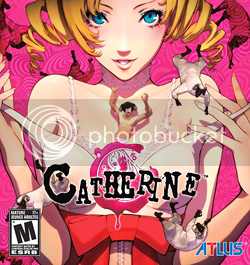 4. Catherine (Xbox 360) - I have the highest reverence for the Persona Team that developed Catherine, and while this is a different beast entirely, being a block pushing puzzler rather than a JRPG, a number of their sensibilities are apparent in this title. While the narrative devolves into the silly, and occasionally being too black and white when you're making the relationship choices, the trip there and the themes it tackles are handled deftly and with respect. As a narrative, synthesizing this with all types of narrative, Catherine delivers the most complete, fulfilling story of the year. 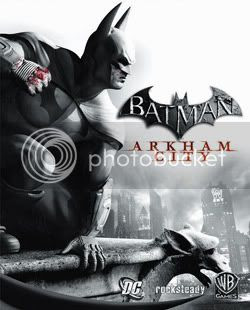 3. Batman: Arkham City (Xbox 360) - There's a lot in this game. Despite being a sequel to Arkham Asylum, and refining the combat in ways that were particularly illuminating, this game is completely different. The open world component, as opposed to the Metroidvania formula of the first entry, throws so much at the player from the very beginning that it almost becomes overwhelming. But that's what the game's strengths also shine, in establishing tone and creating a place in total disarray. Much like the first game, by the end of Arkham City I wanted to become engrossed in the world of Batman. Add that to the game's technical polish, and you have one of 2011's best games. 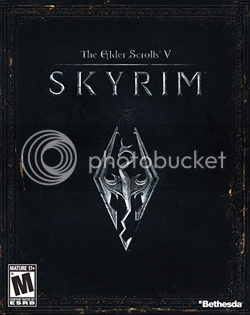 2. The Elder Scrolls V: Skyrim (Xbox 360) - What else can be said about a game that has seemingly dominated reddit since its release? A game that is basically all of Bethesda's best ideas refined to near perfection. A game that has practically garnered universal praise. Yes, it is still problematic in the same way that most Bethesda games are, and the main narrative is fairly dull, but I've spent so much time in the game, and its dynamic systems do such a nice job of masking these short comings and providing me with distractions that I found it near impossible not to join the masses and sing the praises of Skyrim. 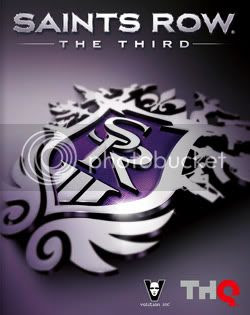 1. Saints Row: The Third (Xbox 360) - I would not have guessed at this time last year that Saints Row: The Third would top my list. But you know what? As a video game, SR3 is the most video gamey of all the video games. It's a game where literally anything can happen at any time, and I believe the game is at its best when it is completely off the rails. While its narrative may not make the traditional case for games as art, this game synthesizes so many aspects of the medium that it probably makes one of the strongest and most unique cases yet.

In a year of open world games, Saints Row: The Third was not only the best open world game I played, it was also the best wrestling game I played, the best text adventure I played, the best top down shooter I played, and it even let me jump out of a helicopter while Kanye West's "Power" played in the background. At the end of this game, I turned my character, a woman who went through the majority of the game dressed as a member of Party Down Catering Service, in to a toilet. But you know what is really impressive? Saints Row: The Third found a way to make zombies enjoyable. And that, perhaps more than anything else, deserves recognition.

Let me know what you think about the list in comments, and look forward to my 2011 Film Wrap Up beginning next week!

I also played a bit of The Binding of Issac and Rayman Origins, but despite enjoying my approximate two hours with each title, I don't feel like I've gotten enough of a feel for them to properly rank them on my list.