Now that I have finished up my music and video game coverage over the past couple of weeks, and with Oscar nominations right on the horizon, it seems fitting that I start focusing on the world of 2011 cinema. While I will withhold qualitative judgments until later, there are still plenty of films from last year that I want to see despite already watching a total of 67 2011 releases, as I was compiling these lists I realized that this year was pretty fantastic for actors (both male and female). The journey itself has been long, but that's the trip, baby. We are all along for the ride, and now it's time to start making sense of this crazy, mixed up world.

Before getting to the lists, I want to briefly outline my requirements for eligibility. Basically I needed to personally have some way to access a film in the year 2011 for it to make the list. That means films like Carnage and A Dangerous Method are going to be held off until next year's list. Similarly, because my unabridged list has some films that I included as 2010 movies, but didn't see theatrical distribution or DVD release until early 2011 I am going to include them one final time this year. So even if a performance made my list last year, if the film itself is on my 2011 Master List then it can win again, as the case may be.

And with that, on to the awards! 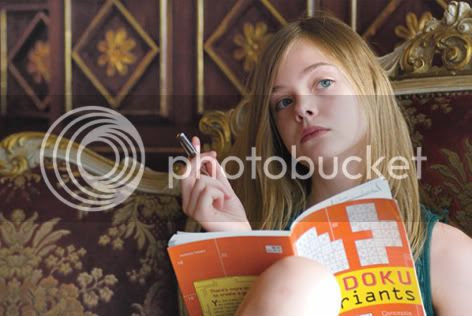 Despite Mulligan being the buzzed about debutante since her first major role in An Education, I have always been incredibly cold on her as an actress. While I have started developing more of an appreciation for facial actresses, her stare always seems so detached and vacant. That is, until she showed up in Steve McQueen's sophomore film Shame. Playing Michael Fassbender's younger sister meant that she was going to constantly be put up against a powerhouse of an actor, so when Mulligan shows off an ability to deliver an emotionally charged, occasionally bombastic performance of this attention starved, slightly whimsical youth I was completely blindsided. Maybe it was her American accent as well, that's usually impressive because I'm a dumb American who thinks non-Americans speaking like Americans is impressive. Or maybe she's just really great.

Mike Leigh knows how to get performances out of his actors. Few directors working today are able to tap in to as much honest, raw humanity as Leigh, and the performance that Manville gives in his latest film is stunning. Though it has been about a year since watching Another Year, I can still vividly remember just how enjoyable, and simultaneously devastating, her turn is as the aloof Mary who time has apparently passed by without a care. The final scene in the film is stunning, but it's the way that Manville moves from one emotional extreme to the other that evokes a sense of pathos that you can only find in a Mike Leigh movie.

Roberts makes what seems like a yearly appearance on my list once again (and almost twice on the same list because of just how charming she is in The Art Of Getting By) for what may well be her best performance since Lymelife. Throughout much of the film it seems as if she is simply playing another Emma Roberts character, but as the killings start to progress and she finds herself at the center of the new string of Ghostface murders her performance also begins to shift. Throughout much of the film Hayden Panettiere actually gives the better performance, but what Emma does at the end reframes her entire performance in the film up to that point and really allows her to shine as an actress in the way other films have not completely allowed her to before (with 2011's 4.3.2.1 being the notable exception). Ultimately the way I was made to adjust my evaluations of her performance as a whole because of what she does in the third act pushes her into the upper echelon of 2011 Supporting Performances.

While I have not seen The Debt or The Help, I can safely say that 2011 was an impressive year for Jessica Chastain. Though her performance in Take Shelter allowed her the opportunity to flex her emotional range in a single film, this slot could just as easily be occupied by her turn as the Mother in The Tree of Life. Still, what makes this role a bit more well rounded than the other (aside from the fact that she is arguably a lead in Malick's film) is the amount that she is asked to do in this film. I know that usually less is more, but this is a perfect example where more is SO MUCH MORE!

You may notice that Elle Fanning is not listed for a corresponding film. While I would say that her best performance, and arguably the year's best performance, is her turn in Somewhere, she topped this list for that film last year. She's also great in Super 8 and We Bought A Zoo, but not as great as she is in the Coppola film. Fanning built upon her early success and solidified her spot as the up and coming actress to watch out for, and hopefully 2012 is just as great a year for her, because what she does in Somewhere is absolutely magical. 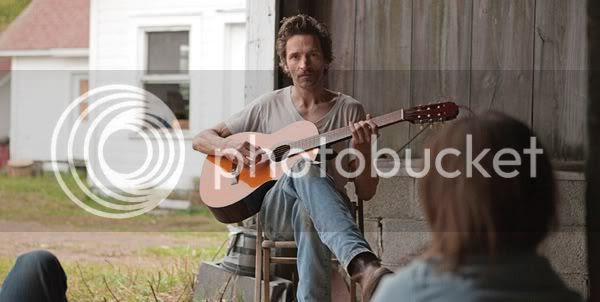 In many ways 2011 was the year of canines in cinema. Between Snowy in The Adventures of Tintin, the beagle in We Bought A Zoo, the Doberman in Hugo, and the dog in Beginners, you could basically take your pick. While I love the Doberman, Snowy, and the Beagle, the way Uggie was deployed in The Artist brought out a genuine charm to a film that felt far too artificial and manufactured. A great supporting performance lights up the screen and makes the lead even better, which, as unconventional it may seem, certainly applies to Uggie.


The most likely reason I couldn't award my five spot to the dog from Hugo is because Baron Cohen, mostly of Borat and Bruno fame, was just so spectacular opposite the animal that he ought to be recognized for his turn as the orphan grabbing, gimpy antagonist in Scorsese's latest. Baron Cohen has shown acting chops before in Sweeney Todd, but for some reason he still has not seen his dramatic/comedic blends increase (I blame Russel Brand, I guess), yet when he is given the chance he tends to knock the roles out of the park. This is no exception.


Much like Baron Cohen, Patton Oswalt could easily be written off as just another comedian, and while he is insanely funny in Jason Reitman's criminally overlooked film it's the moments of quiet humanity that cement his performance as one of last year's best. Again, like with Baron Cohen, Oswalt has shown in Big Fan an ability to handle these types of roles, but even knowing what he was capable of did not completely prepare me for just how engaging, lifelike, and engrossing he ultimately was across from Charlize Theron, playing an older nerd to whom society has effectively given the shaft.


Though the accomplishments of Terrence Malick's latest film are almost too numerous to list, the near central performance from Brad Pitt is as stunning and imposing as even the most grandiose of themes going on in the meditative family drama. One could boil down the performance by saying that Pitt plays the daddiest dad of all dads, which would not be too far off the mark, but the way he projects a reserved affection that is always underscored by a sense of supreme authority makes for one of the most fully realized performances from 2011.


After last year's menacing performance in Winter's Bone, I figured that Hawkes would be hard pressed to ever top that unless his character on Eastbound and Down took a hard left turn in the upcoming season, but then he popped up as the cult leader in Martha Marcy May Marlene where he was completely terrifying. Though I feel that any of these top three actors could easily occupy this top slot, what I feel earns Hawkes this spot is the way that I was always guessing when he was on screen. I had an idea where the character was going, but the offhanded way in which he delivered his dialogue, the way he built this character, was, to use the most generic of words, impressive. But sometimes those words become generic because they are effective. Hawkes is just damned impressive.


In hindsight, the number of great supporting performances from last year, especially from the male actors, was staggering. When I move on to Lead Performances later in the week I hope I don't have as much trouble formulating the list, though with Dunst, Olsen, Gosling, Fassbender, and others all starring in 2011 films, I know I am going to have some tough decisions to make.

Comments are welcome and, for anyone with a literary mind, I encourage checking out my poetry blogfilled with all original works for your reading pleasure.

And if you want to know what I'm watching, listening to, playing , and reading you can follow my tumblr account!
© 2011 Richard James Thorne
Posted by Rich Thorne at 7:09 PM