As much as I love games, I sadly only had the time to play a total of seventeen new games in the past year. Without a PC I missed out on The Witcher 2, I have not had the chance to dive in to The Legend of Zelda: Skyward Sword, and I only purchased Rayman Origins yesterday. So I clearly cannot claim to be an expert on all things video games in 2011, and as such I present you a list of all the games I have played without claiming it to be a definitive list that represents my opinion of the medium's year in the same way that my Top Tracks, Top Albums, or upcoming Top Films do. Despite my love for this medium though, what I have experienced from the year, one marked by a console stagnation and a deluge of third entries in franchises, has varied greatly in terms of quality.

A caveat, my friends, for approaching this list. I'm not saying all of these games are 'bad' or without any sort of merit. In fact, in each case I can think of, and will write about, aspects of each game I enjoyed. However, these are meant to reflect games I played where the negatives outweighed the positives, and ultimately my time with these titles could probably have been better spent with other games. I'm also going to include the consoles I used to play these games, in the interest of fairness.

And with that warning, let us move on to the main event! 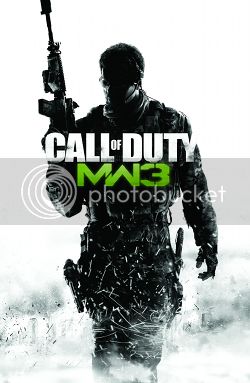 Modern Warfare 3 (Xbox 360) - This is not a bad game. I cannot stress this enough, because if there's a game that just teetered on the edge of making the potential positives list, it was the latest Call of Duty production from Infinity Ward and Sledgehammer Games. The actual narrative in the campaign was just as successful as the second entry in the franchise, and all the moments of bombastic spectacle work, for lack of a better word, spectacularly. The game also uses the rumble feature better than any other game I played this year, creating a sense of synesthesia that other games should strive to emulate.

Even the multiplayer continues to be robust and enjoyable, I'll continue to call it the best competitive multiplayer on the market by a large margin, but where the game falls short for me is in the level design. Nearly all of the multiplayer maps feel constrained and small, with very few expansive fields built for sniping (which I don't do anyway, but I hate running through small city streets). The campaign mirrors this feeling so small scale as well, clocking in at just over four hours. It cleans up as many loose ends as possible, but taking a little time to flesh out the new characters could have put this title over the top. 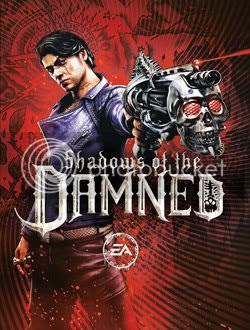 Shadows of the Damned (Xbox 360) - If a game could get by on humor alone, Shadows of the Damned could very well be the game of the year. Seriously, rarely has toiler humor ever been so enjoyable. Spending time with Garcia Hotspur and his talking skull companion/weapon/motorcycle Johnson as they blast their way through a wonderfully realized Hell piles on the laughs. The demon storybooks scattered throughout the worlds, including one where Garcia struggles to read gems such as "You probably do more fapping than flapping," spawn some of the year's best moments. And the way the game completely pulls the rug out from under the player at the end is Suda 51 at his finest.

But then there's the entire part where you're left playing the game, and while it's rarely offensive it's basically never an enjoyable experience. Perhaps one day Suda 51 will create a game that's enjoyable to play, but until then I'm fine entering the twisted worlds he creates. 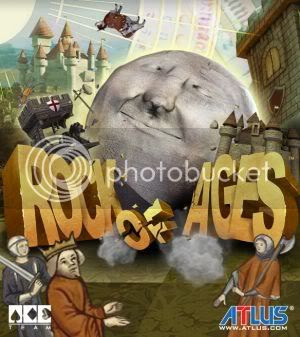 Rock of Ages (Xbox 360) - This downloadable title, where you take control of Sisyphus as he takes the boulder he is condemned to eternally push up a hill and instead rolls it downhill in an attempt to crush a myriad of historical figures that include Napoleon, Leonardo da Vinci, Leonidas, and many more. Coming from the team that made Zeno Clash I had hoped for flashes of Father-Mother, but that was supplanted by a humorous Monty Python~esque aesthetic mixed with Super Monkey Ball, tower defense, and fart sounds.

Despite being beautiful to look at, playing against the computer is a nightmare in the late game because their build order is simply too good. When I won it felt that I was quicker, not more competent. And then there were the boss battles, puzzling additions that infuriate rather than breaking up the game's monotony. While I'm sure this is a fun game for multiplayer, last I checked the serves were basically dead. Perhaps there's fun to be had on the couch, perhaps I just need more people to play games with me. 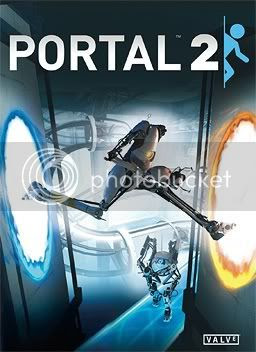 Portal 2 (Xbox 360) - We've now gotten in to the bad games. I adored the first Portal upon release, but when expanded out to a full game I had a ton of trouble finding a compelling narrative or the same degree of enjoyment from the puzzles. Yeah, Wheatley is a great, funny character, and GLaDOS is still there to bring some sarcastic bites, plus now there's Cave Johnson or something. But nothing feels cohesive, the sense of discovery is replaced by a feeling of going through a set of levels, which is odd because the first game is largely a set of sectioned off levels while this one is crafted to feel more 'natural.' Perhaps if I had played the multiplayer, again there was a lack of another person to play with so I never experienced that portion of the game, all the extraneous narrative threads that fill in this world come together, but I don't think that's a valid excuse.

When most of your fiction is presented through what may or may not be built in to the game, or hidden in the game's code, or inferred from outside websites, or maybe is not even valid if Valve decides to change the ending of a game post release or issue a press release, the feeling of a unified work is completely shattered. Now maybe Portal is all planned, a grand exercise in new-age narrative that does not simply end with the work itself and is constantly ongoing. I'll be glad to come back to this game and evaluate it with that in mind, but as it stands now it's not, and even if that turns out to be true it can't change this game not being fun to play. 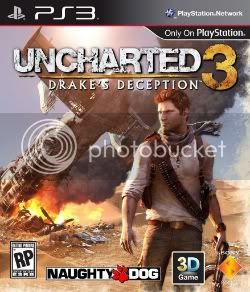 Uncharted 3: Drake's Deception (Playstation 3) - I don't like the characters in this franchise, and I like them even less when they are so underwritten and inconsequential to the overall story that is being told. Why keep Elena and Chloe separate throughout the entire game? Why bring in Cutter and then just abandon him in the second half? Why are there pirates kidnapping Sully? Why can this man with Marlowe turn in to some crazy fire demon guy? Is it all just in the water? Did it have something to do with that ancient artifact? Was he actually magical or not? Does Marlowe even do anything?

Yeah that pirate ship sequence, all of the chapters that includes, narrowly edges out the train sequence from Uncharted 2 as the most thrilling sequence the series has ever accomplished. And the multiplayer is still fun enough, despite not being compelling aside from it simply being there. But the shooting, despite not changing much on the surface, felt a lot more loose in this entry. The combat of Uncharted has never been satisfying, but I never thought it would get downright infuriating coming off of the previous entry in the series. I wouldn't mind watching portions of this game be played, but I never want to touch Uncharted 3 again in my life. 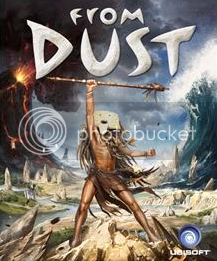 From Dust (Xbox 360) - While the idea of berating downloadable titles, usually smaller endeavors that deserve support to keep the market afloat, I struggle to find much nice to say about God simulator From Dust. It looks really great for a downloadable title. Unfortunately the controls are dicey at best, flaunting imprecision and leaving most of the decision making to the frustrating AI. I should say, for what it's worth because some people may say that I am discredited from writing about this game as a result, that I did not finish this game. I made my way about three quarters of the way through before I couldn't find the desire to play it anymore. This is the only game in this post that I did not play to completion.

I understand that there are some interesting powers in the last few stages that I never toyed around with, but it's also my understanding that the levels and puzzles themselves, which is where my problems lie, don't change. Apparently the PC version, which could have addressed the controls, was an even bigger debacle than the console version. Perhaps if the free play mode was unlocked from the start I could have at least seen what would come and find the motivation to close the game off, but from top to bottom I can't think of a game I played from 2011 that was worse than Ubisoft Montpellier's latest.

Do these games deserve the hate? Am I completely off base on any of these? Should I have forced myself to play Duke Nukem Forever so that he could have trotted out old jokes about that game? Did I make any 'egregious oversights?' Let me know in comments!

And since the negativity is now out of the way, I am able to move on later in the week with all my favorite games of 2011! Thankfully these January doldrums give us all the time to wait and build that anticipation.


And if you want to know what I'm watching, listening to, playing , and reading you can follow my tumblr account!
© 2011 Richard James Thorne
Posted by Rich Thorne at 8:28 AM