In what is a first for Processed Grass, we have pulled our (my) minds together and decided that, given the number of television shows I regularly watched this year, that it would be wise to include them in my year end listmaking process. At first I thought about combining them with my film list, but the forms are different enough that it seems more fitting to give it its own spotlight. So, in this transition between my top albums and songs lists to my film coverage, let us take some time to appreciate the best that the small screen had to offer in the past year! 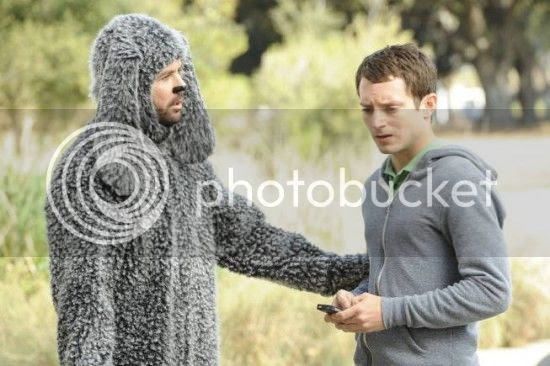 10. Wilfred (US) - Though the first season of FX's adaptation of Wilfred was surprising, it really ratcheted up the comedy and the drama in its sophomore season. The result is a both a brilliant companion piece to Louie and also one of the most bizarre seasons of television masquerading as a seemingly simple buddy comedy. Though it plays laughs well, what makes Wilfred standout are the more cerebral moments that probe in to the psyche of Ryan (Elijah Wood) and the manifestation of Wilfred. 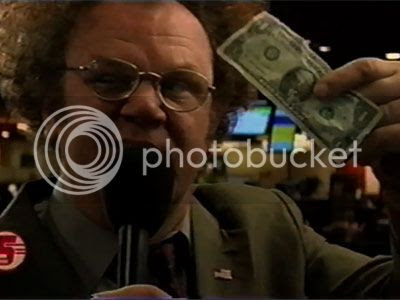 9. Check It Out! with Dr. Steve Brule - I'm not a big fan of [adultswim]'s Tim and Eric show, so I had mostly written off the first season of this show without ever giving it a chance. Thankfully I hopped aboard with the second season, because these twelve minute bursts of brilliance anchored by one of America's greatest talents in the form of John C. Reilly are absolutely brilliant. There's a good chance that the "Money" episode is the funniest thing I watched last year. And that wasn't even the episode with Mobin! 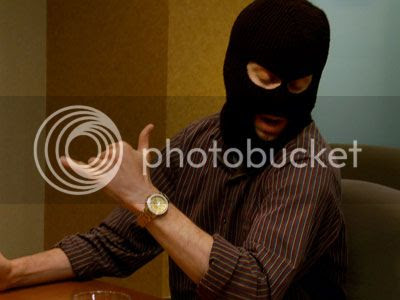 8. Delocated - Strong year for live-action [adultswim] shows because, even though it may not have been funnier than Check It Out, the third season of Delocated truly is something special. I watched this show off and on in the past, but tuning in regularly allowed me to develop an appreciation for Jon Glaser's genius. Every line of dialogue is so well written, and the way that Glaser plays the lead character John is perfect. How many shows can create an entire 30 minute episode about a potato skins bar while still using it to advance a larger plot? One. That's how man. This show. 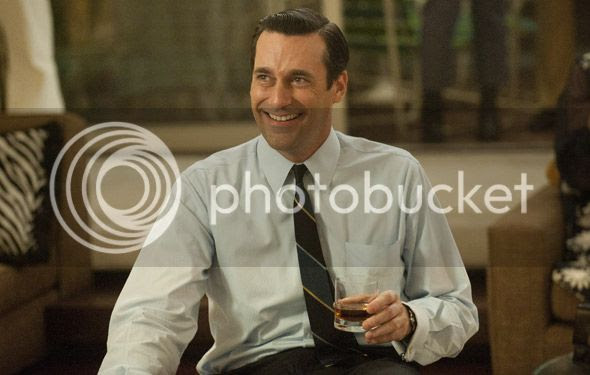 7. Mad Men - It would be easy to look at the most recent season of Mad Men as a bit of a regression, especially with the finale being a bit underwhelming when compared to the past. A sense of stagnation settling in on what has been TV's best drama for years. But to do so also overlooks some monumental changes that happen in this fifth season, once again shifting the fabric of the show entirely. As with every season the show continues to confront change while forcing Don to confront his aging. It's all brilliant, and even if other shows may have finally caught up to Mad Men it's still one of TV's best programs. 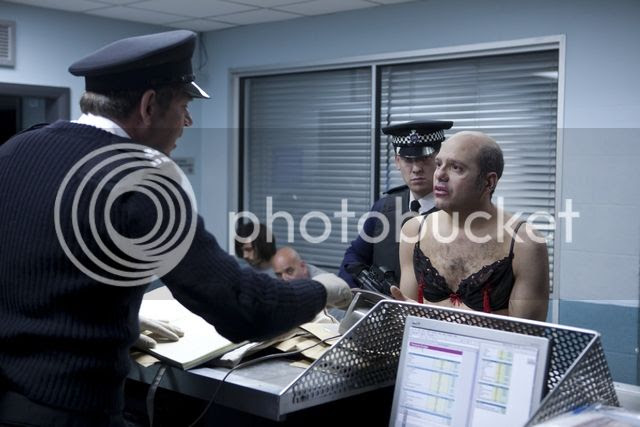 6. The Increasingly Poor Decisions Of Todd Margaret - Simple to say that this is just a case of Jon Hamm outdoing Jon Hamm, but that wouldn't be fair to the majority of this insanely dark second (and final) season of David Cross's latest sitcom. What I love about this show is both its willingness to constantly put Todd Margaret in the most uncomfortable situations imaginable, and then making them even worse. Plus there's the larger running plots and deceptions going on behind the scenes that allow Will Arnett and a wonderful Spike Jonze to bounce off one another. Not to mention one of the greatest, most twisted gags of the year in the reveal of the "Shattering the Glass Ceiling: Part Of Women's Week." Todd Margaret, you will be sorely missed. 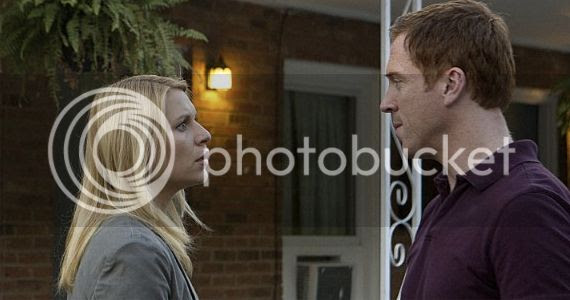 5. Homeland - Though the second season of Homeland was a bit more sprawling and messy than the first one, I can't help but admire just how high the peaks of the season were, along with the audaciously breakneck pace at which plot unfolded. Unlike a show like Breaking Bad that relies on a sustained pace (which I don't think holds up with a week break between episodes, while Homeland is able to sustain this energy), Homeland integrates this element with a similar importance on building a (mostly) complete cast of (mostly) engaging characters. It's kind of this Mad Men/Breaking Bad hybrid in that sense, except more rewarding than the latter and more action packed than the former. I have no idea how season three will go, but it's that feeling which makes Homeland all the more appealing. 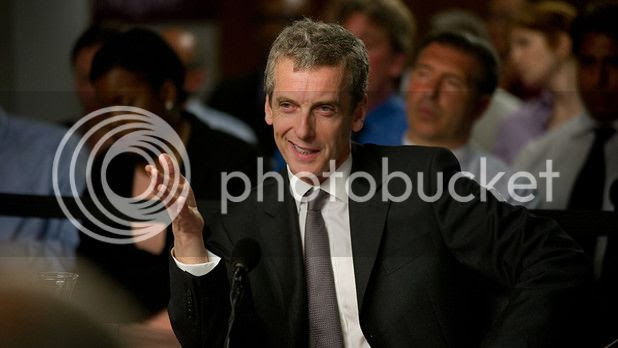 4. The Thick Of It - The final season of Armando Iannuci's dark satire might not be the funniest the show has ever been, but damn it if isn't the most tragic. While the debut of Iannuci's Veep was hysterical, the dramatic stakes were not nearly as high as they were on The Thick Of It this year. It's generic to highlight Peter Capaldi as Malcolm Tucker, but what he does in the final two episodes of the season is some of the finest acting from the year regardless of medium. The show has always poked fun at government, but it's never been quite as venomous. The resolution here provides no hope, a universal sense of despair where all we can really do is laugh, otherwise the painful reality would destroy us. 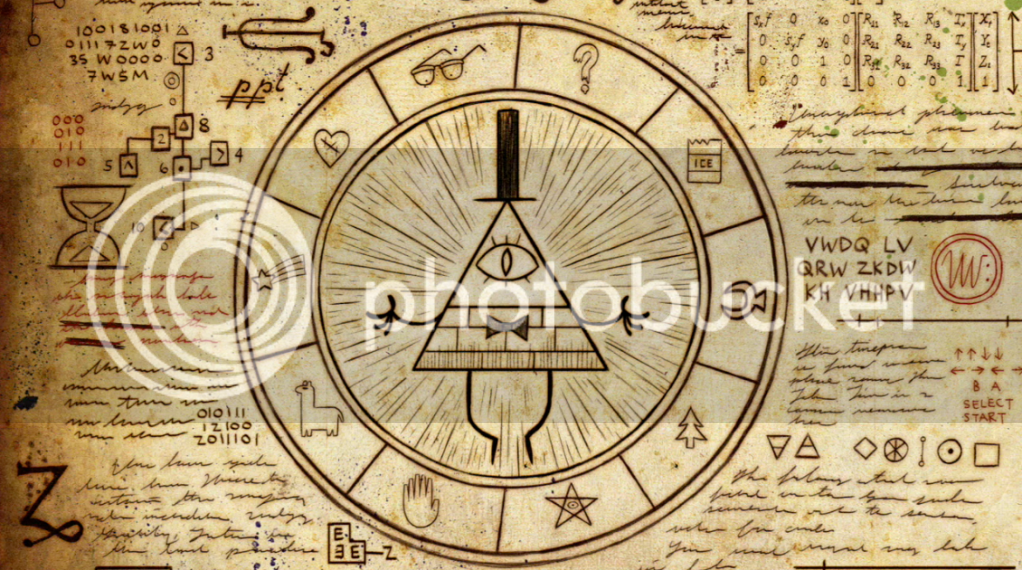 3. Gravity Falls - Though still quite young, the latest animated program to air on the Disney Channel is one of the most promising debuts they have produced in a while (well, with the exception of A.N.T. Farm in 2011, but again these are two shows in a sea of mediocrity or worse). Channeling elements of Twin Peaks, So Weird, and even to some extent something like Invader Zim, the first season of this mystery-comedy came out of nowhere. The way this show creates its characters and builds them up is great, but what is more engaging is how well the world is established, setting it apart from the trash cartoons Disney has aired recently like Phineas and Ferb or Fish Hooks. Kind of hard to believe that this is the result of someone who wrote for the abysmal Disney comedy Fish Hooks and decent at best Cartoon Network program The Marvelous Misadventures of Flapjack. Oh yeah, can't forget the talented voice cast that features a manic turn from Kristen Schaal as Mabel, Jason Ritter as brother Dipper, Linda Cardellini (of Freaks and Geeks fame) as Wendy, and creator Alex Hirsch taking on many other characters. I have the highest of hopes for this show. 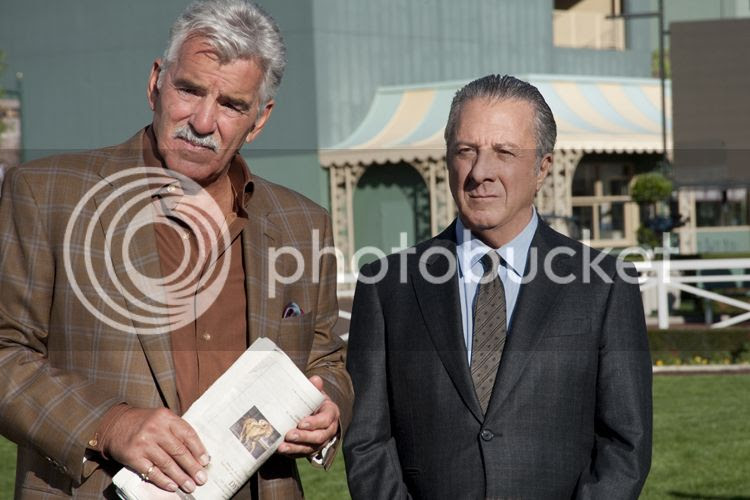 2. Luck - It's hard to come out of the gates firing, but from the very first episode Luck had the feel of a long running series. Helped along by Michael Mann's majesty and a great turn from Dustin Hoffman (as well as, you know, basically every other supporting character in the entire show), David Milch's latest HBO series was primed to turn in to one of the TV's best dramas. Incorrectly described as too complex because of the gambling slang (largely irrelevant to understanding the character dynamics and thematic heft that truly defined the series), the core here is so well established and defined, so complex and rewarding, that not seeing it return for a second season after health concerns for the involved horses helps me understand how people must have felt when Deadwood was also canceled prematurely (I still have to catch up with that one). Still, it's impossible to deny all that this show accomplished in such a short time, and even though we won't see new episodes what we do have is easily the best pure drama of 2012. 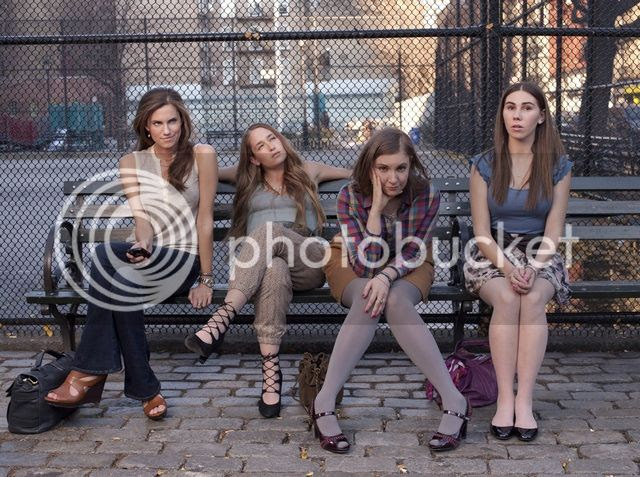 1. Girls - But it was another HBO series to make its debut that basically outclasses everything else. Lena Dunham's Girls is a biting satire that, even though condemning, doesn't turn all of its characters in to walking jokes. Honestly this could make the list simply for that one scene that involves Robyn's "Dancing On My Own," but the way it balanced comedy with drama is the most impressive aspect. As each week passed characters who seemed one note revealed new layers of complexity, and as the series pressed on it became much more apparent that Dunham was examining specific cultural staples and challenging them on a consistent basis. If this show gets better in its second season, we may be witnessing one of the all time greats.

And here is a ranked list of all the shows I watched from 2012. I sadly didn't have time to catch up with season three of Boardwalk Empire (though what very little I saw was fantastic), and after loving the strides made in the second season it very well may have made the list if it kept up the energy from 2011.
An excellent year for TV means that 2013 has a lot to live up to. What were your favorites from last year? What do I need to catch up with? Let me know below in comments and keep an eye out for my film coverage of 2012 starting next week!

And if you want to know what I'm watching, listening to, playing , and reading you can follow my tumblr account!
© 2013 Richard James Thorne
Posted by Rich Thorne at 2:59 PM