And with the clock striking midnight last night we have finally stepped out of the year 2012 and entered the magical world of 2013. It also means that I get to start doing all of my wrap up lists whereabouts I process all forms of culture that I ingested. The best rise to the top, the forgettable fall by the wayside. Certainly tough decisions needed to be made, especially in a year where the biggest releases were mostly disappointments, but each cut only makes me stronger. And with that strength this list rises from the ashes. We finally have our own Game of the Year! 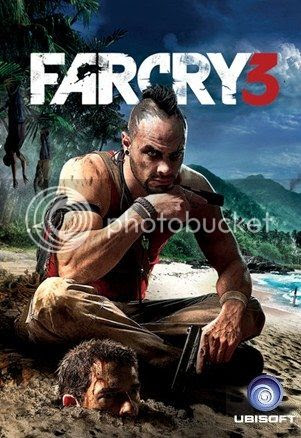 11. Far Cry 3 - This open world FPS came out swinging with one of the best openings to a game in recent memory, and it continued to build good will with its deep open world exploration elements. Whether sneaking around the edges of roads as I planned the best way to take over an enemy base, tracking down big game in order to craft another weapon holster, or digging through one of the most interesting codexes I've ever seen in a game, fun is rarely in short supply. There are narrative miscues as the game progresses, and like Skyrim before it there comes a point where side systems become less relevant and it kind of bottoms out. But until that point hits, damn is it good. 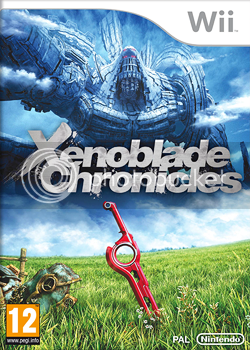 10. Xenoblade Chronicles - Yeah, a Wii game made this list. Stewing in the lands of Japan for years, this JRPG is such an accessible and engaging title that it was worth all the time and effort it took to finally bring it over to the states. The game weaves a dark tale, creates an expansive world, and excels just as much in regard to its combat and extensive side quests as it does with the writing. There are right ways to go about making a sprawling JRPG for consoles, Xenoblade nails it. 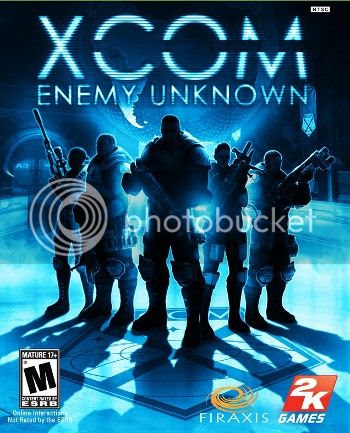 9. XCOM: Enemy Unknown - Add turn based strategies to the types of games I love but generally don't care to play on consoles. And then pull up the modernization of XCOM as a reason why I'm just a big dummy. The blend of mechanical simplicity with demanding micromanagement yields one of the year's toughest yet most satisfying titles. You don't need to have Sun Tzu's knowledge about the art of war to enjoy blasting through the alien invaders, but if you don't think carefully prepare to deal with the consequences of leaving virtual families a few members short. RIP Papa Bear, you're gone but never forgotten. 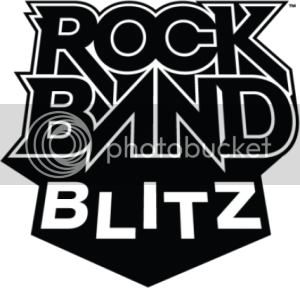 8. Rock Band Blitz - Coming in to 2012 my most anticipated game was easily the downloadable title from Harmonix that promised to once again have me losing hours and dollars to the extensive collection of recordings on sale from the Rock Band store, and this multi-instrument scoregasm did not disappoint. Sure the game is fairly simple to play, but certainly difficult to master. Add in some effective social hooks with Facebook integration that add to the actual gameplay experience on consoles it certainly looks like Harmonix is still at the top of their game. 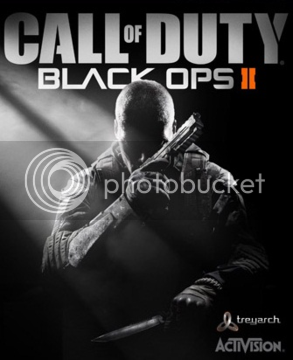 7. Call of Duty: Black Ops 2 - Well here we are. In a year marked, arguably, by sequel fatigue we have what should be the biggest culprit. And yet Treyarch, most notable for making the lesser CoD games, have crafted what is probably the best entry in the franchise since Modern Warfare 2. Hell, maybe the best entry in the franchise in general. The multiplayer maps are fantastic, as expected, but the new Pick 10 system opens up an entirely new layer of customization. Zombies is still an enjoyable horde mode. Yet the biggest stride comes in the game's dynamic campaign, where choices are constantly being made that manifest in different paths the game can take. For a genre, and series, where it's easy to phone the campaign in, Treyarch shows ambition, which always deserves praise. 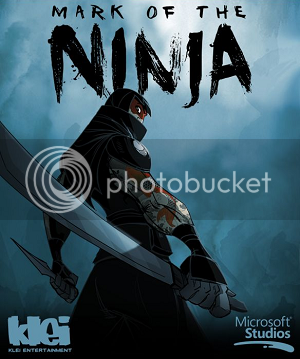 6. Mark of the Ninja - Stealth. There's something I can get behind. And slice open some throats. That's a joke about ninjas, I guess. What's not a joke though is the way this 2D stealth game presents so many options for the player in terms of completing levels. When I made a mistake it was my fault for not picking up on patterns, for not using the right item. It also tells an interesting story about sacrifice and power structures that adds a bit of ambiguity to the game thematically. 5. Dust: An Elysian Tail - One of the year's best looking games comes in the form of a Metroid-vania hack and slash that, despite its seemingly innocent art style, actually covers a fairly hefty narrative that tackles some darker elements. Though the gameplay itself isn't incredibly complex, it is satisfying enough to remain engaging while the narrative itself holds up most of the slower time. There side quests that are packed in further flesh out the world. Though Dust isn't the most mechanically interesting, as a full package created, essentially by one person, it's an incredible accomplishment. 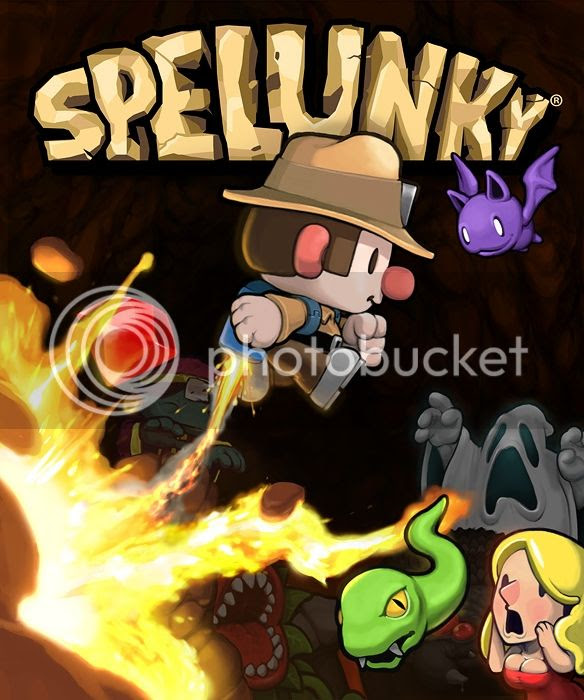 4. Spelunky - Speaking of games that are punishingly difficult and make me feel like I'm completely in control of my mistakes comes the HD version of Spelunky. A game that rewards patience and precision, this rougelike does allow for some saved progression along with its perma death that allows a player to tailor an experience rather than forcing constant restarts. Yet there's nothing quite like running through the entire game start to finish (minus that City of Gold which I still can't quite reach). I've only done it twice, but damn it felt good. Not since 2010's GotY, Super Meat Boy, has pain felt so good. I love it when you hurt me bad. 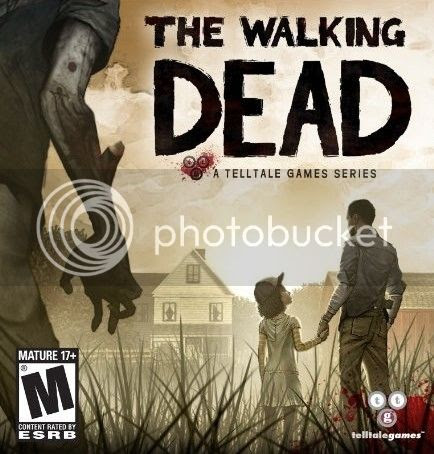 3. The Walking Dead - I don't like zombies. I don't like the TV show The Walking Dead. I do like point and click adventures, but the episodic TellTale games have never really hooked me even though I've enjoyed many of them. And then The Walking Dead kind of changed everything by perfectly creating this sense of illusion that I was creating my own story. While not quite the same level of appeal as a choose your own adventure book (there is, after all, one end that everyone will reach one way or another without having to start over), the sense that each choice I was making had lasting implications on the game itself hasn't been tapped in to so well since Heavy Rain. The quick dialogue options work well as the central mechanic as well (echoing Alpha Protocol from what I gather, except with less focus on bad combat), and make for one of the year's most engaging jolts. 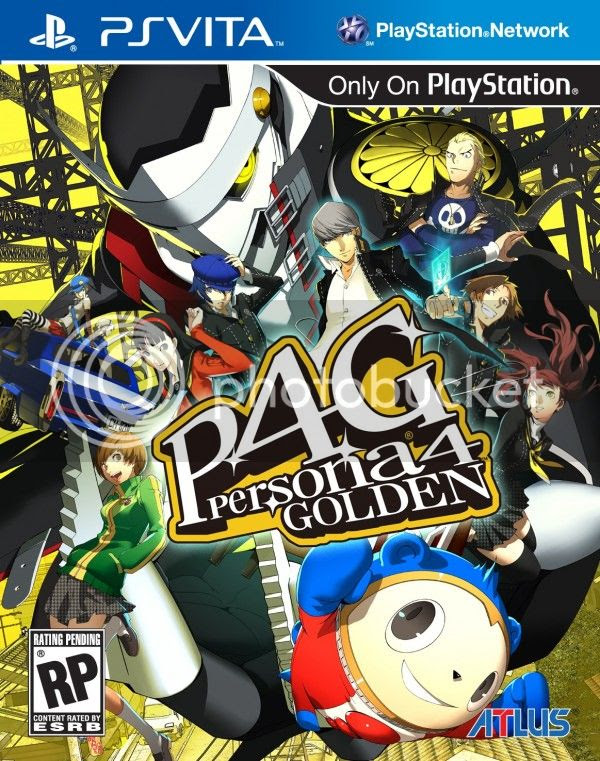 2. Persona 4: The Golden - Listen, I'm only about 20 hours in to P4G, but as someone who has already dumped over 200 hours in to multiple plays of the original Persona 4 I think it's safe to say that a game that mechanically improves on what is already one of the best games created in the past ten years deserves a spot on this list even if I haven't finished it yet. And, in actuality, this is probably the best game from 2012. But sometimes I break my own rules, sometimes something comes along that, even if it's probably lower on the overall rankings in terms of greatest games ever made, that kind of demands a top spot. This game is fantastic, it has been fantastic. But it is, ultimately, a re-release with a few new features, and that kind of feels wrong sitting at the top of my list. Damn it's good though. 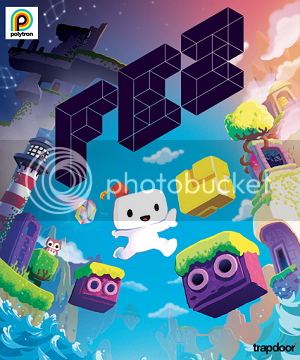 1. Fez - There is no game more representative of this generation than Fez. Taking the pixelated nostalgic aesthetic that defines 'indie games' and completely subverting it is audacious, but when lies under the surface of Phil Fish's magnum opus taps in to all the aspects that make gaming the strongest artistic medium at present. When video games get the critical and artistic scholars they rightly deserve on a massive level, Fez will be a game that everyone will study. It exists as this high water mark in game design and artistic triumph. Every single aspect of each frame feels deliberate, both to solving puzzles on a micro and macro level. There's a complexity to the story Fez tells, a depth to the world and mechanics, and a grandiose sense of wonder pulsating throughout the entire game. An unparalleled work of excellence that both connects and alienates, one that transcended (even if only for a short time, as I'm sure guides are prevalent now, though I haven't checked) the super source of information known as the internet. Fez is a journey. Fez is a discovery. Fez is.

Here are the other games I played this year:

Unranked because I didn't put enough time in to them (about two or three hours each): Persona 4: Arena and Game of Thrones

So, what did I get wrong? What were your favorite games? Let me know below in comments, and enjoy playing the last gasps of current generation air in 2013 as we careen toward the next console generation!

And if you want to know what I'm watching, listening to, playing , and reading you can follow my tumblr account!
© 2013 Richard James Thorne
Posted by Rich Thorne at 11:29 AM