We have, after a long road, finally arrived at the end of the year known as 2012 in the world of culture. With supporting actors, actresses, and lead performances all taken care of I really only have the best collective works of the year to go through now. Am I completely done with the year on a personal level? Probably not, but sometimes we all have to move on. The long road calls, and we all have to walk the path in to the future (note: I did not see The Future in 2011 or 2012, so it won't be on this list. I really dropped the ball there). Some of these titles have links, which you can click for my full reviews. 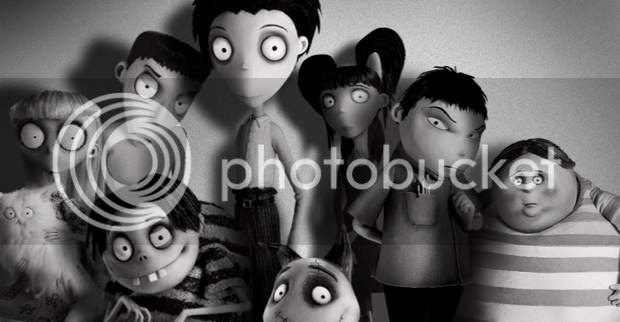 I'm cheating here, quickly, by including an eleventh film on this list, but given that Tim Burton made two of the year's best films in both Frankenweenie and Dark Shadows I would be remiss not to at least mention his accomplishments even if neither was quite able to crack my top ten. I spent time working through my admiration of Burton's films in my Dark Shadows review, so I won't belabor it here, but in two works both released in 2012 Burton resolidified his spot as one of the best currently working. Specifically though, with Frankenweenie, he crafts this gorgeous black and white creature feature that draws on early cinematic tropes while also fitting nicely in Burton's thematic wheelhouse. It was a year where he rediscovered himself, and there's hardly a more pleasing experience for me related to movies in 2012 than knowing that Burton is truly back. 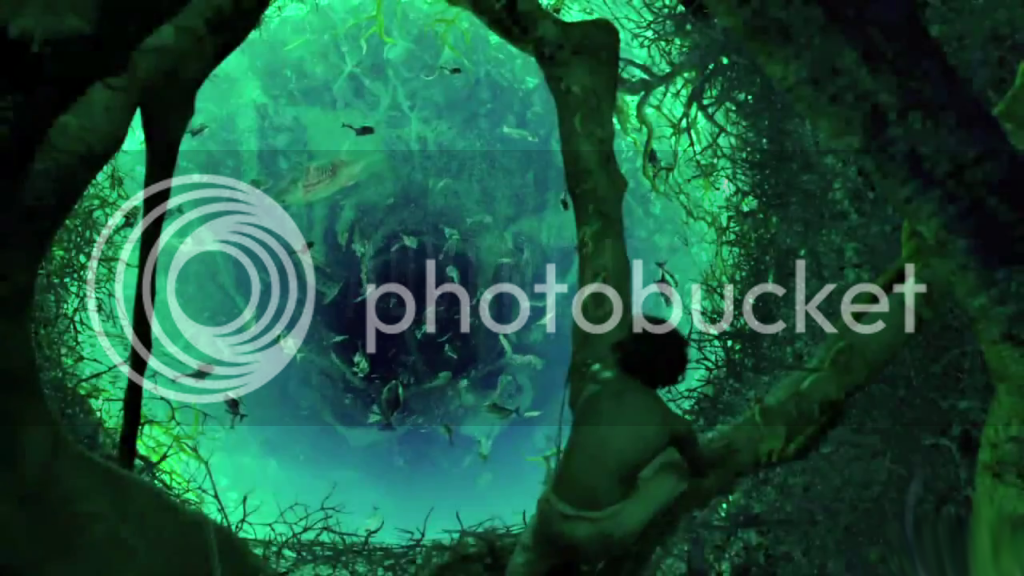 I'm not nearly as familiar with Ang Lee's filmography as I should be, and his most recent film before Life Of Pi, the infinitely mediocre Taking Woodstock, didn't leave me with much hope for some movie about a kid on a boat with a tiger. But I should have known better, because by the end of my time with Pi and Richard Parker I kind of knew I had seen something special. I could, I suppose, highlight the incredible use of 3-D, but it actually seems more fitting to talk about the most striking aspect of the film: its handling of spirituality. Misinterpreted as a movie that proves God is real, what Ang Lee accomplishes here is much more nuanced. He confronts humanity's desire to believe, through fact or fiction, and the result is pretty beautiful. 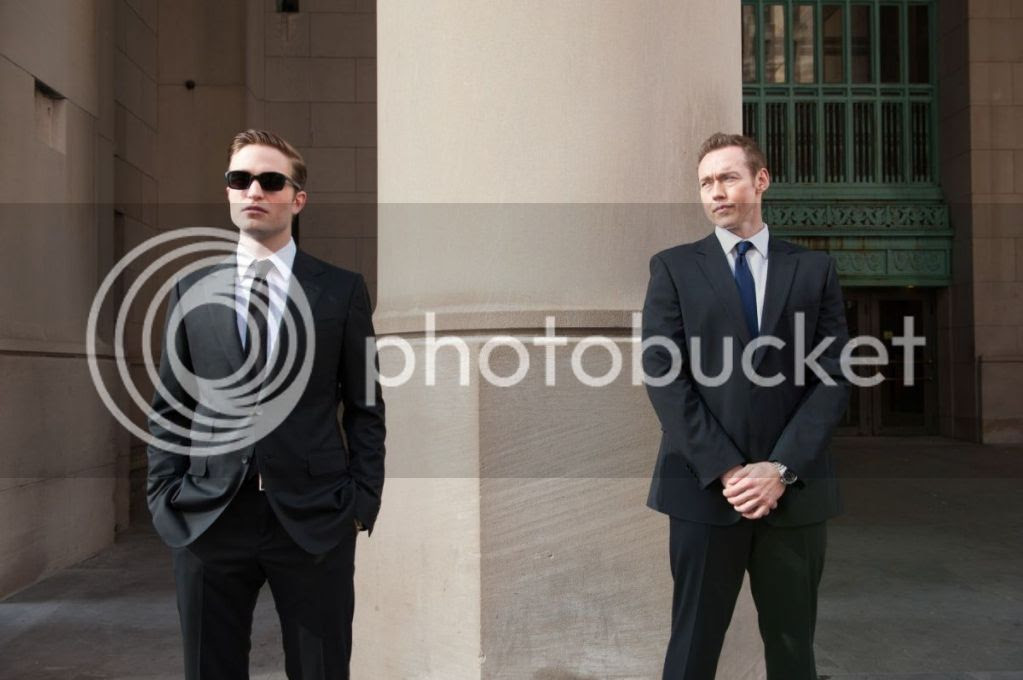 Guess what? I'm not super familiar with Cronenberg's stuff either. I've seen his past couple of recent films, and a while ago I saw Dead Ringers which I really didn't like, but with Cosmopolis I have reason to dig a bit farther back in to his filmography. I did love the talky nature of both this and A Dangerous Method, as a lover of theatre I can admire what happens when a film simply gives its actors a dense script and asks me to take it all in, though what Cronenberg does with his camera, making this confined limo just look so diverse, is much more impressive. There's this tense dichotomy between this safe space and an outer world in turmoil, that makes the collision of the two, both physically and found in Pattinson's performance, all the more intense. 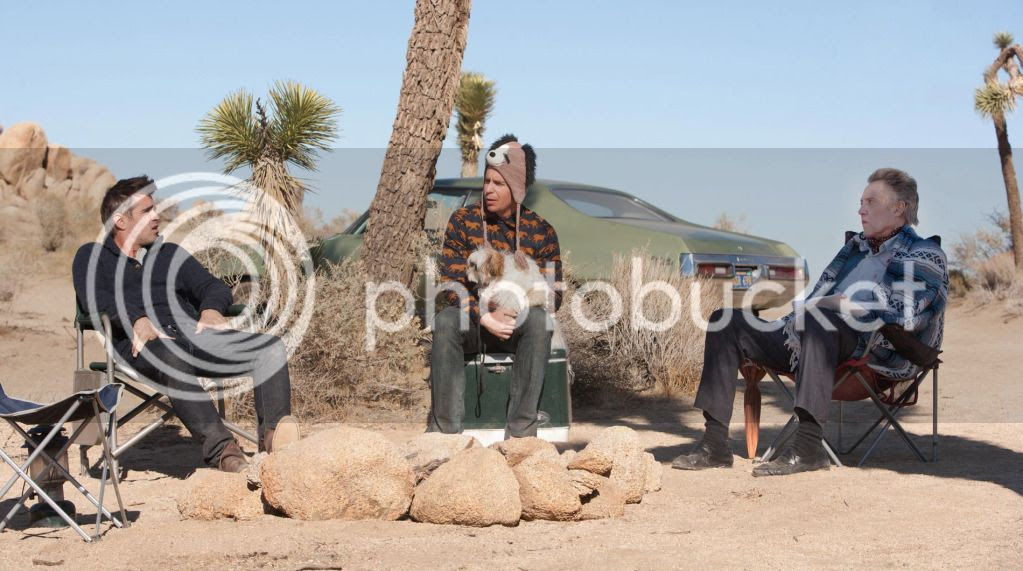 These segues write themselves. Speaking of the theatre the next entry comes from esteemed playwright Martin McDonagh. Reteaming with Sam Rockwell and Christopher Walken from his most recent play A Behanding In Spokane and with Colin Farrell in a career making turn in In Bruges, this meta comedy about a screenwriter of this film but not really acts as both a gleefully dark love letter to narrative as it happily smashes through the fourth wall with a sledgehammer. McDonagh perfectly crafts a tone that compliments the frantic action on screen, making for one of the year's most memorable comedies. 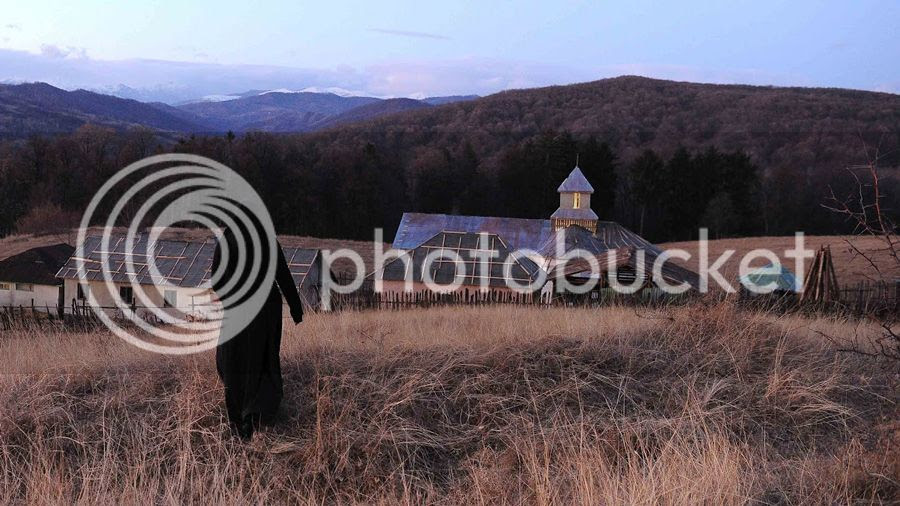 Well, the segues don't always flow naturally I guess. But perhaps there's something about the dark comedy of Seven Psychopaths and the strangely comedic modernized world interventions found in Cristian Mungiu's followup to the emotionally charged 4 Months, 3 Weeks, 2 Days. Similar to that film, this one focuses a good deal on the concept of the female body as a battleground for societal institutions, though Mingiu expands the scope by focusing not only on government restrictions but also financial and religious ones. I'm not sure if I would call this a film of binaries in constant battle, but that is a way to approach it that reveals some of its complexity. Aside from this and his previously mentioned breakout hit I'm not well versed in Mungiu's filmography, though it's not nearly as extensive as some other names on this list, but if both are an indicator of his other works there's more discoveries to be made. 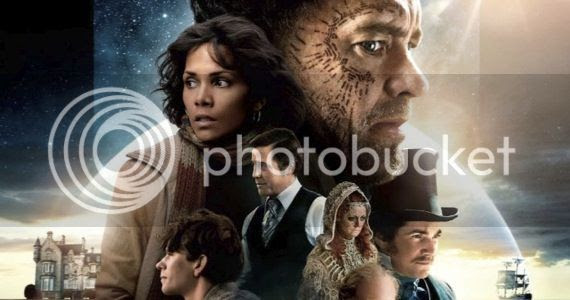 Grand and ambitious, Cloud Atlas casts a wide net that spans the course of time. With lofty goals this new film, in part, from the Wachowski siblings had all the makings of a gigantic mess or an incredible film. Luckily the latter occurred, creating a sweeping epic that manages to be both strikingly emotional while also maintaining a solid thematic groundwork to frame the entire tale. Or rather, tales. Actually, I'm not entirely sure, as the movie plays with the concept of narrative and its importance in life. This interplay between fact and fiction, rather than creating a sense of tension, actually work concurrently to enhance the scale of the film in a way that only the Wachowskis can. 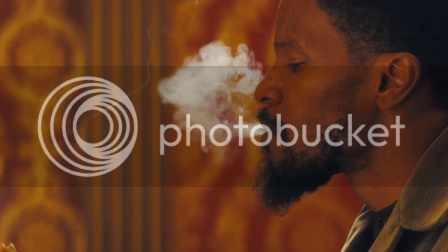 Hey, what do you know, an other film that confronts the notion of fiction of fact head first! Quentin Tarantino's latest partially picks up where Inglorious Basterds leaves off, weaving a cinematically charged revenge fantasy that also serves as a means of probing at some of society's most sensitive areas. Less a meditation on slavery and more concerned with inspecting the power systems that have come to institutionalize racism in America, Tarantino doesn't always act subtlety, but that doesn't make the film any less effective. It has been interesting, over the years, to watch Tarantino to develop from a master of style to one who can take that and actually use it to add substance to his film. 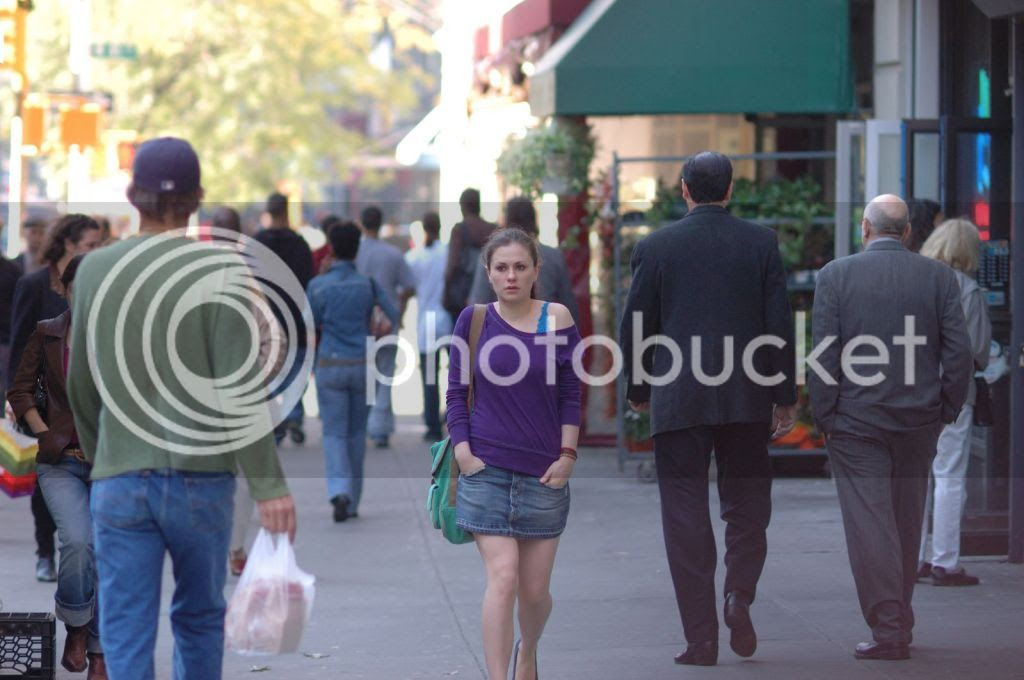 I mentioned in my lead performances post that it's hard to consider Margaret a 2012 film, but it needs to fit in somewhere I suppose and 2012, when it finally saw a Blu-Ray release, is as good a time as any. I also haven't had a chance to see the extended cut yet, which I hear is an even better version, but taking in to account just how accomplished this cut is I am excited to see what additions were made to further improve upon an already great film. Though seemingly simple in scope, Margaret's subtext is where the film elevates itself to the ranks of greatness. I'm not really contributing much new by highlighting its post-9/11 sensibilities, but seeing how this manifests on screen is a marvel. Like many of the best films this one works on multiple levels, and functions incredibly well on all of them. 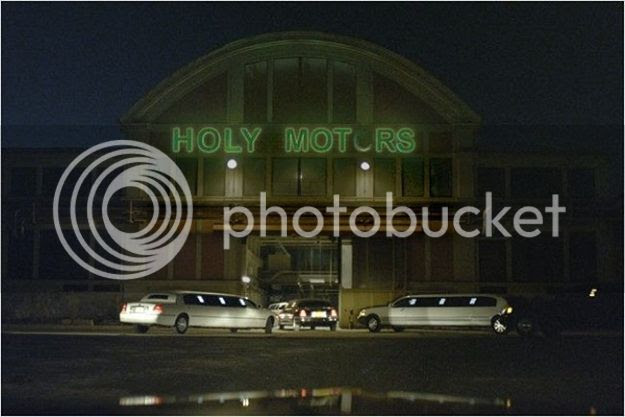 That other film about a guy who rides around in a limo. Leos Carax's Holy Motors is a film that wears its love of cinema on its theoretical sleeves, and the way it is anchored by Denis Lavant is particularly admirable, but its true power is found in how it takes this seemingly incomprehensible sequence of vignettes and tells what is, at its heart, a tragic and simplistic story. One man's futile search, by any means, for a home, for a traditional family that time has forgotten, is encapsulated in all of Lavant's roles. To create something incredibly grand, so unique, from something so little is not just for actors, but also for film as a whole. 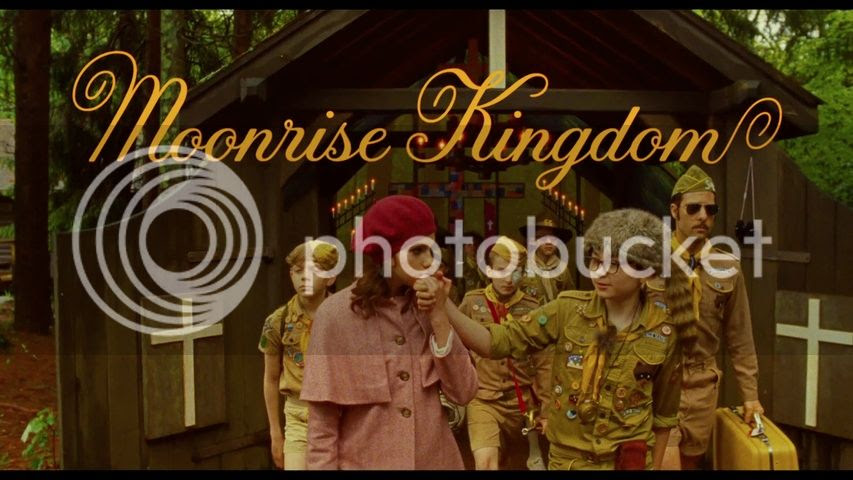 I'm no historian, but in recent memory I'm not sure there's a director who has made such great strides between films as Wes Anderson. I'm still of the opinion that, given Anderson's strengths (meticulous attention to detail, frame composition, world building), animation is the perfect medium for his movies. But if he is able to replicate the what he shows with Moonrise Kingdom, my feelings haven't changed all that much from the time I first saw it many months ago, then we may be in for a marvelous run of films in the near future. There's a grace and ease to this film, one that kind of belies the much more shocking interior. Capturing childhood, in all its wonder and horror, has rarely seemed so easy or been so rewarding. 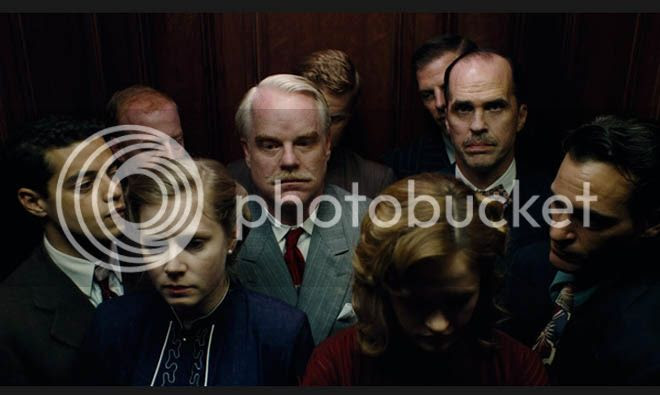 Going in to Paul Thomas Anderson's latest I had the bar set unreasonably high. This is, after all, the followup to what I consider to be the best film I've ever seen. Now The Master, I don't think, approaches the same level of greatness as There Will Be Blood, but I've also only seen it one time so far and am still kind of in awe of how it continues to have grown in my mind. It's almost parasitic, a part of my brain that doesn't even feel all that separate from myself anymore. Part of that, I'm sure, has to do with Anderson's stunning understanding of humanity, his perspective both on an American identity and also a universal consciousness, but I'm not sure that's all there is to it either. it's a tapestry of themes that are all beautiful on their own, all crucial to understanding a whole. Or at least a portion of the whole, which I suppose the tapestry comparison begins to fall apart. What Anderson creates isn't just a singular exploration of theme, rather he builds these multiple ideas and interpretations that exist concurrently. He tackles, as many other films this year, the notion of God, but that's not even the most prominent aspect of The Master. It's a film that reverberates through the mind, one that I'm never sure I'll be done with, and I'll be damned if that's not all that I can ask for in a film.

And with that my coverage of the year has come to an end. For a full list of the films that I watched check below:
I know I still have a bunch I need to see, but let me know what I definitely need to prioritize down below in the comments. And let me know what I'm off base about and what is spot on.

And if you want to know what I'm watching, listening to, playing , and reading you can follow my tumblr account!
© 2013 Richard James Thorne
Posted by Rich Thorne at 8:27 AM