Your Head Will Collapse When There's Nothing In It, And You'll Ask Yourself: Where Is My Mind? 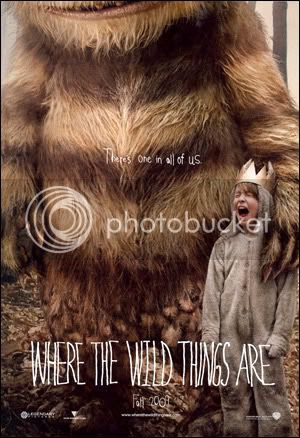 The PG rating tacked on to Spike Jonze's latest film, Where The Wild Things Are, may make you think that this film is intended for children, but I can almost assure you that more adults will enjoy this movie than children will, which is to be expected when you have a director who has only handled adult films focusing on the philosophical plight of man. I am mostly unfamiliar with Jonze's previous work, though I have seen and rather enjoyed Adaptation, and Where The Wild Things Are was set to be my first Jonze film on the big screen. Since I had the pleasure of seeing the film in IMAX the screen certainly was large, perhaps even as large as the Wild Things that young Max encounters. Much like my lack of knowledge about most of Jonze's career with a camera, I have also never read the book this film is based on, so I went in without the years upon years of nostaliga that most viewers will likely enter with. Also, I basically thought the trailers were unimpressive. Still, I was hoping that Jonze could produce one of the year's best films, and I knew if there was a director capable of elevating what could easily have become a simple morality tale for families, Spike Jonze is that man. 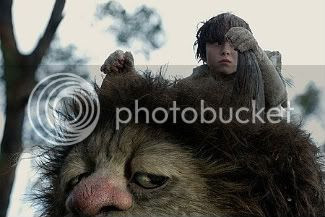 In many ways Jonze does deliver a film that is so much more than a simple film made for family friendly audiences, we have a movie that is essentially a trip into the psyche of a vulnerable child as he apparently attempts to come to terms with all of the turmoil in his life. Jonze does, for better and worse, capture the idea of childhood with this film, in each and every regard. Unfortunately, that freedom also shines through in the narrative, or in many cases the lack thereof. The majority of the film when we spend time where the wild things are, the viewer is given only minor references to what portion of Max these creatures are supposed to represent or what the point of him being here is, other than to make things looks pretty for the viewer. But the film is a character study, we don't really need a plot, right? Right. Sadly, the character we are studying is developing constantly, but he is doing it through six or seven lesser portions that simply do not stand alone as compelling enough characters to warrant all the conflict and emotion that Jonze forces on the viewer. In many ways this film is like Antichrist, you know the symbolism is going on because the film pushes the viewer in that direction, but in neither film are we given enough to completely let these symbols exist naturally in the film, but with Antichrist the entire film is overtly allegorical, where as this film is all over the place because we need to believe the reality of the reality as well as the reality of the fantasy in this world. Perhaps I am over-analyzing the film, but I cannot help but I do feel safe in asserting that the film is more rewarding to contemplate afterward than it is to watch during. But that contemplation is the mark of a great film, I am so torn. 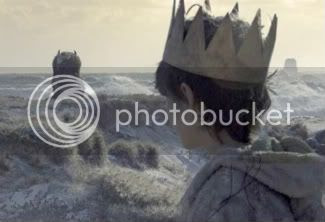 You know what else is the mark of a great film? Technical prowess. Jonze has this prowess in spades. Everything about the film up to the point where Max first encounters the wild things is absolutely brilliant. Not only are all of the actors near flawless, a trait that does carry throughout the entire film, but the camera is used so intimately that the intended emotion of each scene practically oozes from the screen. Pair that with the wonderful use soundtrack, the fantastic editing, and the intense art direction and we could have one fantastic film. Actually, all of those things mostly do run throughout the entire film. Why do I not love this film more? Anyhow, Jonze miraculously loses all of this emotion as the film continues, only capturing flashes of the initial greatness about ever 15 minutes or so. Thankfully the film is God damned beautiful, so despite the narrative and character development not being too engaging during the run the visuals are more than enough to keep the film afloat.

Minor spoilers in this next paragraph I suppose, but really it's only the first 15 minutes... 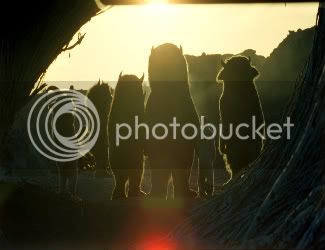 But I think things need to stay more than just afloat, in such a personal yet apparently universal film each and every viewer needs to be able to both sympathize and judge Max all at once. Perhaps that is what is missing in the middle. Early on, when we are still in the real world, everything Max does and each different scene not only reveals more and more about his character, though hardly in overt manners, while conveying different emotions. So much so that I imagine each and every viewer can, to some extent or another, connect with at least one of the things that Max experiences. Rebellion, isolation, joy, freedom, imagination, everything. Jonze displays it all, and he does it wonderfully. Hell, the film nearly had me in tears, which would have easily been a record, about fifteen minutes in when Max is lying on the ground under his mother's desk and she stresses out over work. I spent most of my adolescence in a single parent household and I completely connected with what Jonze had on display, but as a viewer I was also able to see the tragic beauty. And then we get the gut-wrenching scene where Max's mother has her boyfriend over. The way events transpire, it's devastatingly brilliant. But then that emotion disappears and we are given a pretty film to look at for a while. 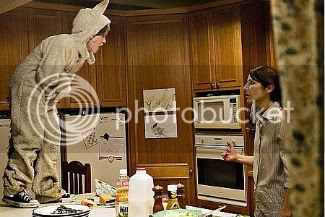 Much like a child telling a story, the narrative offers basic symbols and moments of genius, but it just does not give enough during the film to truly showcase its brilliance. Yet after the credits rolled it's all mostly there, it just takes looking closer at the subtext. It's so confusing. I really do not know where I stand on the film, whether I love it, dislike it, respect it, admire it, adore it. I do not know. I honestly considered giving the film two ratings, but I can't do that, mostly because scores are meaningless. I'm certain this is not one of my favorite films of the year, yet aside from my top two or three there are no other films I have seen this year that I am more eager to revisit. I'll have to see if I can find someone to go with in the near future and hopefully get a fresh interpretation, maybe that will help me figure things out more. Let's just say it's pretty good, and pretty bad, and pretty fantastic. 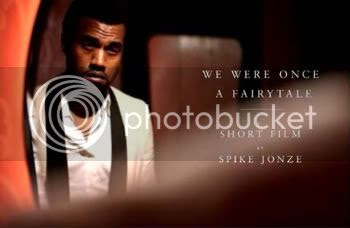 Wow! A double dose of 2009 Spike Jonze! While I am still mostly confused about the Wild Things, I do know this short film is the best Spike Jonze directed film of 2009. Starring Kanye West in a role that is kind of like what I imagine John Malkovich did in the Jonze film about him, we experience a brief night in the club where Kanye struggles with identity, fame, rejection, and perhaps even the human condition. Jonze continues to show why he is magical with a camera, and he even gets a fairly decent performance out of Mr. West, though I have to wonder if Kanye always sounds so odd when he talks/yells. The film is a bit difficult to hear sometimes because it never drops the club atmosphere, so loud music is always playing, but that is nothing more than a minor complaint. While it is probably safe to give away the ending since Jonze has the film up online and it is only 11 minutes long, I will just talk about it in a round about manner. It's a fantastic ending point that, if I am interpreting it anywhere close to correct, and that may not be since the analytical portion of my brain had a good deal of trouble even formulating a decent idea of what was happening, essentially is delightfully bleak yet strikingly lovely. A great effort from Jonze and an excellent follow up to his messy Where The Wild Things Are.

And just like that I have hit 60 2009 films watched so far this year! I have roughly 4 months to hit 100, which I think is completely doable.

Feel free to watch We Were Once A Fairytale right here

Also I am on the old Twitter thing so I guess you can follow me at twitter.com/FLYmeatwad.
Posted by Rich Thorne at 7:34 PM

Email ThisBlogThis!Share to TwitterShare to FacebookShare to Pinterest
Labels: children, childrens movies, family, fantasy, Kanye West, Processed Grass, self discovery, Spike Jonze, We Were Once A Fairytale, Where The Wild Things Are