Bobby! Should I Take 'Em To The Bridge? 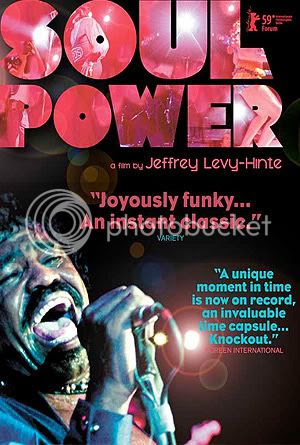 Soul Power (Levy-Hinte, 2009)
So I basically knew nothing about this film going in to my viewing. I had seen the poster and figured it would be archival footage of James Brown singing songs, and maybe having some interviews about his life. The film pretty much put that thought to rest about five seconds in when the film tells the viewer that the footage was recorded during a concert in Africa during 1974 that was paired with a Muhammad Ali fight. So the film is mostly not about James Brown, well except at the beginning and the end. Still, seeing all of this footage that I have to assume was not released until this point in time is an interesting prospect, so I reckon that the film can sustain itself on the promise that this event, in all its glory, has been captured and preserved over the years. Plus the music is funky, so it is kind of like a concert film that is not in 3-D, which is kind of cool. 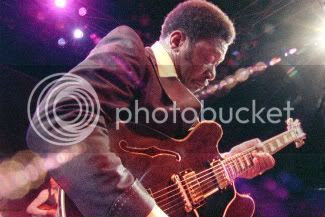 Of course the film does not act as just a concert film. Sure the film documents the whole affair from set up to performance, but it also touches on so many other topics. Ali rants and raves about the injustices of America and American society at numerous points throughout the film, making me understand what people saw in the man as he hits on a ton of truths, while the film also shows us the men organizing everything and how they are basically just pushing the product that Ali talks about. That construction is well handled and could make for a compelling film. 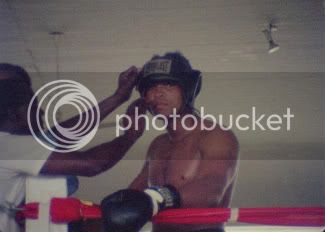 Naturally all the concert footage could make for a compelling documentary as well, placing Brown and B.B. King alongside traditional African acts, all making up mostly the second half of the film. Hell, the film even has a bit about how music is universal. Though I suppose by now it seems pretty obvious what I am driving at: the film does not really seem to know what it wants to be and mostly results in an erratic mix of half way followed through concepts. The whole thing, sadly, lacks the focus that could have tied everything together. Whether or not this is a fault of the documentarian, a lack of footage, or something completely different I cannot say with certainty, but the film is very uneven in its presentation. 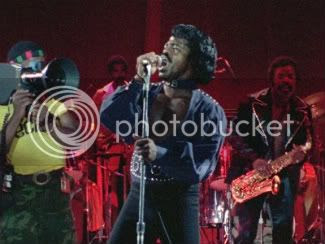 If I was to evaluate Soul Power as a time capsule I suppose it would be a perfect film, every idea and benefit tied to the idea of preserving, hiding, and then revealing objects of an older era is present in the film, but as a documentary the whole affair is far too scattered to be worth much more than a watch simply to marvel at the cool footage. I can see people taking ideas away from the film, Hell, I took ideas away from the movie, but no single topic is really fleshed out enough for the film to add up to a meaningful whole. The credit sequence is great though, and be sure to stick around for them to finish completely because the film maker puts a wonderfully effective scene after the screen goes black. Also, the James Brown performance at the end is worked in perfectly to the film and provides for an electric conclusion. Kind of odd that the film did not show the fight though, as that seemed to be a large portion of the film, and it really did little else but cement the idea that the film really is supposed to be about Brown. Still, the time capsule effect is so damn compelling.

Also I am on the old Twitter thing so I guess you can follow me at twitter.com/FLYmeatwad.
Posted by Rich Thorne at 1:00 PM