Planned on doing a double shot review, but I just do not feel that I have much to say about the second film, so I'm just going to tack on a little bit at the end to give it some attention. 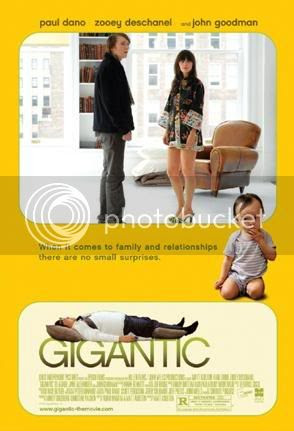 Gigantic (Aselton, 2009)
In many ways, Gigantic is a wonderful experiment that ends up, somehow to its benefit, less than the sum of its parts. Anchored by a wonderful cast, featuring Zooey Deschanel in her second, and more impressive, performance of the year, first time director Matt Aselton comes out firing on all cylinders, but has a good deal of trouble putting everything together for a transcendental film. However, this does not prove to be the detriment that it would immediately seem to imply. Gigantic constantly walks a fine technical line, shifting from beautifully disciplined camera movement, albeit a bit too contained at the film's start, to wonderfully beautiful hand held shots that showcase a striking freedom, such as the scene where the camera drifts in and out of trees in the woods. Unquestionably, the film is a visual powerhouse. The cinematography is some of the best of the year so far and Aselton shows a ton of potential for any future films he will hopefully involve himself in. Whether in the city or out in the forest, he has a way with presenting scenes in visually striking manners. The film is technically brilliant. 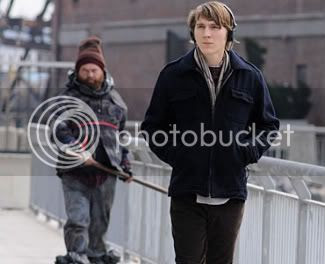 The ideas presented in the film are mighty interesting as well, though the movie could have likely used another ten minutes or so to give the viewer a push in some sort of general direction. I am all about ambiguity, and the way the film is constructed the ambiguous nature of the plot lines proves to be crucial to the entire experience, but the idea does not completely pay off at the end. However, I find myself incredibly interested to take a look back and see if I over looked any tiny details that may help give me something more to latch onto and ponder even more in depth. The humor, surprisingly, lands when it is used, but the film is hardly a laugh a minute. Thankfully, the film also crafts some pretty fascinating characters to make up for the fact that that plot is a little lean. But the film is also fairly complex and, much to my delight, only hints instead of coming out and actually revealing things, which I love in films. It makes the audience work, and I can respect the script for taking that chance. 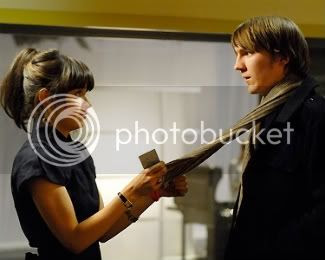 Of course a lot of the writing could easily go to waste with a cast that is not capable of handling the roles. As I said, Deschanel is brilliant, and beautiful, and just about everything the role needs. Of course placing Dano opposite her, and having him turn in a performance that is both human and genuine, capturing the struggles of what appears to be a troubled man attempting to exist in 'normal' society, is a choice that pays off in droves. Goodman is mighty great as well, and Asner turns in a performance that is certainly at least five steps above his voice work in the underwhelming, and incredibly overrated, Pixar film Up from earlier this year. Other highlights of Gigantic include a soundtrack that rivals Adventureland and Lymelife for the year's best, a fantastic supporting cast, and a highly stylized world that all add up to one Hell of a debut for Matt Aselton. 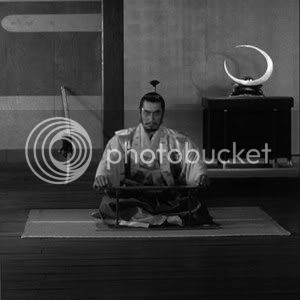 Throne of Blood (Kurosawa, 1957)
The film is visually gorgeous, the score is pretty great, the acting is good, and the film is another great effort from Akira Kurosawa. Sadly, this film felt much slower than the two previous Kurosawa films that I have watched and I really think that the silent portions here, unlike in Rashomon, detracted instead of added to the film. Basically the film is a standard retelling of Macbeth, and I've always been of the mind that Macbeth is much better material to be discussed than to be watched or read. Not surprisingly, that transfers over to Throne of Blood mostly. It's a pretty great adaptation I suppose, despite leaving out a few things from the play, I believe. But he also injects his own themes and visual symbols, which adds more to the film, I reckon. Can't say I was blown away though or that I have much to say about the film. It's really solid and a technically great film, but it just never really grabbed me.

Also I am on the old Twitter thing so I guess you can follow me at twitter.com/FLYmeatwad.
Posted by Rich Thorne at 3:06 PM