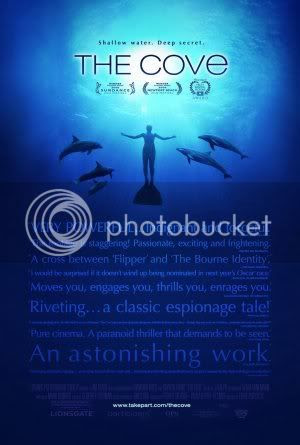 The Cove (Psihoyos, 2009)
While I would not consider myself very well versed in documentary film making, I do have an interest in these types of films and, when one builds buzz like The Cove, I feel compelled to do everything in my power to check out these types of films. Luckily, The Cove opened at a local theatre this week and I did not have to go incredibly far out of my way to see the film. The power of a documentary is something that few other films, or even many other artistic mediums, can effectively wield because, quite obviously, a documentary has the advantage of, at least to an extent, presenting life in its purest form. I knew little of the material that would be covered, only that dolphins in Japan were a focus, so I was hardly prepared for what I was about to witness. 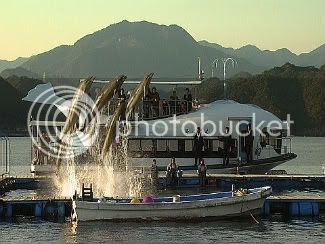 About a year after the mesmerizing, and Academy Award Winning, doc, Man on Wire, The Cove begins to set up as a documentary that draws influence from various styles of film, most notably espionage films. While The Cove has far fewer constructed sequences than Man on Wire, the comparisons to these genre films are still incredibly warranted because, even without the construction, the entire film is practically an adrenaline rush of social and political intrigue that had me riveted from beginning until end. The action sequences here, and by action I mean the car tailings, the cop stuff, and the actual infiltration, are all nicely handled and enhanced by one of the best scores of the year. The film is surprisingly suspenseful for the type of film that it is and, quite masterfully, never skips a beat in terms of narrative, which is and of itself an impressive characteristic in any type of film, let alone a documentary. 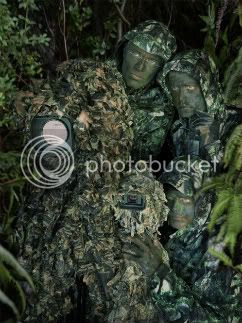 Of course the film also succeeds as a standard documentary as well. The interviews all serve the film's purpose, the examination is immediately identified and builds throughout, and the whole thing advertises a payoff that, unlike in other docs, hits incredibly hard. For example, the film goes about humanizing the dolphins incredibly effectively. However, to say that the film is simply about dolphins is misleading, as Food, Inc, as well as other older documentaries, has chronicled an abusive industry. No, the tragedy of The Cove is elevated by the dolphin trade, but the actual sadness is in the exposure of government policy, the corruption of power, and the countless victims that will result in the future, all of which the film covers nicely. These aspects are all universal, and I would argue that every individual a part of at least once, usually for extended portions of time. The struggle is tragically heartbreaking and seems to be overlooked in favor of the film's more overt material.

SPOILERS FROM HERE ON OUT...I reckon. I mean the trailer kind of spoils it, and I have made references earlier. Still, spoilers. 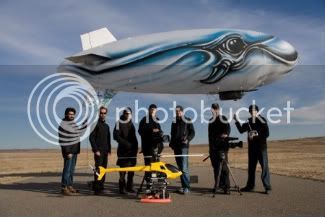 Still, I do not mean to lessen the effect of the dolphin killings on screen, as the film serves wonderfully as a call to arms for that particular cause as well. The entire film's intrigue is built on seeing the inside of this cove, and once the film really starts to drive at that things start to pick up immensely. And of course that all leads to the hidden cameras in the cove, and the final fifteen minutes of the film, which also happen to be the best fifteen minutes or so of the year in cinema thus far. Soul shatteringly gruesome, the massacre of these dolphins is shown in full force, capped off by the greatest shot of the year, a cove where the water has gone completely red. The film then starts to wrap things up in grandiose fashion. One interview we have been seeing throughout the entire film is revealed to have taken place after the discovery of the footage, as O'Barry, after just being shot down with "I told you, we are not going to talk about what ifs," pulls out a camera and asks the man to take a look at some footage. Sure it's not very professional, I guess, but it's such a satisfying conclusion, you just want the man to be confronted with this evidence. And his reaction is priceless. Cue the reveal at the IWC, the final monologue, the obligatory call to arms, and then the mesmerizing introduction of David Bowie's "Heroes" as the credits start to roll. 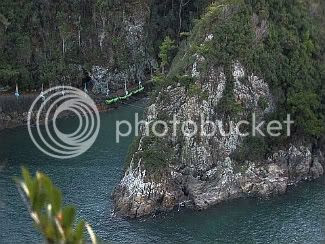 It started during that hidden camera sequence, but by this point I had been effectively bowled over. I recall getting upset over films, I recall weeping after seeing George Washington, but until watching The Cove I had never broken down in tears in a movie theater. The political implications I talked about earlier, mixed with the chilling score and the scenes of the red water left me practically immobile. Does the film have some flaws as a documentary? Probably, as there are one or two points that really do not go very far. Does The Cove present all the facts? I don't really know. However, as I finally worked up the strength to leave the theater and began stumbling my way to the car before breaking down again, I was practically positive that The Cove is nothing short of one of, if not definitively, the best films of the year so far.

Also I am on the old Twitter thing so I guess you can follow me at twitter.com/FLYmeatwad.
Posted by Rich Thorne at 5:04 PM