This year I have been on a quest to listen to an album a week, a goal I was originally not sure I would be able to meet simply because I never feel like I give the albums I listen to regularly as much time as they truly deserve. Still, I have mostly be able to stick to this schedule - at least as far as final tallies go - in part because of the way the music industry has changed. On a weekly basis many artists choose to stream their newest albums on a website as a way to generate interest in owning the upcoming release. Additionally, many groups such as The-Weeknd have made their own mixtapes available for free on their own domains. Yet still, with the rise of the mp3 purchasing music has never been easier. External download services like Amazon's mp3 cloud service offers a welcome alternative to iTunes's stranglehold on the market. With so many great albums released so far this year, I find myself looking forward to what else is on the near horizon. As the weeks continue to rush by as 2011 starts to draw to a close, here are a few of my most highly anticipated albums. 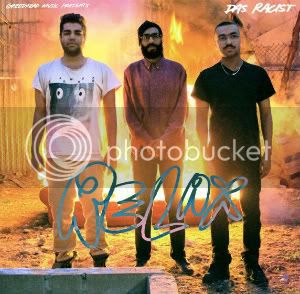 I had the chance to see Das Racist perform at Pitchfork Music Festival back in July, and while I did not find the venue incredibly conducive to their music, they did play a couple of tracks from this upcoming album. The song that went over the best with the crowd, and actually played best for me as well, was the album's first single "Michael Jackson". I have listened to the song a couple of times now, and while it is not a huge departure for the group's style it does show that Das Racist have continued to perfect their craft. What I'm incredibly interested in is the fact that Relax is actually acting as the debut album for Das Racist. Their previous two mixtapes have been robust releases, sometimes to a fault, so I can't wait to see how the group actually goes about assembling the album. The wait shall not be very long, as Relax is set to release on September 13th. 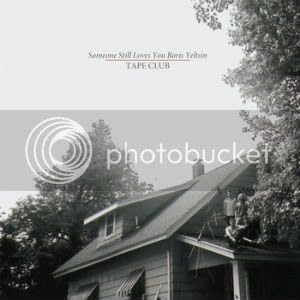 The latest record from SSLYBY - Let It Sway - ranked incredibly high on my end of the year list in 2010, and while Tape Club is not actually a follow up album it does collect twenty six unreleased songs that spans the band's ten year long career. The first single from the compilation is "Yellow Missing Signs" that captures the band operating on an incredibly high level. What amazed me about SSLYBY's last album was the energy the band had on every track, and that seems to be back in full force on this collection. While Tape Club does not release until October 18th, you can already pre-order it from PolyVinyl (with a limited maroon vinyl run of 500) and stream the album on the band's website. I plan on diving in completely this weekend, so look for a complete review within the next week as well! 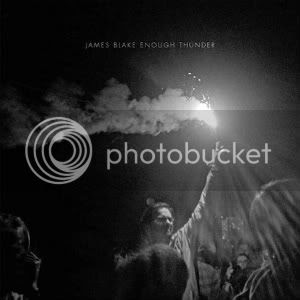 Another collection of songs that is not labeled as an album in the traditional sense, James Blake has already delivered what I consider to be one of the year's best records that I have heard. So really I find it hard to complain that his newest EP will not be quite as lengthy of a release as his self titled debut. Especially after hearing "Fall Creek Boys Choir", a collaboration between James Blake and Bon Iver. Few artists explore sounds as well as Blake, and even though from what I have gathered this EP will be much more in the dubstep tradition than his album, I am completely ready for its October 10th release to be here right now. 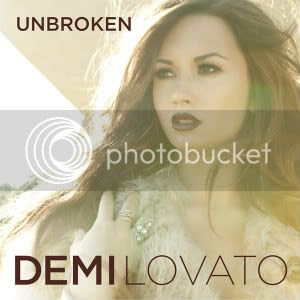 I have written about the wonders of Demi Lovato's music in the past, two years ago she placed incredibly high on my end of the year albums list, but since that time she has dealt with a number of personal struggles that have kept her from making music. Though I have some hesitations about how this album may turn out, Demi is apparently leaving behind her previous pop-rock roots for a more traditionally R&B record (a genre of which I am none too fond), Demi has made such strides as an artist between her first and second albums that I am fully confident she will continue to use her talent to find success. If her first single "Skyscraper" is any indication, this album may be exactly what I wanted from Here We Go Again, albeit in a different musical style. Unbroken is due out on September 20th, and I feel has the potential to be the year's best mainstream album. 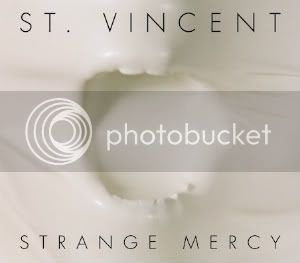 Of course in 2009 when Demi Lovato almost topped my rankings list, St. Vincent actually ended up occupying the number one spot with her stellar sophomore album Actor. If the first two singles "Surgeon" and "Cruel" are any indication, Annie Clark is primed to, once again, deliver an album that should immediately compete for the title of 2011's best. I already have September 13th marked on my calendar and I am counting down the days until this album releases. My expectations are high, but given her past success and what Annie Clark has revealed so far, Strange Mercy ought to be another absolutely magnificent blend of aural pleasure, experimentation, and lyrical prowess.

Obviously there are other albums that I am looking forward to, though many of those are releasing in November and December while the others do not have defined release dates yet. Still, these five should likely take up the majority of my music listening time as they release. Are you looking forward to these or any other albums? Let me know below in comments!


Also, I am on the old Twitter thing so I guess you can follow me at twitter.com/FLYmeatwad.
© 2011 Richard James Thorne
Posted by Rich Thorne at 11:57 AM