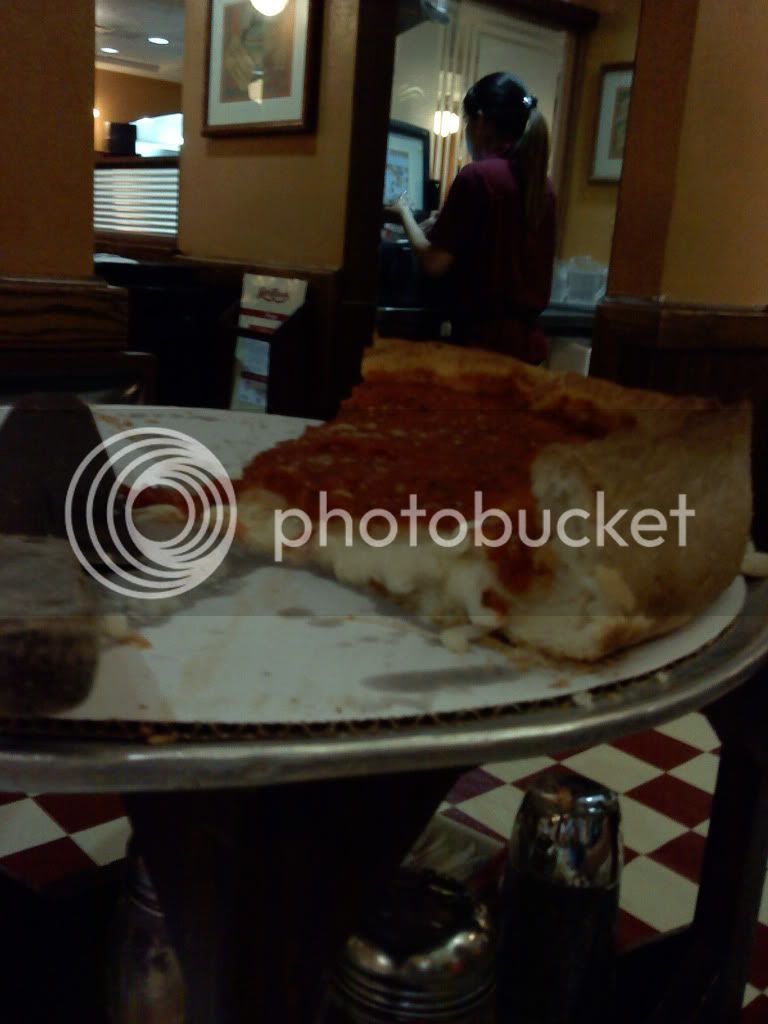 I know it has been quite a while since my last post - one week to be precise - but between my Harry Potter all day marathon and going to Pitchfork Music Festival 2011 last weekend I have been searching frantically for free time to absolutely no avail. But the time to recover has occurred and I am back, ready to recap all of my fantastic journeys in to the great vast world of not the internet! So join me, why don't you as we take a marvelous journey to the Windy City of Chicago in the great state of Illinois. We can listen to some music, look at a couple of pictures, and get a feel for all of the activities that made 2011's Pitchfork Music Festival so damn incredible!
Friday July 15th
The first day of the festival is the shortest day, with the gates opening at 3 in the afternoon and closing after the headliner finishes somewhere around 10 at night. However, just because the day was short did not mean it was more packed with excitement and incredible acts. At 3:30 stellar singer/songwriter/amazing EMA was my first show at the Red Stage. She has made my Top Tracks list (#4) twice and my Top Albums list (#3) once so far for 2011, and even though her music is a bit manic and slower than what you may expect to lead off a festival I thought her performance was incredible. She played a number of my favorite tracks, interacted with the audience in a way that few other performers did, and generally was a fantastic way to set the tone for the rest of the weekend. Which was good because I didn't want to get overly pumped up, as I made my way over to the Blue Stage for the rest of the day.
Why did I post up at the Blue Stage? Because right after EMA finished, another of this year's best music makers (#1 Track, #4 Album), tUnE-yArDs were set to take the stage. That show ratched up the energy tenfold, and though I was skeptical of how their sound would translate, the air filled with a wonderful mix of sounds. Though the energy, and the sounds as well I suppose, stayed, the air soon filled with clouds of smoke as famed weed rapper Curren$y followed up the much more laid back band. Rap shows can be hit or miss, but the way he played to the crowd, packing in as much rapping as possible, made for another great show on the day. Sadly, that spilled over in to the day's weakest performance thanks to Das Racist. The hip-hop duo have made some fun albums, but half of their show was split with a special guest and the rest of the time the majority of their lyrics were inaudible. However, about halfway through their performance I caught a glimpse behind the stage and saw one of the day's headliner's listening. And a few moments later, when Das Racist finished performing, James Blake took to the stage and proceeded to destroy my mind. Making use of heavy bass, the wunderkind music superstar literally made my nose vibrate. To soak in the crowd's silence as Blake took us on an aural journey was awe inspiring. Since I was at Blake, and tired, I did not get a great spot for the day's big headliner: Animal Collective, but what I heard of their set on my way back to the hotel slightly early was also fantastic. 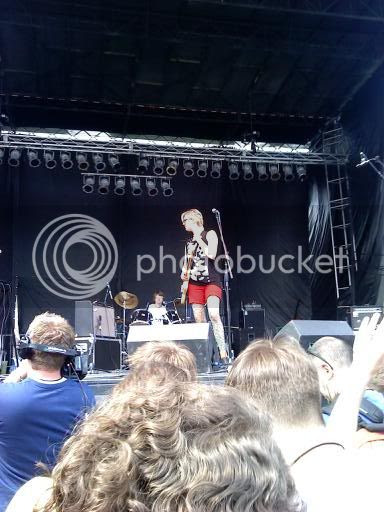 Best of the Day: EMA just barely edges out James Blake for the day's top spot. Her set allowed her to display such raw talent, emotion, and poise that I was saddened she had to cut out one song from her set list.
Saturday July 16th
Today was a more laid back day, as I only wanted to see a couple of the bands performing. I mostly bounced around between the three stages this day and took in the atmosphere. The one show that I did make sure to have a great spot for though was Destroyer. And I was glad I did, because they put on a magical performance that seemed to come at the perfect time of the day. Just as the breeze was building up and the heat was breaking, the vocals washed over the audience. That night's headlining acts all offered a different kind of energy as well. DJ Shadow pumped out some nice beats, though his music is not exactly what I listen to, so instead I went over to see Zola Jesus. Though I was far away for her, she was exciting to watch and I certainly need to check out more of her music. Of my regrets on the day, I wish I had stayed for the entirety of her time on stage. But I left early to see some of Fleet Foxes on the green stage. For being so far away I was shocked at how clear the songs came through. Since the band is so vocally heavy I felt like I would miss a lot without a good spot, but from the middle of the crowd I found their performance to be mostly excellent as well.
On the day I mostly sampled acts instead of staying for whole shows. Some notable sounds I was impressed with came from Julianna Barwick early in the day, Sun Airway a bit later over on the Blue Stage, Wild Nothing for the few minutes I heard them, and the incredible Gang Gang Dance show I watched from afar while waiting at the Red Stage for Destroyer. In hindsight I should have probably paid more attention to The Dismemberment Plan. 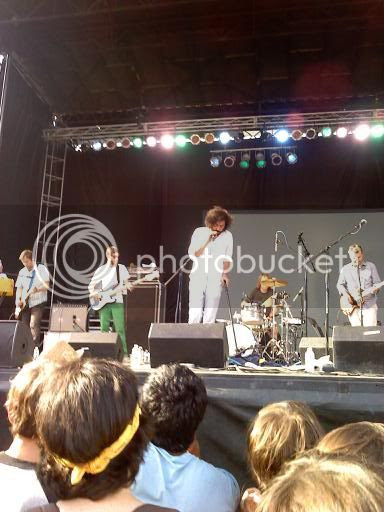 Best of the Day: Destroyer kind of by default, but their performance was great enough for them to earn the spot anyway.
Sunday July 17th
The last day, much like Friday, was mostly packed full of acts that I wanted to check out in some capacity, and much like Friday I was rarely disappointed. Though I listened to some of the three earlier acts, the first show I actively listened to was How to Dress Well. Since it was sweltering outside, I was glad to have a more chill band to start my day with, because soon enough my shirt would be drenched. Why? Because I was packed with people at the Red Stage for almost an hour before the scheduled start time to see Odd Future Wolf Gang Kill Them All. The heat though was mostly worth it, as the energy from the crowd was intense, and the on stage antics of Tyler, Mike G., Hodgy Beats and others made for a great experience. It also helped that they seemed to rap a lot more than the other videos I have seen of their live performances. And the final rendition of "Radicals" was completely insane. I also heard a bit of Kurt Vile while waiting, and that sounded a good deal better than I recall his latest album being, so that was enjoyable. After OFWGKTA I caught the end of the Shabazz Palaces show going on over at the Blue Stage, and it seemed like their more laid back hip hop show would have been a fantastic alternative to the one I attended. I'm still not sure why there was an overlap in hip hop acts on Sunday, seems counter-intuitive.
Either way, I spent a good portion of my afternoon walking around, eating, and drinking. Sadly this meant I missed Ariel Pink's Haunted Graffiti perform, and I missed front man Ariel Pink walk off stage after about thirty minutes. That was Sunday's biggest regret. I also enjoyed what I heard of Superchunk playing in the distance as well, but even though I partially listened to them and Deerhunter, my next big show was not until the headliners started playing. I waited to see Melbourne band Cut Copy perform, and they put one a show that blew the rest of the day out of the water. After OFWGKTA my shirt took about an hour and a half to dry. I thought it wouldn't get that soaked ever again. With their wonderfully expansive and diverse set, Cut Copy proved me wrong. After that show I saw the tail end of heavier band HEALTH, which seemed fairly incredible as well, and the day's big headliner TV on the Radio, which was mostly disappointing after the previous two bands. 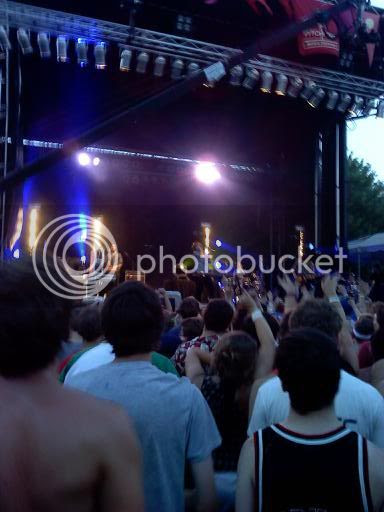 Best of the Day: Cut Copy and it is not even close.
And that brings us to the year's massive award, the Best of the Fest:
During sound check Sunday night I heard the bass drum thump, shaking the whole crowd and seemingly catching everyone off guard. It was then that I knew Cut Copy were about to do something special. From catchy sing and dance along tracks to more meandering instruments, the Australian band reminded me, at least partially, of the infectious happy that I have heard others speak about when discussing The Beatles. At the end of the festival this show was like a massive release of energy building for three solid days, and that release felt fantastic. I find it odd, if only slightly, that my two favorite performances were the first show I watched, EMA, and the last one. Two completely different styles of music, two completely different tones, but both so empowering.
Here are how the final rankings for this year's Pitchfork Music Festival shake out:
1. Cut Copy
2. EMA
3. James Blake
4. Destroyer
5. Curren$y
Until this time next year when I am hopefully able to head back to Chicago for another great three days of music, I want to thank all of the artists involved in the festival, all of the workers, and especially Pitchfork.com for holding an incredible event!
Rich
Comments are welcome and, for anyone with a literary mind, I encourage checking out my poetry blogfilled with all original works for your reading pleasure. Or if video games are more your thing, I have a blog dedicated to all gaming news, reviews, and opinions.