For a game that is steeped in crime syndicates, the morphine trade, and murder the existence of marijuana trafficking almost seems irrelevant by comparison. No, I'm not using that introduction to make a case for the legalization of marijuana...man. Even if it is totally natural, I mean why not just ban topsoil and tree and stuff, right? Don't the cops have bigger fish to fry? Well, Cole Phelps certainly does, but that doesn't mean he can't take a break from uncovering the corruption in the city of angels to put an end to a Tijuana drug operation. In the final - but maybe not really - expansion to Team Bondi's magnificent L.A. Noire, "Reefer Madness," we take a trip back to the vice desk to crack down on the sale of that ol' wacky tabbacky. 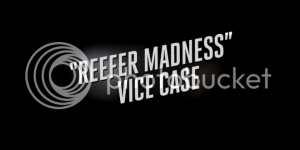 As an extension of the main game "Reefer Madness" is just like any of the three DLC cases released earlier. That's to say it's basically just another case where Cole is presented with a problem, he investigates a crime scene, discovers the problem runs deeper than he initially imagined, and eventually concludes with an arrest or dead body. The gameplay does not really change here, as Cole and vice partner Roy go back and forth from location to location in order to stop a drug ring, but I was struck by how many gunfights there are in this specific case. I have never had a problem with the gun play in the main game, but that's because it's pretty basic and easy, though when you're given extended sections of large scale shoot outs you really begin to notice how shallow the controls can be.

But going to L.A. Noire for the gun play is like watching an Ingmar Bergman film and hoping for a Michael Bay~esque action sequence. The main game is about the investigations, and for the most part this expansion delivers a serviceable diversion to the main story. At times I found the actual interrogations and clue gathering sequences to be a bit too easy, with even less surprises in the environments that Cole explores than I found in the secrets that many of the people of interest attempt to conceal. It's not difficult to run a clean case here because the story is so self contained that any red-herrings become easily dismissed as a result of the fairly short time it takes to complete the case (my estimate put me at about an hour, but I actually did the driving from location to location). Thankfully the writing more than makes up for the lackluster case. Roy can be a dick, but the way he embraces his dickishness is at times magical. Cole always has great rapport with his partners, but I was glad this last case was a vice story because listening to the two of them interact is always amusing, if only because it's always entertaining to see two polar opposite people stuck in a car together. 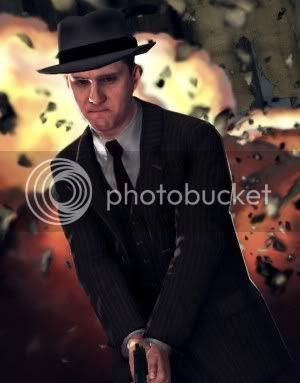 While "Reefer Madness" is not as challenging as some of the game's more difficult cases, and not as over the top as "Nicholson Electroplating," what I really appreciated about the case was how well it integrates itself in to the story. I know many people, myself included, have already finished the game and won't be playing this in context, but much like the "Nicholson" case this one seems to come at the perfect time in the narrative. We have sort of just been slapped by how pervasive corruption is in the police force, and this case has Cole once again reminded that each department has its share of problems. There's one moment toward the end of this case that involves Roy receiving some compensation for an action he did earlier in the case that is both brilliantly executed within this contained case while doing an incredible job of foreshadowing his character's actions later in the main game.

I already purchased the Rockstar Pass, so I was going to play "Reefer Madness" regardless, but part of me wishes that I had waited until all the DLC was released to play the game in a more complete state. "Reefer Madness" might not have you jonesing for more like the morphine addicts that Cole Phelps later pursues, but it's right in line with the rest of the game's DLC as a reminder of why you were hooked in the first place. It almost seems unfair to reflect on the quality of the DLC for L.A. Noire because they are like a mosaic. Each one is recognizable on its own, but its not until they are all pieced together that they become great. But for $3.99 (320 MSP) I am willing to complete the portrait.

Have any of you had a chance to play this case yet, or any of the other cases that Rockstar and Team Bondi have released? I know they have mostly been short, but do you think they are worth it? If not what kind of different DLC would you like to see for the game, if any? Let me know below in comments!

Thanks for taking the time to read. As a reader, your feedback is my writing's lifeblood, so let me know what you think down in the comments section below.

And if you can't get enough of me you can follow me on twitter at FLYmeatwad and my Poem A Day blog for all your poetry needs.
© 2011 Richard James Thorne
Posted by Rich Thorne at 12:25 PM