Feel Like This Town's Gonna Put A Quick End To Me 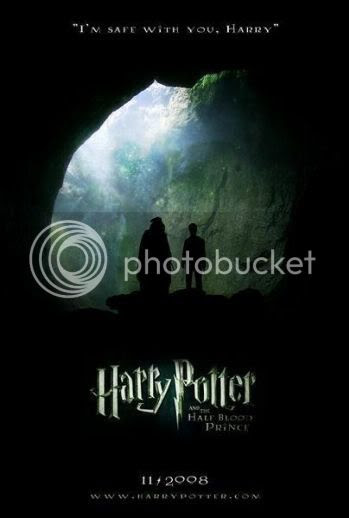 Harry Potter and the Half Blood Price (Yates, 2009)
I shall spare everyone an explanation of my elongated past with the Harry Potter franchise for the sanity of mind of every reader and shall instead offer this brief introduction. I really enjoy the franchise, the novels and the films, though the fifth film I felt was the only one to fall mostly flat in terms of just about everything, so I went into my viewing of The Half Blood Prince with a good bit of skepticism. Yates did not really impress me with the previous film and, it seemed to me, that he was not as capable of handling the franchise as many others had seemingly believed. Thankfully, things turned out differently and I really ended up enjoying my time with the newest Harry Potter film a fairly decent amount. 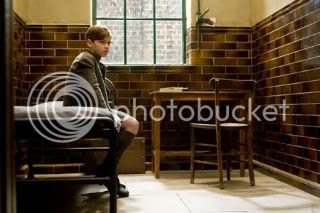 The first noticeable change, and I suppose it's not really the first but for the purposes of this article let's say that it is, comes in the form of the actors. While the franchise has always seemed to be cast near perfectly, and most of the core actors always showed flashes of brilliance, none of the elements ever seemed to come together quite like they do in this film. The main trio really handle the roles well and they are all given a chance to shine during the film, which is pretty damn impressive. I would have to say that Watson is likely the best of the three, but the difference is not incredibly enormous. Not surprisingly though, the supporting cast really compacts the talent and, ultimately, provide the best performances in the entire film. Felton makes the most of his limited screen time and turns in a great performance as Draco Malfoy, Rickman is great as Snape again, new addition Jim Broadbent is fantastic as Slughorn, and Helena Bonham Carter, who is once again stunningly attractive, provides easily the best performance in the film as she reprises her role as Bellatrix Lestrange. The acting one display in the film really is top notch. 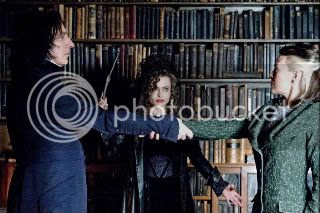 Sadly, the acting cannot make up for the script's flaws. Suffering from the same problem as Watchmen, the film has so much material to cover in such a short time that we never get a chance to sit down and really know these characters. The whole thing is constantly driving toward the end. As a result many of the supporting characters have limited screen time and are unwillingly forced into generic category roles. The most noticeable victim is Lynch in the role of Luna Lovegood. Her only purpose in the entire film is to serve as comedic relief. This would not be a problem if it didn't effect the story, but when Ginny becomes a major love interest with little to no screen time or reasoning it really draws attention to the fact that the film's run time should have been expanded by about another hour at bare minimum. 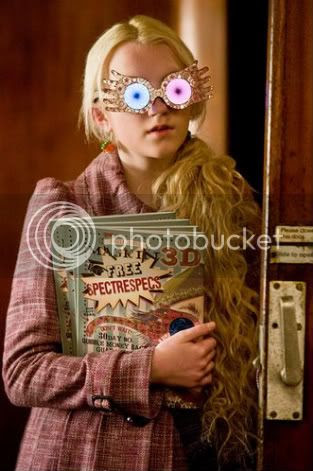 Thankfully, the film is still mostly delightful to watch and a large reason for this comes from the direction and the cinematography. Yates has a way with shooting the out doors. Each scene that took place outside of a house or the castle was completely breathtaking and captured the world perfectly. The film possesses a quiet beauty at times that is juxtaposed nicely amidst the film's tone. Speaking of tone, the film mostly nails that aspect as well. Each scene has the mood established and enhanced perfectly, both through score and direction. As far as technical aspects go the film rarely, if ever, falters. At the start all the in door sequences feel really crammed and underwhelming, but even that is rectified as the film continues. 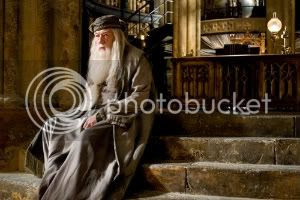 Once again, the major complain that I have is that the film is not nearly long enough to flesh out all of the ideas. While I feel that they left a good deal out of the novel that is not even really too big of a deal because the film is compelling on its own and has one Hell of a finale, but I am more referring to the underdeveloped ideas in film. Aside from the aforementioned romance between Harry and Ginny, the whole Half Blood Prince aspect is completely glossed over. What should be half of the plot's driving force and a source of intrigue and wonder throughout the film is under played and the book becomes so minimally used that Snape's reveal at the end comes off as unwarranted and ineffective. The film provides no reason for the audience to wonder who the Half Blood Prince was, so why even provide this cheap throw away explanation? 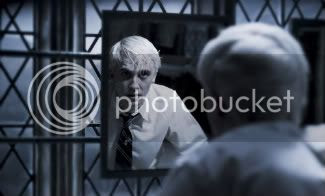 While my review implies that I had a ton of problems with the film, my only real major complaint is the script and how the narrative is handled. The film is serviceable enough as an adaptation, but as can likely be seen looking at the movie as an adaptation is not my goal and has not really changed my feelings one way or the other. The film likely is the best entry in the series and is probably the best summer blockbuster since Men in Black. In many ways the Half Blood Prince is everything that The Dark Knight, Iron Man, and countless other hyped up yet severely underwhelming films should be. The film is about as good as escapism can get and the technical prowess puts it a cut above most high profile films. Not a great film by any means, the damn script keeps that from happening, but really damn good and an excellent entry in the film series. Unlike coming out of the fifth film, I am incredibly excited for the next two installments in the franchise, especially since the elongated run time may allow Yates to rectify the story telling problems.

Also I am on the old Twitter thing so I guess you can follow me at twitter.com/FLYmeatwad.
Posted by Rich Thorne at 10:40 AM