Down Here Where The Heat's So Fine, I'll Drink To Your Health And You Drink To Mine

My excitement to watch Ratcatcher, a look at a youth's life during the Glasgow Garbage Strike, was enormously high because I had heard it compared to David Gordon Green's wonderful film George Washington. After finishing Ratcatcher I found the film to be a bit more similar to 2006's film This Is England than it was to Green's masterpiece, but unlike This Is England I am positive that I had an overwhelmingly positive response to Lynne Ramsay's film. The film is constructed beautifully and provides an insightful look at the construction of a child's identity without ever hitting the audience over the head with explanations for why James is the way he is, the boy just exists and grows in response to the people he is connected with and the time in which he lives, nothing more, nothing less. It is with this strength that the film carries itself during the hour and a half run time and really establishes itself as one of the greatest films ever made. 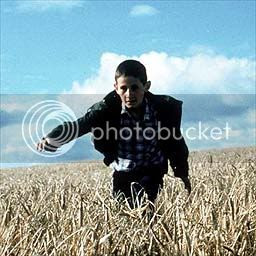 The film immediately starts out by showcasing Ramsay's directorial prowess, a trait that never lets up once during the film. The movie overflows with stunning shots and sequences that high light the atmosphere at the time and showcase some of the most spectacular cinematography I have ever witnessed in a film. At the start of the film, for about the first twenty minutes or so, it is actually very fortunate that the camera is used in such a wondrous manner because without such technical prowess I think it may have easy to lose interest in the hurried narrative; however, the reason the interest in the story is not there immediately is likely a result of how Ramsay opens the film and what expectations she works into the viewer's mind. When a film opens with a character we are generally led to believe that this figure will be the central character, and then Ramsay flips that entire notion on its head. It's a really impressive technique that adds to the film's meticulous construction in just about every aspect. Of course the film picks up immensely after the twenty minute mark when James goes on his first bus ride, so the prowess then begins to elevate the film instead of simply sustaining the movie. 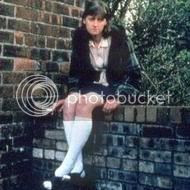 Of course all the technical accomplishment a film may possess can easily be undermined by poor acting, but thankfully all of the actors in the film are really great and handle their roles with similar care to how Ramsay handles the script and the camera. In the role of James, William Eadie turns in an incredibly heartfelt performance that completely captures the mentality of a youth both in and out of place. He shows a spectacular range and is pretty phenomenal. Tommy Flanagan is pretty great as the Da, but of the secondary characters the obvious stand out comes in the form of Lynne Ramsay Jr. in the role of Anne Marie. She hits all of her notes pitch perfectly and always makes the audience want to hate her, but she possess some sort of mysterious charm that really prevents that, until the film begins to close and we see just how perfectly she played the part and how much respect she seemingly had for her character. It's mighty impressive that such a young girl can turn in such a powerful performance. 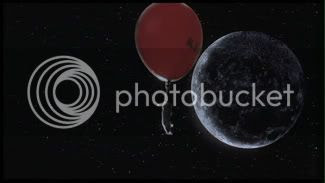 While it seems that this review is a bit shorter than my other looks at films, admittedly it is pretty rushed, I believe the reason for this is because the film covers so much ground that I am fairly sure that I was unable to completely grasp everything on a first viewing so I figured I would just discuss the highlights until I inevitably revisit the movie in a few years. I would also like to discuss, not at length or give any specifics, the fact that I'm pretty sure the film was designed specifically with my interests in mind. Never has another film gotten an ending so right nor with such mastery, beauty, and naturalism. It really is fantastic. Ratcatcher really nails just about everything in terms of quality and value while managing to turn in a compelling and complex film that takes great care to give the viewer just enough information to make the experience unique and rewarding. Sure it's no George Washington, the movies focus on two completely different topics and George Washington really covers much more territory, but who cares? Ratcatcher is still one Hell of a film that I can fully endorse.

Also I am on the old Twitter thing so I guess you can follow me at twitter.com/FLYmeatwad.
Posted by Rich Thorne at 10:17 AM