If The Nightingales Could Sing Like You, They'd Sing Much Sweeter Than They Do

Cinderella (Geronimi, Jackson, Luske, 1950)
Despite the triumphs of the compilation Disney films that have been running for the past couple of months, I was pretty interested to finally get back to a cohesive start to finish plot film. Now as I look over the poster the one line that immediately jumps out is the one that compares this film to Snow White. Obviously a red flag is immediately raised because of how bad Snow White is in just about every respect aside from animation quality. Thankfully, as the film started playing, Cinderella proves to be the exact opposite of Snow White, great in just about everything aside from animation quality. All of the characters look great, and what they are supposed to be interacting with is always top notch, but all of the backgrounds in the film are so incredibly flat and lifeless that the film seems almost amateurish in its construction at points. Hell, during Cinderella's carriage ride to the kingdom the horses look as big as the buildings. The film flashes brilliantly when the animals and the people take center stage, and the rape scene is incredibly striking, but I could never bring myself from looking away from the backgrounds. During one sequence where Cinderella is in one of the bedrooms with her step sisters the bedpost was indistinguishable from the wallpaper. 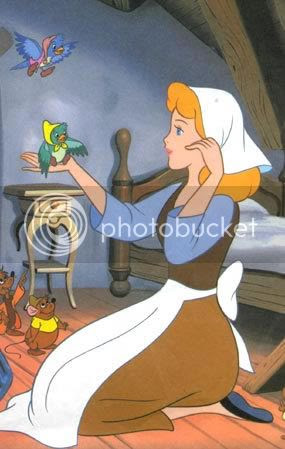 Thankfully, the film remains compelling because of how well established all of the characters are. Sure they are not incredibly deep and the viewer mostly knows what the film has in store, I mean a cat named Lucifer is not going to end up being a good guy, but each character is given personality and the emotional investment is built from there. I was so relieved that the characters were not given the same lifeless models that Snow White assaulted us with that I really cannot help but triumph the film from a story telling stand point. Cinderella is shown as compassionate and this quality is reinforced throughout the entire film, just as her step mother is shown as evil and the film keeps coming back to her to remind the viewer that she poses an immediate threat. It's everything that was missing from the flat princess film Snow White. Paired with the very lean run time (71 minutes), Cinderella never overstays its welcome. 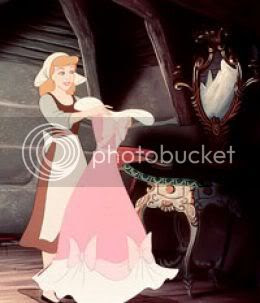 The action scenes are all mostly well paced as well. Sure the introduction and the bead stealing sequence get a little too comedic for my tastes, but on the whole the film really blends humor in excellently with the narrative, and the mice are still pretty charming despite my best attempts not to be won over by their dribbling moronic talk. Lucifer is a pretty imposing cat as well, and having him serve as an extension of the step mother is pretty great. The one scene that really worked for me was the final slipper sequence. The elongated nature of the scene makes it suspenseful right up to the very end, thanks in large part to all the obstacles placed in front of the mice. The one thing that bothered me though is that none of the stuff in the second flight of stairs should have happened at all. The step mother never locked Lucifer in there, someone would have noticed the dog running up the steps and breaking down a door, it just doesn't add up and seems really cheap to me. 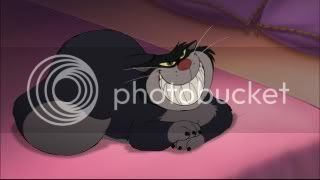 Still, I enjoyed my time with Cinderella despite the film lacking any sort of logic for me to follow. The animation of the people is pretty impressive, and the animals all look great, plus the film is both enjoyable and complex enough to work for audiences of all ages. The real strength, as I touched on earlier, is the use of character establishment and following up with what the film presents. None of the characters are underdeveloped 'archetypes,' which I still think is a poor excuse for lazy writing, yet none go through any sort of dynamic noticeable change. It's all pretty impressive. I wish I had more time for this review, but my eyes are hurting for some reason. Must be the damn computer screen mixed with my allergies.

Cinderella achieves an 11.6 out of 17, with 0 being Fantasia, 8 being my recollection of another specific film in this marathon that will be revealed when it has been watched, and 17 representing how great Hercules is based on my most recent watching, which was likely over the summer, or winter break. 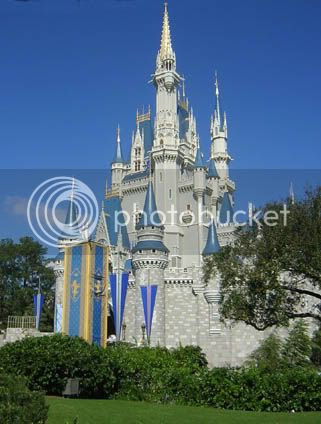 Also I am on the old Twitter thing so I guess you can follow me at twitter.com/FLYmeatwad.
Posted by Rich Thorne at 11:21 AM