Honey, What Reveals You Is What You Try And Hide Away

Shadow of a Doubt (Hitchcock, 1943)
Prior to going into this film I had known two little facts that had me pretty excited. The first, and most notable, is that Hitchcock has stated that he considers Shadow of a Doubt to be his favorite of his American films. The second, and more interesting to me personally, is the involvement of esteemed American playwright Thornton Wilder in the script writing process. Obviously these two elements had me pretty excited to see how everything came together and, while I was not sure why I was skeptical, everything blended together seamlessly to craft a compelling and incredibly tense film. While I can say right now that my underexposure to the rest of Hitchcock's work, I have only seen Psycho, results in my unable to informatively agree or disagree with Hitchcock's endearment, but I am going to attempt to make out what makes this particular film so compelling. 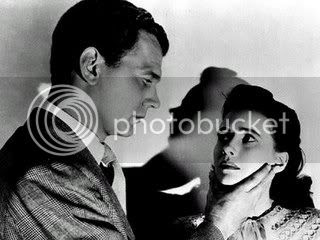 I could go on about the direction, but the film is from Hitchcock so it is to be expected that a certain level of pedigree can be found in just about every scene. Instead, I shall start with the acting that is on display during the film's nearly two hour run. Anchored by Teresa Wright and Joseph Cotten as the two Charlies, the two have perfect chemistry and offer an engaging back and forth dynamic that covers, and nails, just about every emotion in the book. Cotten obviously gives a chilling performance as Uncle Charlie and the way he constantly changes his mannerisms depending on the situation is mighty fantastic, but I would have to say that Wright is easily the stand out. Every scene she is in she brings human elements to instead of simply acting to emotion. She displays innocence and the shattering of this innocence and she handles it with such magnificence that I could not help but be bowled over by her performance. 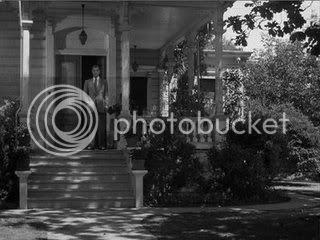 Of course a lot of this has to do with the script. Early on sequences with Ann drip of Wilder's writing, but as things continue to move forward and the film offers up scenes like the one between both Charlies in the bar and the final scene with Wright in the church the film starts to take on a theatrical quality and the dialogue becomes almost poetic. The script is so carefully constructed, or more specifically the dialogue, that the film's themes and the ideas presented are almost immediately heightened to such a high level that the film, even if all the other elements were terrible, would be a fine example of film construction simply for the writing. Factor in how well humor is blended in with the plot and how intense Hitchcock makes the suspenseful sequences and the film takes on a quality of brilliance. Perhaps though the film's second greatest strength is how the viewer is always kept guessing and one can never be sure which direction the film will take in the future. 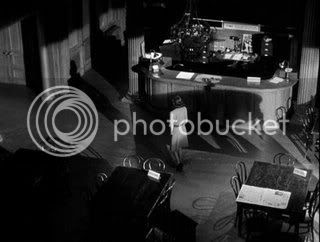 Sadly the film has somewhat of a turning point toward the end where things begin to fall apart. I personally think that everything would have been great if the film has simply stopped when Uncle Charlie makes an ascent up the stairs and we are treated to a beautiful long shot of Charlie holding her hat and standing in the doorway looking upward. But for some unknown reason the film makes one of what quickly become a stream of awkward cuts between scenes and the film starts to show its hand and strip away the ambiguity and suspense in favor of explaining everything to the viewer. A semi romance is tossed in, though mostly handled wonderfully, a few more scenes of visual action instead of the guessing game previously used, and slightly puzzling dinner and train scenes feel incredibly out of place. Now Wilder or Hitchcock attempt to salvage things by having Wright seemingly abandoned by her love interest, keeping the audience on their toes and wondering if Mr. Graham was just leading her along to help with the case, but then he is simply thrown back in at the end to allow for the final monologue to cap off the film. Sure this scene is brilliant and reestablishes the theatrical and poetic aspects of the film, but I must wonder if the film was better off undercutting most of what comes before just to finish on this philosophical note. 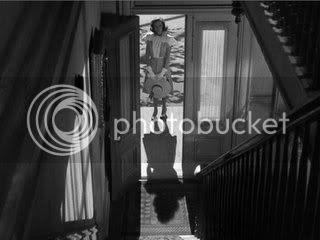 However, in the end the film is still a near masterwork and certainly a cut above the other Hitchcock film I have watched. When everything that has come before is so near flawless I can hardly fault a jarring finale, especially when the film actively makes an attempt to atone for these mistakes even in the way the final few scenes are handled. Shadow of a Doubt is a complex, compelling, and suspenseful film that showcases why Alfred Hitchcock is one of the best filmmakers of all time, and the inclusion of Wilder in the script writing process adds a philosophical layer to the film that results in far more than a simple genre film. The film is not without its flaws, but it is one Hell of a ride that has me excited to dive deeper into Hitchcock's stable of films.

Also I am on the old Twitter thing so I guess you can follow me at twitter.com/FLYmeatwad.
Posted by Rich Thorne at 10:14 AM