Moon (Jones, 2009)
Let's cut the crap. I'm going to keep the references about Bowie and Ziggy Stardust limited in this review. Just getting that out of the way now. There will likely be one in the title because people will expect it and I'll give in slightly to those who think that obvious humor is good stuff. Hell, I can even appreciate the apparent things every so often, so why not draw attention to the fact that David Bowie's son is making a sci-fi film that takes place in outer space, right? It must run in the family, or rather fly in the family. Okay, enough of that shit, let's get down to looking at what is, for the purposes of this review, Duncan Jones's debut feature.

The plot, on the surface, seems fairly simplistic. Sam Bell, portrayed by the ever awesome Sam Rockwell, is working on the Moon for three years to harvest energy. He shares his base with GERTY, a machine apparently designed to assist him during his time on the base. Things start to go awry and the action begins picking up as the tangled web of the LUNAR company slowly begins to unwind during the film's rather lean 97 minute run time. I'll toss up a spoiler section towards the end where I go into more plot details and more of my thoughts about what specifically was so wonderfully handled by Mr. Jones's careful hands. Also, if it has not become at least slightly apparent, I am about to give this film a ton of praise and debate whether or not it can rival Adventureland and Lymelife for the current top spot on my list of Best Films of 2009. 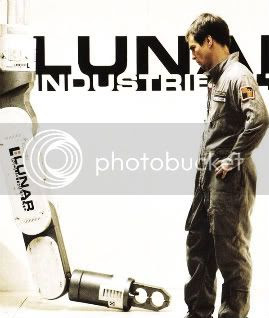 So, speaking of mastery and careful craft, the film possesses an incredibly polished look throughout that really makes the entire film simply stunning to look at, whether it deal with cinematography, direction, or even art direction. The film is mostly minimalistic in terms of colors used, but the way everything blends together is simply wonderful and really makes for a visceral experience that, even if the plot and actors sucked, would mostly make the film worth watching at least once anyhow. From the opening credit sequence to the repeating shots of the harvest machines chugging along on the moon's surface to the simply stunning shot of Sam's rover toward the film's end, the way that Jones works the camera comes with all the mastery of a pastry chef in a bake off. I often found myself wondering if the direction was not as great as the cinematography or if I was just duped into thinking the direction was good because the film looked so good, but every time I started to think about that Jones would offer a shot that quelled my fears. I look forward, greatly, to whatever film Jones decides to tackle next.

I guess for those who are really ultra sensitive, spoilers begin HERE! 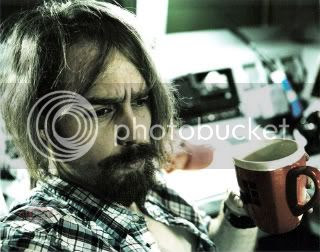 In fact, tackling is a pretty nice word to transition into my next paragraph. This film has a good deal of Rockwell on Rockwell action where Sam is tackling Sam and they start to fight. Sure this may sound comedic in nature, or simply ludicrous if a lesser actor had been given the material, but Rockwell provides a tour de force performance that immediately vaults to one of the best in recent memory. While the script allows for the range, Rockwell's ability to sell the performance and really establish the tension between his two selves is impressive and indicative of the man's talents. The real strength in the performance is found in Rockwell's ability to deliver emotion in a film that had mostly sacrificed it in the script in order to make sure the narrative continued and that the philosophical tension really took center stage. Actually, sacrificed is not the right word since the relationship between Sam and Tess is apparent all during the narrative, but rather it is used as a distraction from the film's apparent purpose, which is more philosophical. 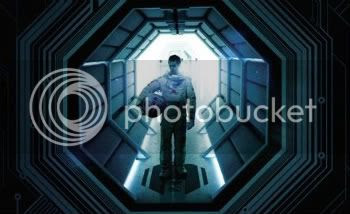 The script relies on playing and manipulating expectations to draw more attention to the philosophical questions and the character study that is going on during the film, so the use of various red herrings is nearly always successful and adds another layer to the overall film instead of feeling cheap or gimmicky. The trailer begins to toy with certain cinematic expectations by portraying GERTY as a H.A.L type robot, and despite helping Sam throughout the film the robot's intentions are always under question, it requires the viewer to be attentive. Even the casting of Kevin Spacey, who gives a stellar performance that showcases, once again, his voice acting prowess, seems to make the viewer suspect that there may be something sinister at work in GERTY's system. Even as the mystery of the LUNAR company begins to become more apparent the film never spells things out yet always seems to provide answers, but also asks that the viewer look for the answers rather than be spoke at, as a film like Star Trek seemed more than willing to do numerous times during the film. An example is found in the decaying of Sam. The film continues to make it apparent why he is decaying, but I do not think the film ever comes out and says that he is decaying because it has been three years. Jones taps the viewer on the shoulder, he does not hit the viewer over the head, it is because of this the film is so successful. 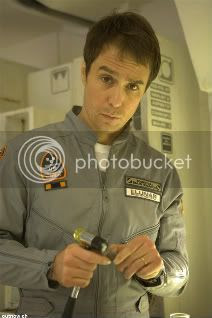 Though perhaps not only because of this fact; the film also is incredibly approachable for a science fiction film and for a film that does get fairly existential at points. On the surface everything in the film is so simplistic, but if the viewer so desires the motivations and consequences of each action on and off the space station can not only be explored, but also found in the film through the subtleties that Jones has so carefully scattered throughout the film. I think that, eventually, the film runs too deep if one begins to try and unravel things too much there is a noticeable collapsing point, but the sheer care that has gone into making the script complex yet still so utterly accessible to any viewer makes up for that fact. The script really hits everything perfectly, and it even manages to blend humor in naturally rather than simply taking a break from the film's progression to inject purely comedic scenes. While it may be an odd aspect to wrap up with, the film's pacing is spectacular and ties things together beautifully.

The film is ambitious, intriguing, and near flawless. A fantastic journey about self discovery and a character study for the ages. Will Moon top my list? Currently, no, but as my rankings continue to shift it will continue to fight for the top spot. Let's toss genre's aside, Moon is not simply one of the best science fiction films ever made, Moon is one of the best films ever made.

Also I am on the old Twitter thing so I guess you can follow me at twitter.com/FLYmeatwad.
Posted by Rich Thorne at 12:21 PM