And Don't Forget To Give Me Back My Black T-Shirt 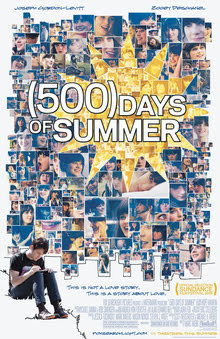 (500) Days of Summer (Webb, 2009)
So I shall preface this review with a piece of information I had not been aware of whilst watching this new picture: (500) Days is Marc Webb's debut feature. Sure that does not change my evaluation of the film, but in relation to that thought I cannot help but be a good deal more impressed with the final result and how everything came together...man. Starring Joseph Gordon-Levitt of Brick fame and Zooey Deschanel of All The Real Girls (both will be referred to as Jo and Zo for the rest of the review), the film sets itself up as the anti-rom-com that plays like a traditional romantic comedy but subverts the genre to unparalleled extremes. It does this, of course, by paying tribute to genre staples that have come before it and adding a good deal of new concepts to the mix. So if you are unable to tell from that remark, I shall state directly that the film does not completely succeed in this ambition. Still, the film has a ton of great moments and some unpolished points, of which I shall now delve into deeper detail. 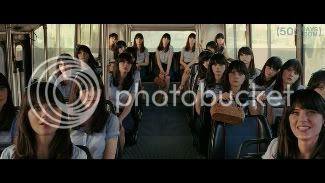 The film is certainly marked by a distinctive visual style at times, both in the way it looks and the way the camera is used, but the whole thing is pretty erratic throughout. Still, the range of shots Webb uses is impressive and has me excited to see what he works on in the future. The way he uses the camera to call back to other films is mighty impressive as well. Aside from a whole black and white foreign sequence that brilliantly recalls a few Ingmar Bergman films, the hand drawn opening echoes Juno, there's an Annie Hall element to the plot, and then a good deal of others in the between. Sadly these references are not always used to great effect. Unlike the stunning split screen expectations v. reality sequence that heralds Annie Hall, the film's first two acts are mostly genre tributes just for the sake of tribute, including a terrible musical sequence. The film calls attention to use of convention, but like, to quote the severely overrated Dark Knight, a dog chasing a car the film does not know what to do once it catches it. In a sense, (500) Days makes an interesting parallel to Duncan Jones's film Moon, which also subverts genre expectations but to the film's benefit. 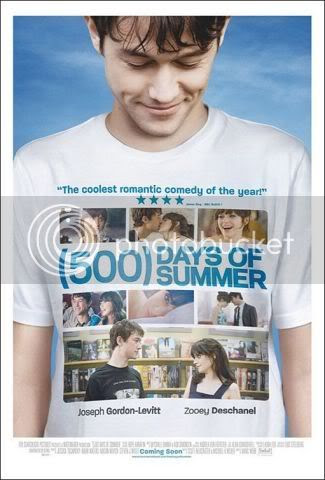 Just like Moon, this film showcases some pretty stellar acting as well. Jo and Zo are brilliant, particularly Zo who gives my second favorite performance by an actress this year. She plays her part perfectly, generating an almost inexplicable magical charm that simply draws the viewer toward her character. In fact she is so genuine in her performance that, when the film makes its big reveal, it almost feels like she has betrayed the viewer. Sadly, the supporting cast is nothing to write home about. Sure they all give decent performances, but the film is clearly a vehicle for Jo and Zo, so not showcasing an outstanding supporting talent is pretty obvious, I assume. Still, none of the performances are really terrible, which is a credit to the film. 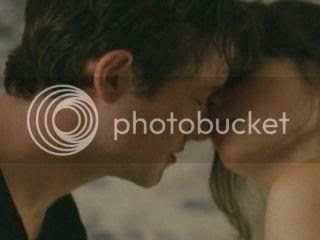 Ultimately, (500) Days is an interesting idea that does not completely live up to its potential during the fairly standard one hundred minute run time. However, it should be stated that the film has an unbelievably strong third act. Once that expectations v. reality scene starts the film barrels along and never pulls a punch. Unfortunately, getting to this point we have to deal with so many scenes that lack the needed humor or intrigue to keep things fresh, the first two acts are mighty bad. I am a man who values endings though, and the way the film pulls everything together is so damn great that I can easily state that the film is, at its worst, a pretty solid film that deserves a watch. Hell, I'll even tack on the B+.

Also I am on the old Twitter thing so I guess you can follow me at twitter.com/FLYmeatwad.
Posted by Rich Thorne at 7:46 AM