I'm Staying In The Hotel, Not The Motel Or The Holi-Day Inn 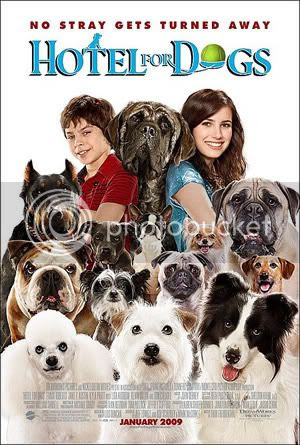 Hotel for Dogs (Freudenthal, 2009)
Coming out of Nickelodeon Movie Studios, I didn't know they were still around, is one of what I like to pretend was one of 2009's most well received blockbusters. That little film, a quiet period piece about the struggles of life, financial strain, and existence in general goes by the seemingly deceptive title Hotel for Dogs. Drawing its influence from the Italian Neo-Realist movement, specifically Umberto D., Hotel for Dogs waxes poetic about all of life's pressing issues and, drawing influence from last year's Wendy and Lucy, makes no sacrifice in regard to emotional power. The fact that the public was able to pick up on such a noticeable masterpiece is pretty much unheard of and quite heartwarming. Or at least that's what I like to pretend. 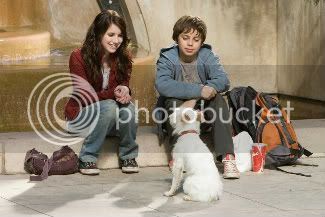 In actuality, Hotel for Dogs is pretty standard stuff at its heart, but the film puts on enough of a show to keep things both fresh and interesting enough to sustain its abnormally lengthy run time of almost two hours. Things start off interestingly enough as the viewer is greeted by a constructed plastic town full of whimsy and the 1950's American Spirit, or something of the sort, before introducing us to Friday as he prowls the streets of some pseudo-city area for some food. Shortly after we are introduced to both Andi and Bruce, Friday's owners and the film's protagonists. Marking these opening sequences is some pretty nice direction, mixing in a few pretty neat shots and sequences, but ultimately nothing of huge interest. All of these things set up nicely for the film as a whole because on the whole the film proves to be a mostly mixed bag of entertainment in spite of the standard technical pieces. 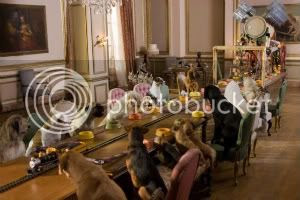 Of course there is one major exception to this, and that is in the design and integration of the devices used inside of the Hotel. Most of the inventions that the film has Bruce come up with are really fun bits of whimsy inserted into the film to give it a nice atmosphere without being too over the top or unrealistic. Sure there is a suspension of belief needed to buy into all of the things that are happening on screen, but the film asks the viewer to do this from the beginning and, for the most part, earns this suspension while still keeping things contained in this world through the whole thing instead of breaking it when it could be convenient for the narrative. 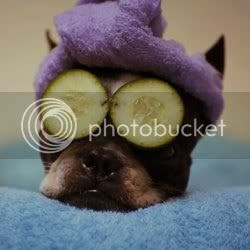 Of course this is not the film's only triumph. While the narrative as a whole is pretty predictable, and when the film takes advantages of connecting plot to larger themes things become pretty obvious, the construction is mostly admirable and the film rarely wastes any time or has any points that feel like stalls in the narrative process. Also the integration of the 'we are orphans and the dogs are like us' metaphor is nice considering that the film is geared toward a younger audience, not to mention that it, mostly, avoids being overly direct or dumbed down to the point where it insults older viewers. There is an extended monologue at the end where things start to get a bit preachy, but it mostly works in context of the film despite almost serving as a literal soapbox. Unfortunately the film does not really integrate humor as well as it could, especially considering that Jake T. Austin has already shown an ability to be incredibly funny when given the correct material. Sure the film has Troy Gentile turn in a strikingly funny performance as Mark, but on the whole the film could have been a good deal funnier than the final product would imply. 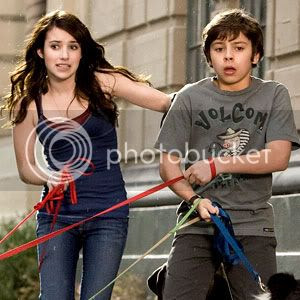 Speaking of Jake T. Austin, I was really looking forward to seeing how he would do in a full length film after watching him develop from a slightly tolerable throw away character to one of the most interesting cast members in Disney's Wizards of Waverly Place series, but I was very disappointed with his part in the film. He always felt like he was trying a bit too hard to be the reserved, sheltered, and conflicted younger brother type. He has a few flashes that are really promising, but the role does not offer much and Austin, sadly, does not do much to make it how own, but he is still growing and he shows promise as an actor. Of course it does not help that he is constantly alongside Emma Roberts. I had jokingly said that, after seeing her in Lymelife, that she has potential to top both my Lead and Supporting Actress lists for the year so far, but little did I know that it would turn out to be almost true. In a sea of near mediocrity, Roberts turns in a marvelous performance that must cement her as the most interesting young actress currently working. The range she shows is impressive, but the believability and personality she brings to the Andi character is endearing and inspired. Most of the supporting cast is really good, but Roberts is clearly the standout star and, while I would really need to think of other actresses to know where she falls in my rankings, she certainly is pretty damn impressive here. 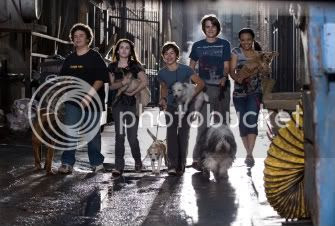 All in all Hotel for Dogs, despite being nothing revolutionary, possesses enough charm, and more than enough dogs, to have kept me both entertained and enjoying my time with the film. Sure, I tend to give most films that involve canines a pass, but here the film is well constructed enough to really succeed and sustain itself without feeling overly cheesy or ever mind numbingly stupid. Highlighted by Emma Roberts' second incredible performance of the year, Hotel for Dogs is a nice bit of escapist cinema with enough earned emotional pull to lift it from decent to good territory. It's a film I would not mind watching again some time in the future and really had my surprised with how much I had eventually enjoyed the film. The film also has a pretty funny Reservoir Dogs homage in it too, which is pictured above.

Also I am on the old Twitter thing so I guess you can follow me at twitter.com/FLYmeatwad.
Posted by Rich Thorne at 10:27 AM